Blue Zoo aquarium on its way to Pinnacle Hills Promenade in Rogers, hopes to open by year’s end 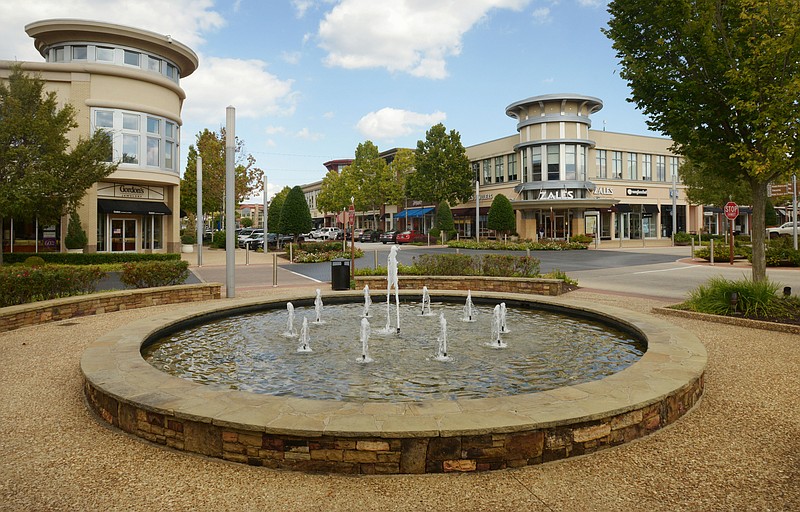 ROGERS -- Pinnacle Hills Promenade might have a fish petting zoo by the end of the year.

Wes Haws, founder and chief executive officer of Blue Zoo aquariums, hopes to open a 22,000-square-foot store in December, though he said supply chain issues might delay the opening until 2023.

The location at 2203 Promenade Blvd., within the central strip of the mall, is a $3.2 million project, Haws said.

"We're constantly on the lookout for alternative offerings to bring to our visitors and Blue Zoo is just that," said David Faulkner, senior general manager of the Promenade. "We pride ourselves on having a wide variety of tenants, including retail, dining and entertainment, and we're confident that Blue Zoo will be a successful addition to our center."

The first Blue Zoo moved into Spokane, Wash., in 2018, followed by an Oklahoma City location in July 2020 and a Baton Rouge, La., location in April 2021, Haws said. Plans are also in the works for a Blue Zoo aquarium in Boise, Idaho, where the company is based, according to a news release.

The closest aquarium to Rogers is Wonders of Wildlife National Museum & Aquarium in Springfield, Mo., about 100 miles away.

When scouting potential Blue Zoo locations, Haws said the company looks for cities and regions that have 1 million people and no aquarium within 100 miles. Rogers met the criteria, he said.

"It's super fast-growing, very friendly to business and what we're trying to do," said Haws about the city.

He said he also enjoys opening aquariums inland because many children have never seen most of the animals and fish in-person before.

Among the store's 22 exhibits will live an array of wildlife ranging from birds to butterflies to stingrays, he said.

The aquarium will include three reptile rooms, a stingray touch pool, a 45,000-gallon shark tank and an Amazon River exhibit with an arapaima, which is among the world's largest freshwater fish.

Though the aquarium won't specialize in particularly exotic creatures, visitors of all ages will get to interact with the animals by petting the stingrays, feeding the birds and walking through a room full of butterflies, he said.

The Rogers store will be the first time Blue Zoo has installed a butterfly room, he said.

For admission to the aquarium, guests will purchase day passes -- $20 for adults and $17 for children -- or year-round passes for $40. Discounts for groups of 12 or more and members of the military will also be available.

Haws also hopes the space, which will have a DJ booth and dance floor, will be a community center, hosting events like office and birthday parties, he said.

"Developments such as these are attractive to employers, retirees, relocators and others looking to move to the area or do business here," said J.R. Shaw, executive director of Visit Rogers. "That in turn creates more opportunities for all of our communities."

Shaw said demand for unique venue space is high in the region, so special events should do well at the business.

The aquarium will join other entertainment attractions at the Promenade including Dave & Buster's and a Malco movie theater.

The Planning Commission approved a permit for the fish petting zoo May 17. Construction has since started on the project, according to Haws.