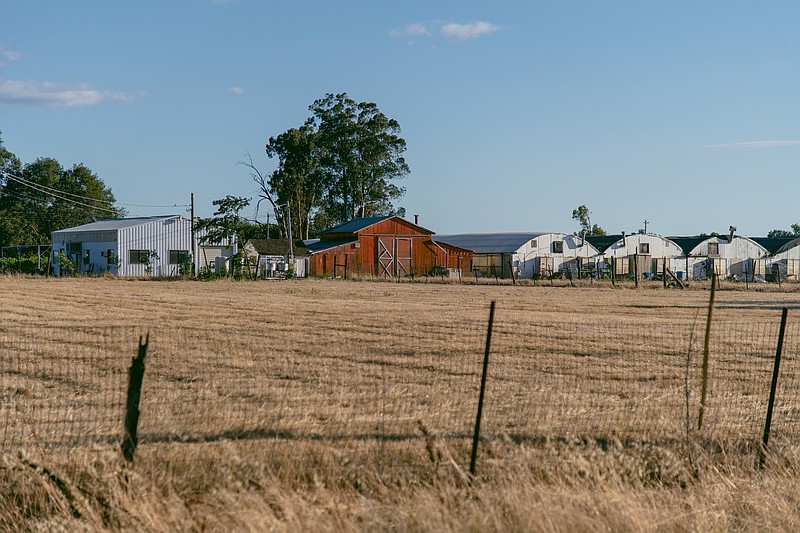 A barn is seen off Highway 88 in Lockeford, California, on June 17, 2022. MUST CREDIT: Photo for The Washington Post by Marissa Leshnov.

LOCKEFORD, Calif. -- When Amazon announced last week that it would begin delivering packages via drones for the first time in the United States, the news took many residents of unincorporated Lockeford by surprise.

Six months ago, Amazon contacted local authorities in this rural town to let them know it planned to launch its long-awaited drone delivery service here. But as of last week, many of the residents still didn't know about the plan.

An 82-year-old woman who lives directly across the street from the still-under-construction drone facility with her dog, horse, two ponies and small herd of goats said no one had mentioned Amazon's plans to her. The same went for two brothers busy converting the neighboring winery they recently purchased into a marijuana farm.

A man at a local archery shop commented jokingly, "Target practice!" when he found out.

Amazon often embarks on its projects covertly, using code names and negotiating tax subsidies in secret -- whether building data centers, corporate headquarters or new fulfillment centers. But the big reveal sometimes comes as a shock to locals, triggering fights between the tech giant and communities it aims to court.

In recent years, a Denver suburb, an island community on New York's Canadian border and a small town in Massachusetts have all rallied to stop development by Amazon after the news became public.

In 2018, after a hush-hush process to select New York City as one of its second headquarters sites, it scrapped the plan due to major pushback. Amazon is in the process of building its so-called HQ2 in Arlington, Va.

The team that chose Lockeford liked it because of its weather, rural topography, access to the highway and existing customer base, a former Amazon employee, who spoke on the condition of anonymity out of concern for retaliation, told The Washington Post. But the team also thought it was a good choice because there wouldn't be too much red tape.

It "felt sort of cowboy and do-what-you-will out there," the former employee said.

The company said it started reaching out last week to locals within a 4-mile radius of the site to find out who is interested in trying the program.

Those who sign up will be able to choose from a selection of items under 5 pounds being stored at a small nearby warehouse. The drones, which are 6.5 feet wide and almost 4 feet tall, are supposed to drop the packages on a predetermined spot from a height of about 4 feet.

There were some caveats: San Joaquin County, which houses Lockeford, is still processing its permits, and the company still needs to get sign-off from the Federal Aviation Administration.

But not all residents are ready to lay out the welcome mat.

"They're invading our privacy," said Tim Blighton, a cement contractor who lives near Lockeford and disclosed he once threatened to shoot down a neighbor's drone flying over his house.

He's worried about Amazon cameras seeing into his backyard. But Blighton added he wouldn't be interested in any kind of delivery from Amazon, which he said is "going to destroy our mom-and-pop stores."

"I'm not an Amazon guy," Blighton said. "I think they're going to wreck everything for us."

The company's drone "does not capture imagery from underneath when it is flying to its delivery destination and back" and doesn't use that data for any other purpose. The drone project will add new jobs, too.

Some day, seeing Prime Air drones will be as normal as Prime delivery trucks, he said.

"However," he added, "if someone did shoot down a drone they would have broken the law."

Amazon founder Jeff Bezos, who owns The Washington Post, made a big splash when he announced drone delivery on "60 Minutes" in 2013. But the company has struggled to deliver on its promise, so far making just one drone delivery in Cambridge, England, in 2016 before the team was disbanded.

In March 2020, Bloomberg reported, Amazon hired David Carbon from Boeing to speed the project along, and some employees clashed with his approach. Former flight assistant Cheddi Skeete has spoken out publicly about his safety concerns regarding Prime Air, which has experienced multiple drone crashes during test flights, including one in Oregon that started a 25-acre fire.

Amazon has tried to sidestep regulation and avoid FAA inspections following crashes, Business Insider reported last month. Asked whether the clashes between the agency and the company over its test site in Oregon could delay the drone launch, FAA spokesperson Ian Gregor said the agency "doesn't comment on pending certification projects or discussions with companies."

Zammit said the company's drones are tested in a "closed, private facility" and "no one has ever been injured or harmed as a result of these flights."

The Lockeford deliveries won't be experimental, he added, and will be offered under an FAA air carrier certificate to ensure the program meets the agency's "high safety bar." The company is working closely with local authorities, too.

The former Amazon employee familiar with Prime Air said the team is under pressure to accomplish some deliveries this year, or the future of the project could be under threat. Amazon denies this.

Some Lockeford residents said it could make sense for them.

"I've got a lot of room, why not?" said Tracy Clarke, a local Amazon customer who said she orders just about everything from the site.

Pam Coleman, who lives on a nearly 30-acre property not far from Lockeford, said the nearest town has only a few amenities.

Greg Baroni is an Amazon customer who lives close enough to sign up for drone delivery. But he said Amazon delivers packages to his house fast enough as it is.

"I don't think drones are needed," he told The Post. "They're taking jobs away from people who are looking."

Like Blighton, the idea of drones made him uncomfortable. "I don't want drones flying around my house -- we live in the country," he said.

The property where Prime Air will be based, which Amazon is leasing from a local concrete producer, was already zoned for distribution, according to Stephanie Yoder, a spokeswoman for the county. The county said the company is currently in the process of getting the appropriate building and business permits, adding that it will also undergo an environmental review via the FAA.

Amazon has a team that interfaces with local governments to ensure the community is open to its presence, the former employee said. It can also be a challenge to convince customers to participate in a program that limits what they can order and requires coordination with Amazon.

"It's a pain," the employee added. Zammit said customers will be able to order packages to be delivered by drones in the normal way.

Amazon has also announced plans to bring drone delivery to College Station, Texas, where the city council is scheduled to vote on the plan on July 14. But at a zoning commission meeting last week, members of the public voiced concerns about safety and noise.

Resident Amina Alikhan, who said if Lockeford was open to trying drone delivery first, College Station should "let them be the test site." But in Lockeford, many residents were surprised to hear their rural farming town had been picked for Amazon's program.

"I have a large amount of livestock and horses, and a drone would easily frighten the animals," said Naydeene Koster. "Horses will run straight through a barbed wire, or really any kind, of fence when they think they're in danger. I've seen horses kill themselves over a flying balloon, I'd hate to see the damage a flying drone would cause coming into their area."

"Lockeford is an old-school farm town made up of mainly old ranches," she continued. "So the idea of this newer technology invading your privacy while potentially scaring your animals is quite scary to many out here."

Zammit said the company has worked to reduce noise and will "work hard to minimize any potential disruption."

Lockeford resident Joy Huffman said her daughters order so much from Amazon that she gets a package delivered almost every day. Still, she's not sure she'd volunteer for the program.

"I wonder how it's going to work," she said. "Hopefully, the drone puts it in the right yard."

"I don't like the taking people's jobs away," said Jennifer Hoy, who moved to Lockeford from nearby Lodi about a year ago. "But I do want to check it out -- I'd like to see what it looks like."

But there are also those for whom Amazon, whether delivered by human or drone, is a nonstarter.

"My stepson worked for them, they don't treat their employees right," said Jay Jiminez, who stopped to pick up sausage in Lockeford last week. "If I go to order something and I see it says Amazon, I pass it by."

A man watering his garden just down the road from Amazon's soon-to-be drone launch site was also concerned about Amazon's poor reputation as an employer.

The man, who declined to give his name, said his wife orders from Amazon regularly. Asked if he'd be signing up for the drone experiment, he shook his head.

"They have too much money and too much power already," he added. 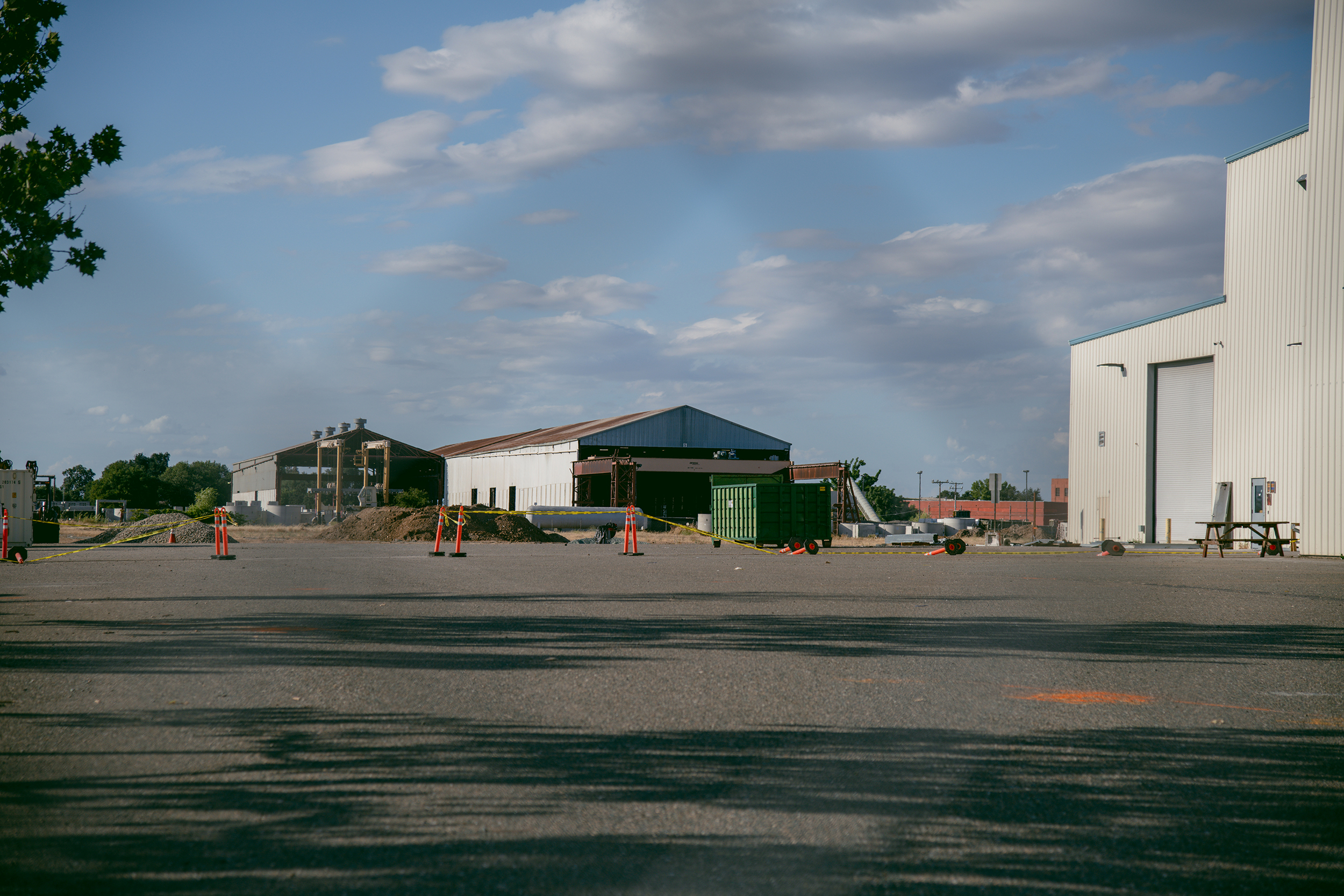 An Amazon facility in Lockeford, California, remains under construction on June 17, 2022. MUST CREDIT: Photo for The Washington Post by Marissa Leshnov. 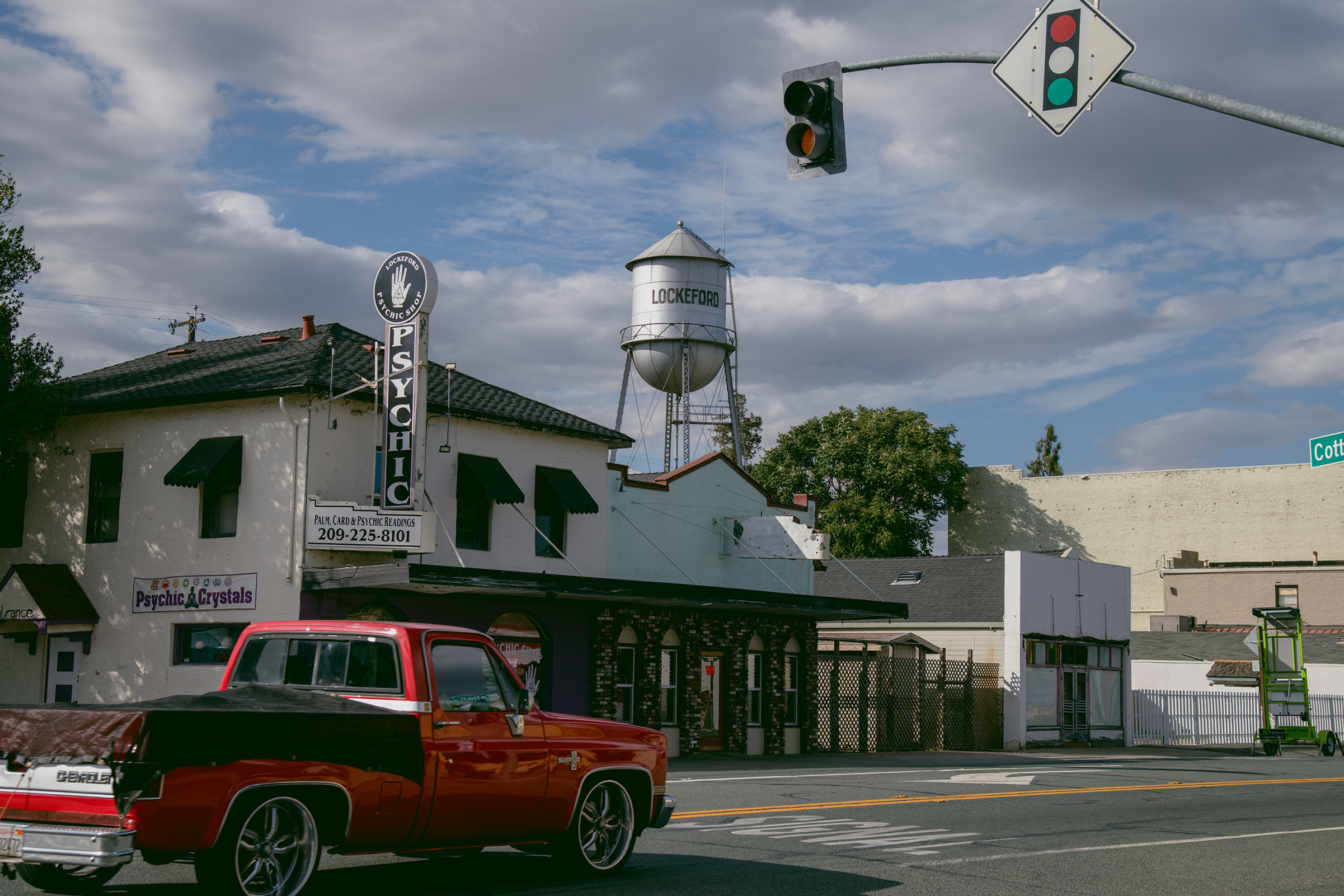