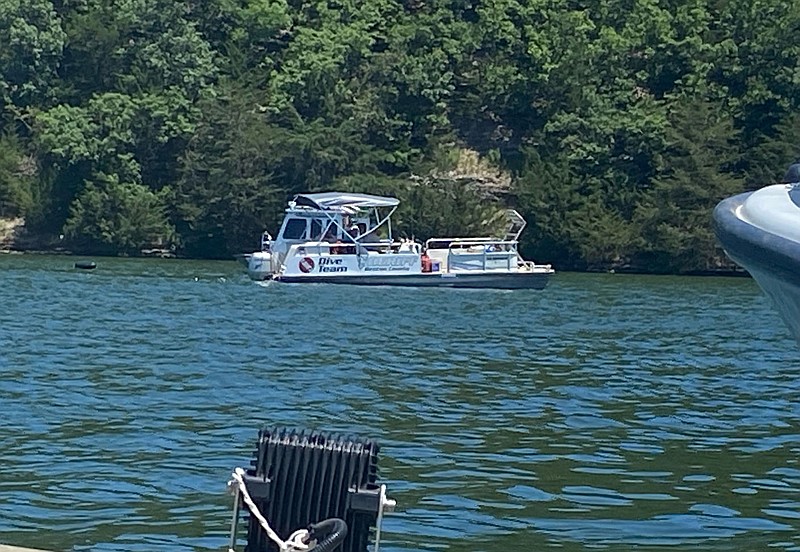 A dive team on Monday recovered the body of a 35-year-old man who was reported missing in Beaver Lake in Northwest Arkansas over the weekend.

A day earlier, authorities recovered the body of a 22-year-old man who drowned in the Mulberry River in west Arkansas.

In the Beaver Lake accident, the Benton County sheriff's office received a call about 9 p.m. Saturday about a man who had fallen off a boat in the lake's Prairie Creek area, said Meyer Gilbert, chief deputy for the sheriff's office.

The sheriff's office searched for the man Saturday night and for most of the day Sunday. The search resumed about 7 a.m. Monday, Gilbert said.

About 1 p.m. Monday, they found the body of Edwin Jehovany Avila Garcia not far from the boat docks at Prairie Creek, about 100 to 150 yards from the no-wake zone, Gilbert said.

"It was quite a bit away from the area of where the witnesses actually said they'd last seen him, so that's why it takes so long," he said.

Gilbert said Garcia's death is being handled as a boating accident and the Arkansas Game and Fish Commission will handle the investigation.

Garcia was one of seven people on the boat. The other people said Garcia had a medical emergency and fell off the boat, Gilbert said.

Garcia's body will be taken to the Benton County coroner's office, Gilbert said.

The incident occurred about one year after a similar one in the same area of the lake. A 27-year-old Fayetteville woman was reported as missing after falling out of a boat the evening of June 13, 2021, according to a sheriff's office spokesperson. Emergency responders, after an extensive search, recovered the woman's body two days later.

In the Mulberry River accident, a man's body was recovered at 5 p.m. Sunday near the Silver Bridge, which crosses the Mulberry River and is on the line between Crawford and Franklin counties, according to Chief Deputy James Mirus of the Crawford County sheriff's office.

In a Facebook post on Sunday evening, Mulberry Mayor Gary Baxter thanked those who assisted in the search and recovery effort at Silver Bridge, which he says began Friday and was led by Mirus.

Mirus said Monday afternoon that teams initially responded in an attempt to rescue Edward Bennett, who went underwater. According to the chief deputy, witnesses said Bennett was swimming from side to side and was not a strong swimmer.

The sheriff's office hadn't confirmed the identity of the body that was recovered Sunday, he said.

The water was low, which Mirus said made it difficult to get resources like dive teams and sonar teams, along with equipment, in the river.

"A citizen brought his airboat up because that was the only thing we could get in the water," Mirus said.

Baxter also added that another drowning took place in the same location less than four weeks ago, on May 21. First responders transported the victim of that drowning, a man in his late 40s, to a local hospital where he later died.

The chief deputy said that Silver Bridge is a popular swimming hole and has been for residents of Mulberry for generations.

"In reality we have several drownings a year," Mirus said. "People are looking for free places to swim and cool off. That's the easiest thing to do, the first thing people do is go to the [river.]"

Most people don't realize how strong the undercurrent is and get swept away, according to Mirus.

He said that paying attention, staying with groups and using flotation devices can help improve safety when participating in water recreation.