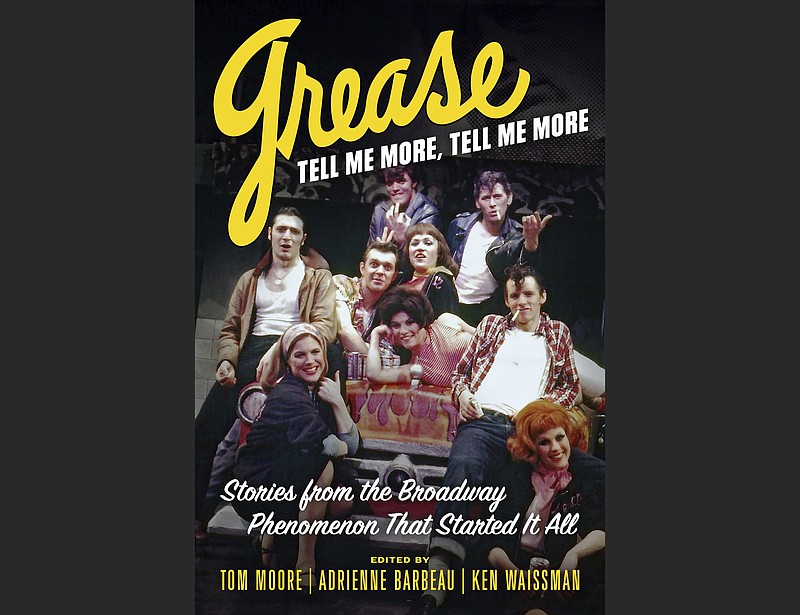 “Grease, Tell Me More, Tell Me More: Stories from the Broadway Phenomenon That Started It All” is a new book culled from stories submitted by some 100 cast and crew members from the 1972 musical. (Chicago Review Press via AP)

NEW YORK — On Valentine's Day 1972, a musical opened off-Broadway needing a lot of love. It was already $20,000 in debt and the reviews were mixed to poor. A decision had to be made: Keep going or give it the kiss off?

The choice to continue was a risky but fateful one, not only for the investors but also for the actors who would subsequently use it as a career incubator, including John Travolta, Richard Gere, Patrick Swayze, Treat Williams, Marilu Henner, Peter Gallagher, Alan Paul, Judy Kaye and Barry Bostwick.

That show was "Grease," a tale of teen angst and true love set in the mid-1950s. It would go on to transfer to Broadway for a then-record eight-year run, spawning several touring companies and a celebrated film. Not many know that it was almost stillborn.

The story of the show's often rocky beginnings into a pop culture juggernaut is told in the new oral history book "Grease: Tell Me More, Tell Me More," culled from stories submitted by some 100 cast and crew members and edited by Moore, "Grease" veteran Adrienne Barbeau and producer Ken Waissman.

The book includes the behind-the-scenes hookups, the accidents — broken ankles were a big risk — life on the road, the time Richard Burton and Elizabeth Taylor stopped by to enchant the cast, their encounter with Liberace, performing the show with flashlights during the 1977 New York blackout and the day the show closed on Broadway in 1980, complete with dozens of great photos.

The book came out June 7, which was the 50th anniversary of "Grease" opening on Broadway. It is structured chronologically as the show is born and cast and then as it sparks multiple tours, with chapters at the end organized by theme. All participants were welcome to add their stories, from understudies and orchestra members to actors and designers.

"Some had really very amusing, very risque backstage stories that I didn't even know about it," says Waissman, who helped audition 2,000 people for the first company's 16 roles.

It was Waissman who fell in love with an early iteration of the show when it was an amateur production playing weekends at a converted trolley barn in Chicago. "I saw my entire yearbook come to life," he says. 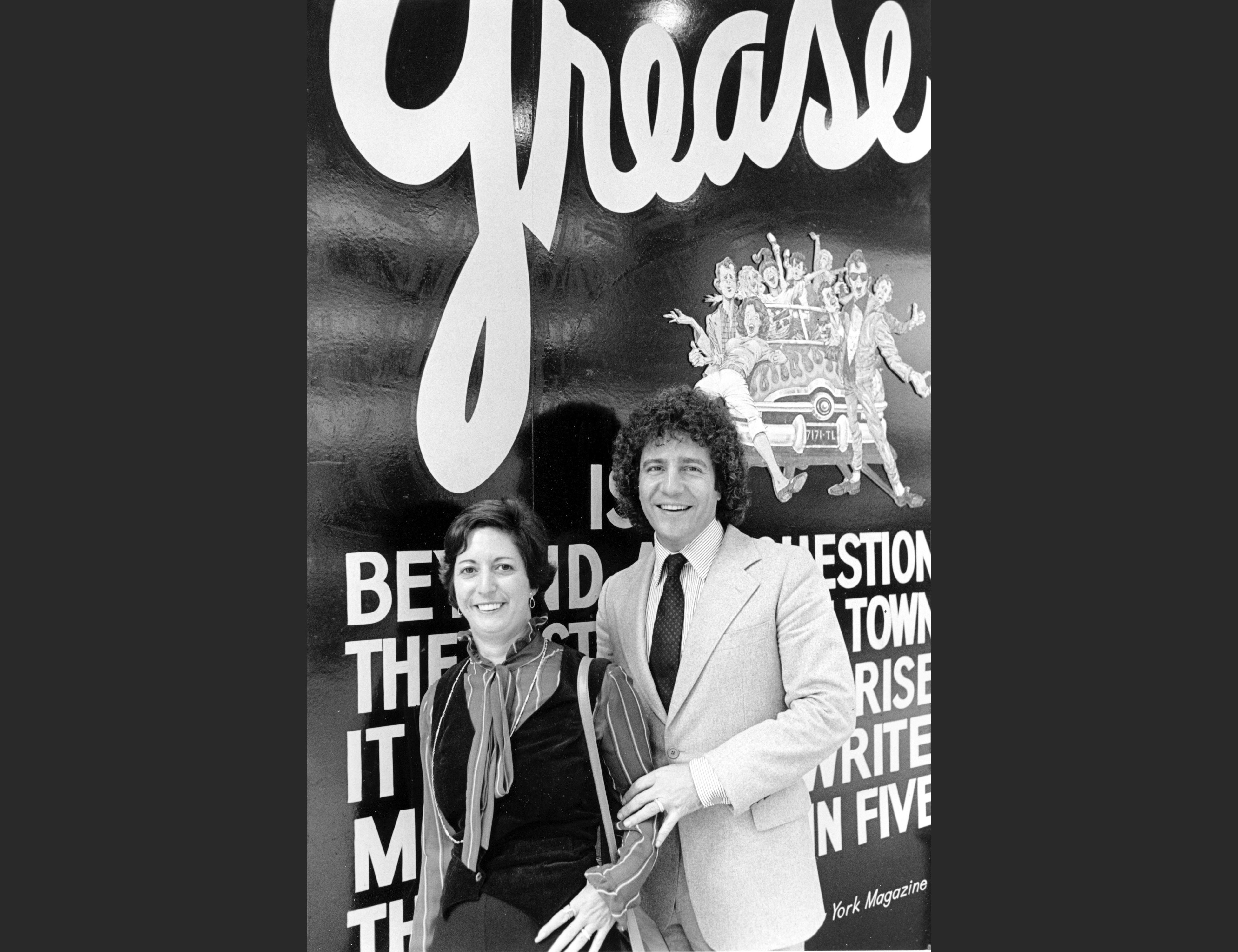 Theatrical producers Kenneth Waissman (right) and Maxine Fox pose outside the Royale Theatre in New York on Oct. 23, 1979. The couple produced the musical “Grease,” which had been playing on Broadway since 1972. (AP file/Marty Reichenthal)
The other soon-to-be stars who had roles in "Grease" include Tony Award-winning Broadway directors Walter Bobbie and Jerry Zaks; authors Laurie Graff and John Lansing; and TV stars Ilene Kristen, Ilene Graff, and Lisa Raggio.

The musical centers around the T-Birds, a "greaser" gang, and their girls, the Pink Ladies. The main romance is between the leader of the T-Birds, Danny Zuko, who still pines for his summer love, the "good girl" Sandy Dumbrowski. It's a show about forming friendships, raging hormones, petty jealousies and hot-rod racing.

All successful musicals leave members with fond memories, but "Grease" was different in that it was an ensemble musical that employed young actors all of roughly the same age — ideally, close to high school. It was often an actor's first big break and that reflected the themes of the show.

Members of the various companies — touring productions often became farm teams for Broadway replacements — have kept in touch via social media over the years. When the pandemic hit, the idea was floated to combine all the stories into a book, a way to connect during a national isolation.

"It was as intense as it had been in rehearsal because everybody wanted to get it right," Moore says. "These memories are so important to them."

The book — published by Chicago Review Press — makes it clear how tight money was at the start, with costume designer Carrie Robbins using her own shower curtain to make a beauty school smock and cutting up her pink bath mat and toilet seat cover to make a poodle skirt.

It was Waissman and co-producer Maxine Fox who made the bold step to keep the show open in 1972 despite debt and poor reviews. Waissman explained it this way: "Look, we can't afford the $20,000 that we owe right now. We might as well not afford a lot more. So we're not closing."

Moore credits Waissman and Fox with believing in the project and saving a show that would go on to mean so much to so many people. "You don't see that a lot with producers now," he says.