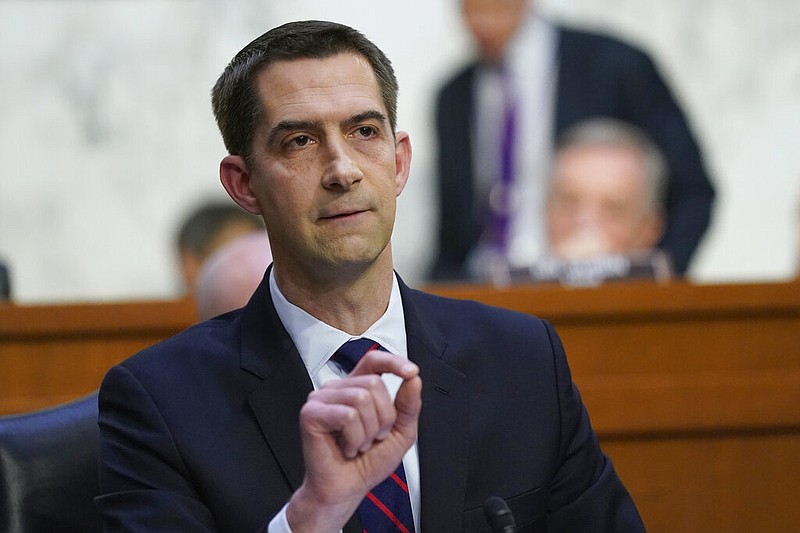 WASHINGTON — U.S. Sen. Tom Cotton says he will oppose a bipartisan gun violence package after the release of legislative text that would put in place tougher gun laws.

The 80-page measure released on Tuesday comes more than a week after a bipartisan group of senators announced a framework on mental health, school security and gun measures. Lawmakers are moving on the gun issue following a massacre at an elementary school in Uvalde, Texas and a mass shooting at a supermarket in Buffalo, N.Y.

Cotton, a Republican from Little Rock outlined his opposition to the bipartisan legislation in an interview on Wednesday, saying he’s concerned about the “vague, undefined general terms” in the bill that violate “the rights of law-abiding citizens.”

“I’m worried again that it’s very vague in general and rather than Congress doing our job to define these things precisely, especially when you’re talking about elements of criminal law, they’re leaving it to the courts,” he said.

He expressed some support for portions of the legislation, but said there are more “worrisome” measures than positive provisions.

One portion of the legislative proposal would strengthen background checks for gun buyers under 21 years old by requiring an investigative period to assess juvenile and mental health records.

"I definitely think juvenile records should be in the background check system up to a certain age," he said. "I do worry again that that's been done in a very vague way that is going to put the thumb on the scale that anyone under the age of 21 will have a de facto 10-day waiting period."

A bipartisan group of senators, including Sen. Chris Murphy, a Democrat from Connecticut, and Sen. John Cornyn, a Republican from Texas, issued a statement Tuesday saying the legislation aims to keep schools safe, protect kids and cut down on the threat of violence.

“Our legislation will save lives and will not infringe on any law-abiding American’s Second Amendment rights,” the group said in the statement. “We look forward to earning broad, bipartisan support and passing our commonsense legislation into law.”

U.S. Sen. John Boozman, a Republican from Rogers, has said he's open to considering a bipartisan agreement. But he has stipulated that he wanted to see the specifics of the legislation. His office did not immediately respond to a request for comment on Wednesday.