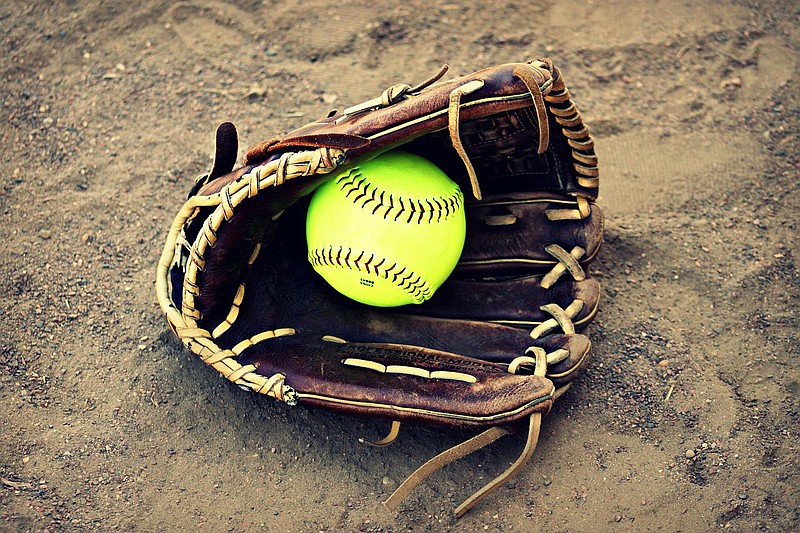 Pitching was at a premium for Conway softball Coach Chata Hickey this past season.

Fortunately for her and the Lady Wampus Cats, their ironwoman showed she was more than capable of shouldering a load that not many in the state's largest classification are forced to bear.

"I just wanted to do everything I could and stay focused throughout games," said All-State hurler Katlyn Erickson, who is gearing up to appear in her final high school contest Friday when she takes the field in the Arkansas High School Coaches Association All-Star game at Farris Field on the campus of the University of Central Arkansas in Conway. "I knew I'd have to go out and pitch a lot, but I didn't want to let my teammates down. ... Just wanted to do all I could and be there for my team."

Erickson was there every step of the way for Conway in 2022 – literally.

The Southern Arkansas University Tech commit pitched every single inning for the Lady Wampus Cats, who finished 14-12 and reached the Class 6A state quarterfinals. That workload may not have been ideal for her, but it didn't come as a huge shock, either.

As a junior, Erickson, who collected more than 350 strikeouts in her career, was the unquestioned ace for Conway, but Hickey had Alyson Hall at her disposal if called upon to take over in the circle. Hall, however, was a senior at the time, meaning that option wouldn't be available this season.

"The thing about it is that Katlyn had her 10th-grade year taken away because of covid, too," Hickey said. "She was on the [junior varsity] but had the potential to get some action on varsity, but she didn't get that opportunity. So she basically had freshman-level experience coming in, but she was still able to be our rock when we needed her to be in 2021 and took us all the way to the finals.

"She did have some help with [Hall], but this past season, Katlyn absolutely carried us. If there was a varsity pitch thrown, she threw it. I mean every single one of them."

Erickson tossed 167 innings, with six games going into extra innings, and finished with nearly 160 strikeouts and 2 no-hitters. She also had six shutouts and came up huge in some of the team's biggest moments.

Hickey recalled Erickson allowing a pair of runs late during the 6A-Central Conference finale against Bryant before settling down and helping Conway pull out an 11-10 win. But for the long-time coach, it was her standout pitcher's unflappable ways that drew the brunt of her admiration.

"We call her, 'Giggles,' " Hickey said. "And that's because you couldn't tell whether or not she was mad or sad whenever something didn't go her way on the mound. I could be fussing at her, and then she'd start laughing. I remember once when I called for her to throw a screw ball, and when she threw the pitch, it came in faster and off.

"When I went and asked her about it, she was like 'Coach, that was my scrise ... my screw ball and rise ball together.' If she was having an off day, she would suck it up and never quit. She took games like that in stride because she knew she had a job to do."

With Erickson, that job entailed being the best version of herself despite whatever obstacles she came across, be it internal or external.

Conway lost back-to-back games just once last season, but the Lady Wampus Cats dropped consecutive matchups three times this year, including four in a row from March 18-April 1. Still, they were able to battle back and grab the No. 3 seed in the state tournament, with Erickson powering her team to a first-round victory over Fort Smith Southside.

She also pitched admirably in the next round against Rogers when she allowed four hits and one run each in the first and second innings of a 2-0 loss. That defeat may have signaled the end of her prep career at Conway, but it didn't necessarily damage her psyche, particularly because she felt she gave everything she could as a Lady Wampus Cat.

Her sentiments were apparently shared on a statewide level, too, because she was chosen to take part in this week's all-star festivites, which are taking place for the first time since 2019.

"It means a lot to me," said Erickson in reference to being selected to play at the event. "After my sophomore year, then going to the state championship game my junior year before coming up short this season. ... it's a memory that I'll have forever. I just want to go out, play hard and do my best.

"It's my last high school game so I want to make the most of it."