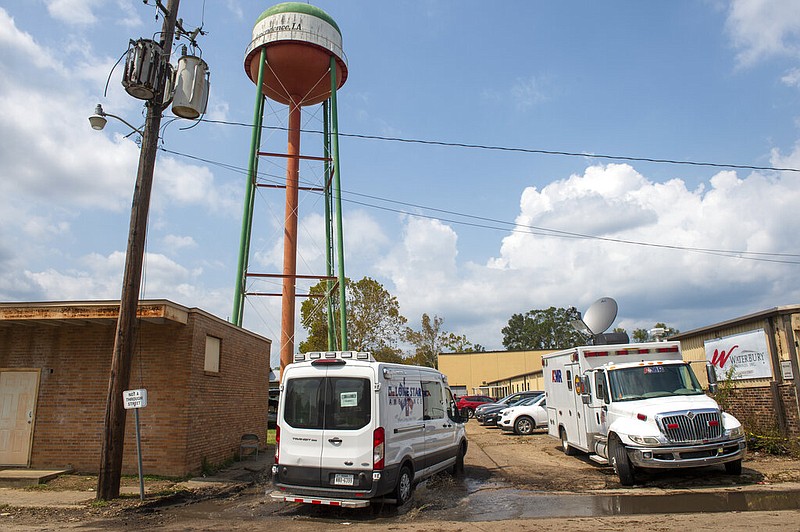 Emergency personnel arrive to evacuate people at a mass shelter in Independence, La., in this Sept. 2, 2021 file photo. The owner of seven Louisiana nursing homes whose residents suffered in squalid conditions after being evacuated to a warehouse for Hurricane Ida has been arrested. Online booking records show that 68-year-old Bob Glynn Dean Jr. was in custody Wednesday, June 22, 2022 in Tangipahoa Parish, La. (Chris Granger/The New Orleans Advocate via AP)

In the days after Ida hit, last Aug. 29, the state reported the deaths of seven people who had been evacuated to the warehouse in the town of Independence. Five were classified as storm-related deaths. State and federal officials described miserable conditions at the warehouse, with some bedridden residents on floor mattresses crying for help and some with full diapers.

Online booking records show that Dean was in custody Wednesday afternoon in Tangipahoa Parish. His attorney did not immediately respond to an emailed request for comment.

In the news release, Landry said Dean billed Medicaid for dates his residents were not receiving proper care at the warehouse “and engaged in conduct intended to intimidate or obstruct public health officials and law enforcement.”

Dean had already lost the state licenses for his seven facilities after moving hundreds of residents to a poorly equipped warehouse as Ida approached. In May, the U.S. Department of Health and Human Services announced it was prohibiting Dean from receiving federal funding, including Medicare.

Ida blasted ashore last August as one of the most powerful storms ever to hit the U.S., knocking out power to all of New Orleans, blowing roofs off buildings and reversing the flow of the Mississippi River as it rushed from the Louisiana coast into a major industrial corridor. Ida’s landfall with 150 mph winds marked the first time in recorded history that a state got back-to-back years of 150 mph winds or more.