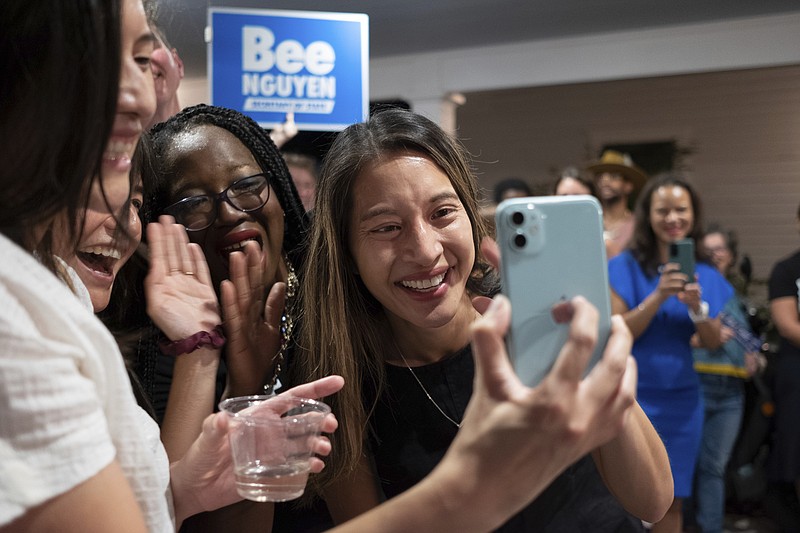 CORRECTS MONTH TO JUNE INSTEAD OF JANUARY - Georgia state Rep. Bee Nguyen FaceTimes with her parents while celebrating Tuesday, June 21, 2022, in Atlanta, after winning a runoff election to be the Democratic candidate for Georgia Secretary of State. (AP Photo/Ben Gray)

MONTGOMERY, Ala. -- Katie Britt won the Republican nomination for Senate in Alabama on Tuesday, defeating six-term Rep. Mo Brooks in a primary runoff.

Trump eventually endorsed Britt in the race's final stretch after she emerged as the top vote-getter in the state's May 24 primary. She will face Democrat Will Boyd in November.

In his concession speech Tuesday night, Brooks told supporters he respected the race's outcome. But in a sign of the contentious race, he accused voters of having been seduced by false advertising and congratulated high-dollar donors and "special interest groups" for funding Britt's campaign.

"We are sending to Washington, D.C., the exact opposite of what we need in the United States Senate. But the voters have spoken. They might not have spoken wisely," he groused.

Britt, meanwhile, cast herself as part of a new generation of conservative leaders while disparaging Brooks, 68, as a career politician. If victorious in November, Britt will be the first woman elected to the U.S. Senate from Alabama and one of its youngest members. The state's previous female senators had been appointed.

The race was among a handful of contests held Tuesday at the midpoint of a primary season that has been shaped by Trump's effort to influence the GOP.

Trump's losing streak in Georgia, a crucial swing state this year and in the 2024 presidential campaign, deepened Tuesday as two of his endorsed congressional candidates faltered in their GOP run-off elections.

And in the 10th District east of Atlanta, trucking company owner Mike Collins bested Democrat-turned-Republican Vernon Jones, who had been endorsed by Trump, in a runoff to become the Republican nominee. The seat is being vacated by Republican Rep. Jody Hice, who also lost his bid to unseat Republican Secretary of State Brad Raffensperger, another top Trump target.

"We will remind Georgians that Brad Raffensperger ain't our friend and we deserve better," Nguyen told supporters. "We deserve a secretary of state who will uphold the law and protect our freedom to vote. We can have both, y'all."

She has served in the state House since winning a 2017 special election to succeed Stacey Abrams in a district that includes parts of the city of Atlanta and is vice chair of the state Democratic Party.

Meanwhile, in Washington, D.C., Mayor Muriel Bowser won the Democratic nomination to serve another term, fending off a pair of challengers amid concerns over rising crime and homelessness.

Bowser defeated At-large Councilmember Robert White, who criticized her response to spiraling violent crime rates, and Councilmember Trayon White, who represents Ward 8, the poorest and most crime-ridden area in the district.

The winner of the Democratic primary is the prohibitive favorite in the November general election in the city. That would make Bowser the second mayor to win three consecutive terms, tying with Marion Barry.

Bowser, 49, campaigned on her experience and leadership and her history as one of the faces of Washington's ongoing quest for statehood. She also received good marks for her handling of the pandemic, generally operating in coordination with the Council.

In Virginia, Republican voters picked two women, a state senator and a Hispanic law enforcement official, to take on some of the most vulnerable Democrats in the fall.

In the coastal 2nd District, state Sen. Jen Kiggans won the Republican race to try to unseat Democrat Elaine Luria, retired Naval commander and member of the Jan. 6 committee, in the general election.

A former Navy helicopter pilot and a geriatric nurse practitioner, Kiggans has represented parts of Virginia Beach and Norfolk in the state Senate since 2020.

Born in Texas to immigrant parents from El Salvador, she serves as an auxiliary deputy in the Prince William County sheriff's office.

In a statement, Vega thanked her supporters, saying her win was "a historic moment for Hispanics across Virginia and our nation."

Beyer, who was the only Democratic incumbent to face a primary challenger, said in a statement that he was humbled to have earned the voters' trust. 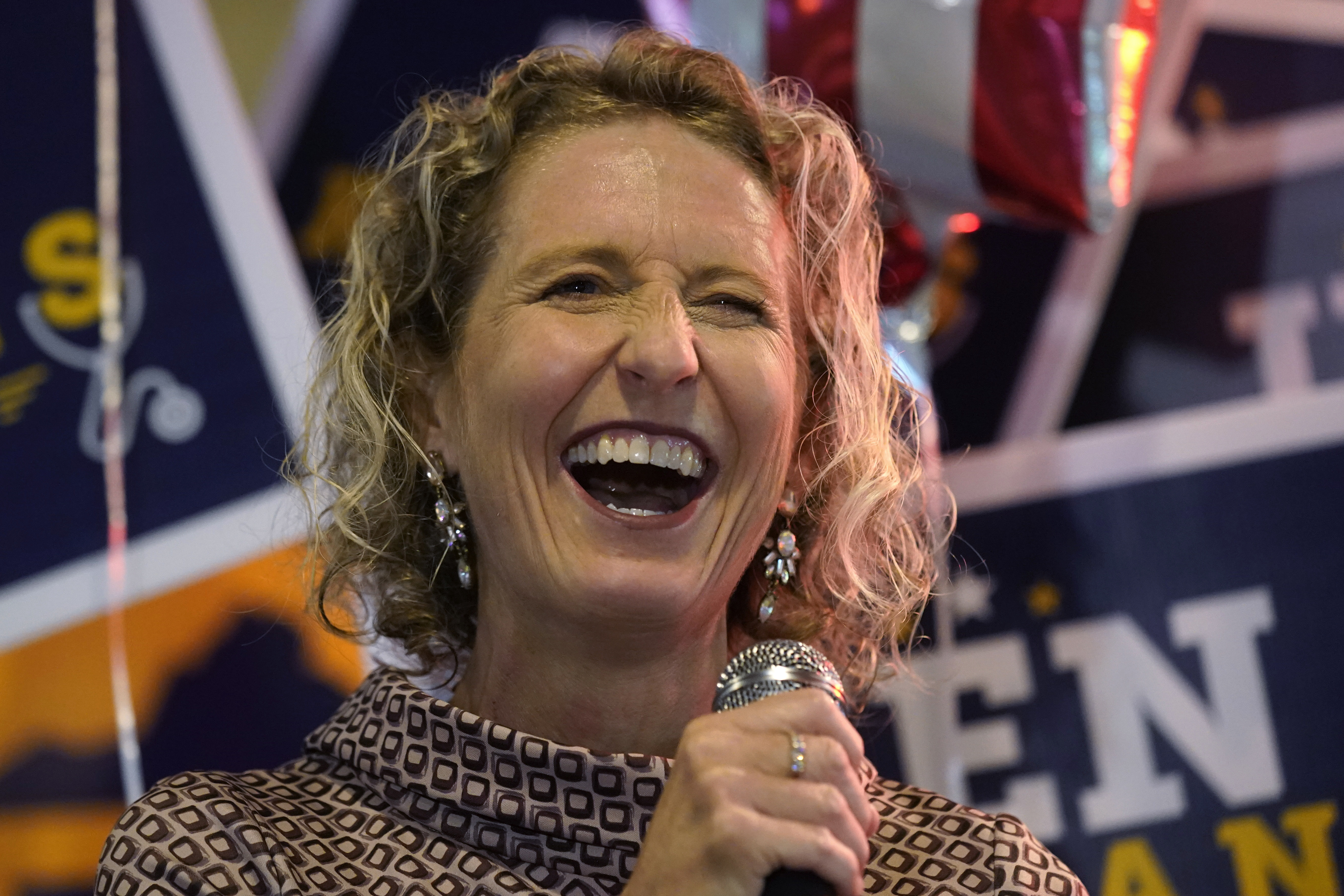 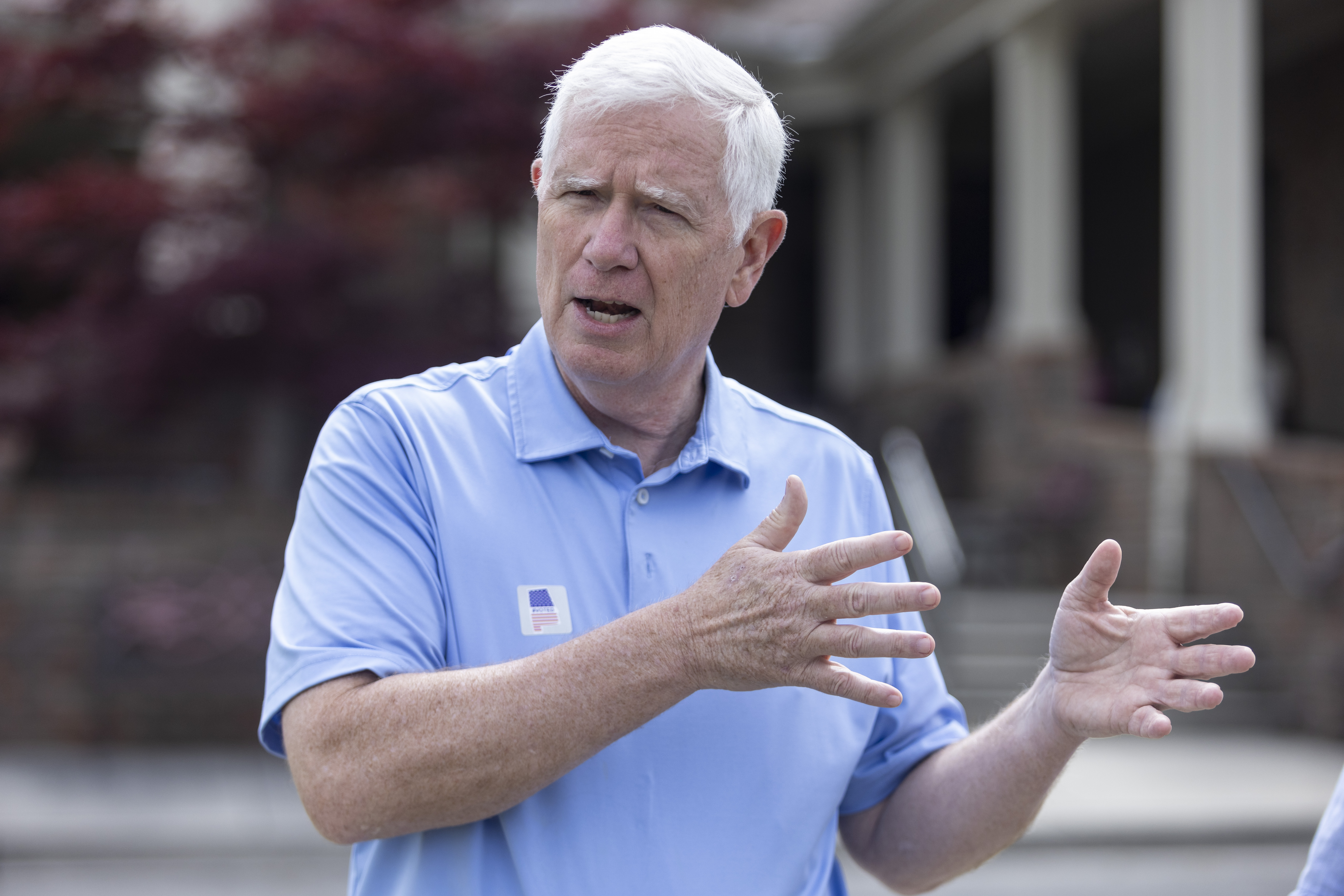 FILE - Rep. Mo Brooks, R-Ala., talks with the media after voting in Alabama's state primary in Huntsville, Ala., May 24, 2022. Brooks is seeking the Republican nomination for U.S. Senate. (AP Photo/Vasha Hunt, File) 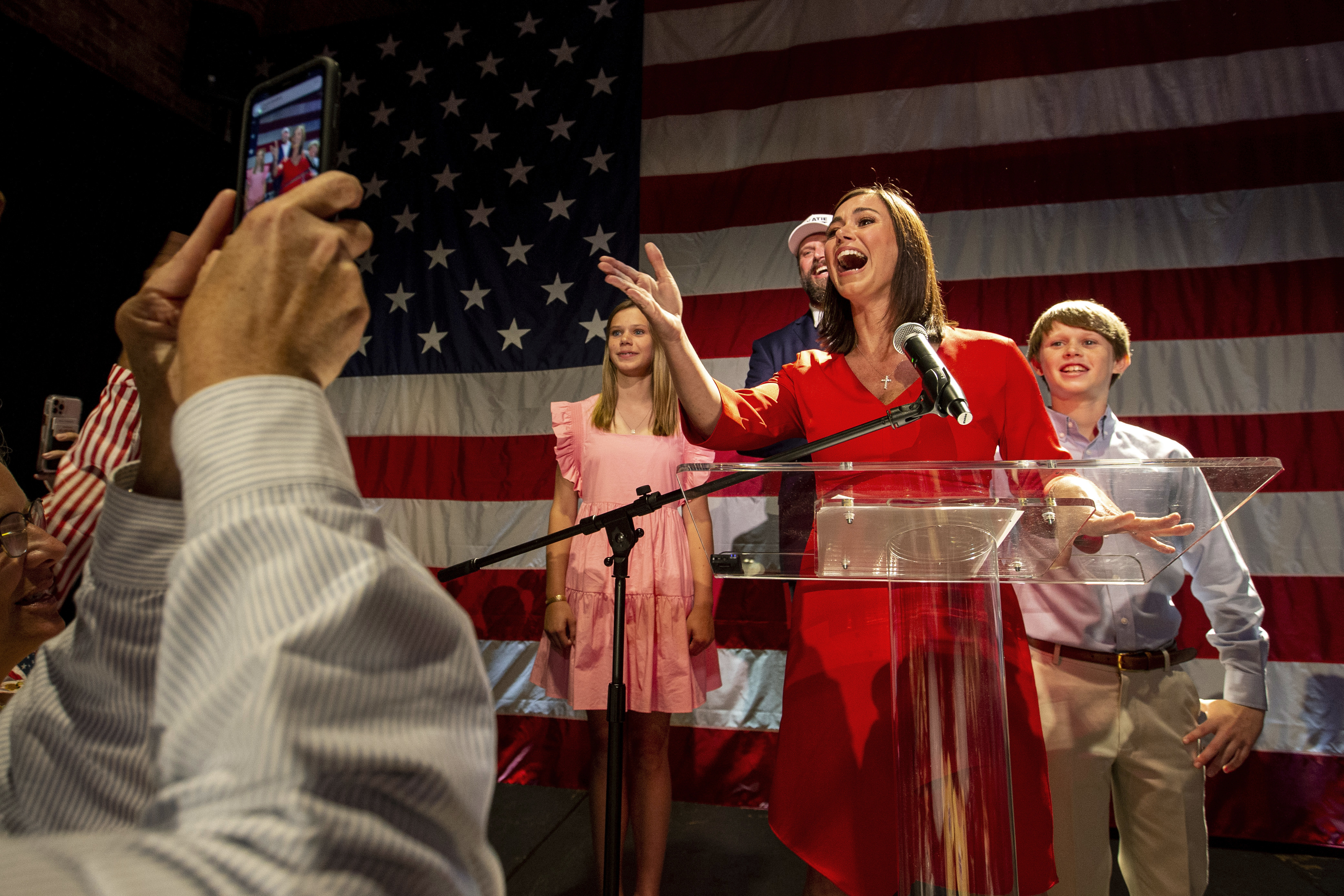 Republican U.S. Senate candidate Katie Britt speaks to supporters after securing the nomination during a runoff against Mo Brooks on Tuesday, June 21, 2022, in Montgomery, Ala. (AP Photo/Butch Dill)