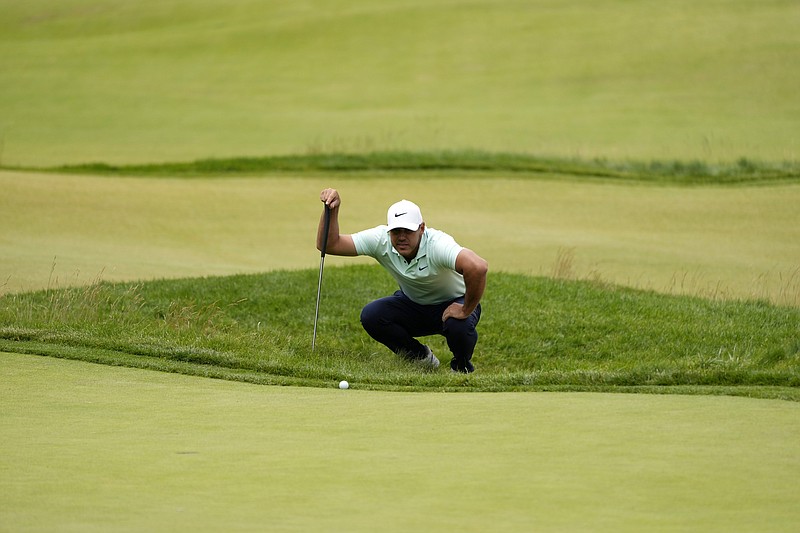 Brooks Koepka prepares to putt on the fourth hole during the third round of the U.S. Open golf tournament at The Country Club, Saturday, June 18, 2022, in Brookline, Mass. (AP Photo/Charles Krupa)

CROMWELL, Conn. -- Brooks Koepka, one of the first players to denounce a rival league for only 48 players, is the latest PGA Tour player to sign on with Saudi-funded LIV Golf series, The Associated Press has learned.

A person briefed on Koepka's decision told the AP he still would be able to compete on the PGA Tour until he hits a shot on the LIV Golf circuit. The person spoke on condition of anonymity without authorization to speak on behalf of the tour.

It was another step -- and a big name with his four major championships -- that added to the roster of the LIV Golf series that invariably will lead to no space for some of the lesser-known players in the inaugural event outside London two weeks ago.

Koepka withdrew late Tuesday night from the Travelers Championship, the PGA Tour said. He was not at a player meeting Tuesday morning at the TPC River Highlands. The next LIV Golf event starts June 30 outside Portland, Ore.

Koepka was the second player, behind Rory McIlroy, to speak out against a rival league in March 2020 when he told the AP, "I have a hard time believing golf should be about just 48 players."

"Money isn't going to change my life," Koepka said at the time.

The proposed rival league was different from LIV Golf, presented as the "Premier Golf League" though still relying on Saudi Arabia's sovereign wealth fund. Greg Norman and LIV Golf took the idea of 48-man fields, no cuts with a team component.

LIV Golf has not announced Koepka's signing amid speculation that a few others were soon to join. One was Abraham Ancer of Mexico, the No. 20 in the world who won a World Golf Championship last year in a playoff, along with the Australian Open in 2018.

Ancer said his decision was not taken lightly and that joining LIV would allow him to give back to the game by helping it grow in Mexico.

"I never could have imagined being in this position today," he said on Twitter.

The news was as surprising to most players, similar to Dustin Johnson on the initial LIV list, because Koepka had been so outspoken about it.

Jordan Spieth said he was at a corporate outing last week with several top players, Koepka included, all of them supportive of the PGA Tour in this turf war.

"He was one of them," Spieth said. "I'm staying with J.T. [Justin Thomas] and we woke up today and were like, 'Wait -- what?' I wouldn't have been surprised if he was like DJ from the get-go. I'm just surprised because of where we were last week."

The development came as the PGA Tour held a player meeting at the Travelers Championship, during which Commissioner Jay Monahan spoke of the tour's position and plans to reshape the season and its tournaments.

According to two players in the meeting, the PGA Tour plans to return to a calendar season that would start in January and the FedEx Cup playoffs would be eligible for only for the top 70 players. They spoke on condition of anonymity because the meeting was for players.

Currently, the top 125 make the postseason, with the top 70 advancing to the second playoff event and the top 30 to the Tour Championship. The new plan is for the top 70 at the start, then top 50 and top 30.

The fall would be used for players beyond 70th to secure cards for the following year, although research showed most inside the top 100 would be safe.

The tour was still looking at three fall events for limited fields, along with eight tournaments during the regular season that would over spiked purses in the range of $20 million. Some of those under consideration already have the biggest purses.

LIV Golf was expected to announce as many as four new players this week. There was endless speculation during the U.S. Open involving more than a dozen names, some of whom have expressed no interest in going.

That led two-time major champion Collin Morikawa to post on Twitter, "To state for the record, once again, you all are absolutely wrong. I've said it since February at Riviera that I'm here to stay on the PGA Tour and nothing has changed."

Koepka's younger brother, Chase, who is No. 1,607 in the world ranking, played in the inaugural LIV event outside London.

"I'm here at the U.S. Open. I'm ready to play U.S. Open, and I think it kind of sucks, too, you are all throwing this black cloud over the U.S. Open," he said. "I don't know why you guys keep doing that. The more legs you give it, the more you keep talking about it."

His last victory was the Phoenix Open in February 2021 and he has fallen to No. 19 in the world. In the majors this year, he missed the cut at the Masters and has finished out of the top 50 in the PGA Championship and U.S. Open. 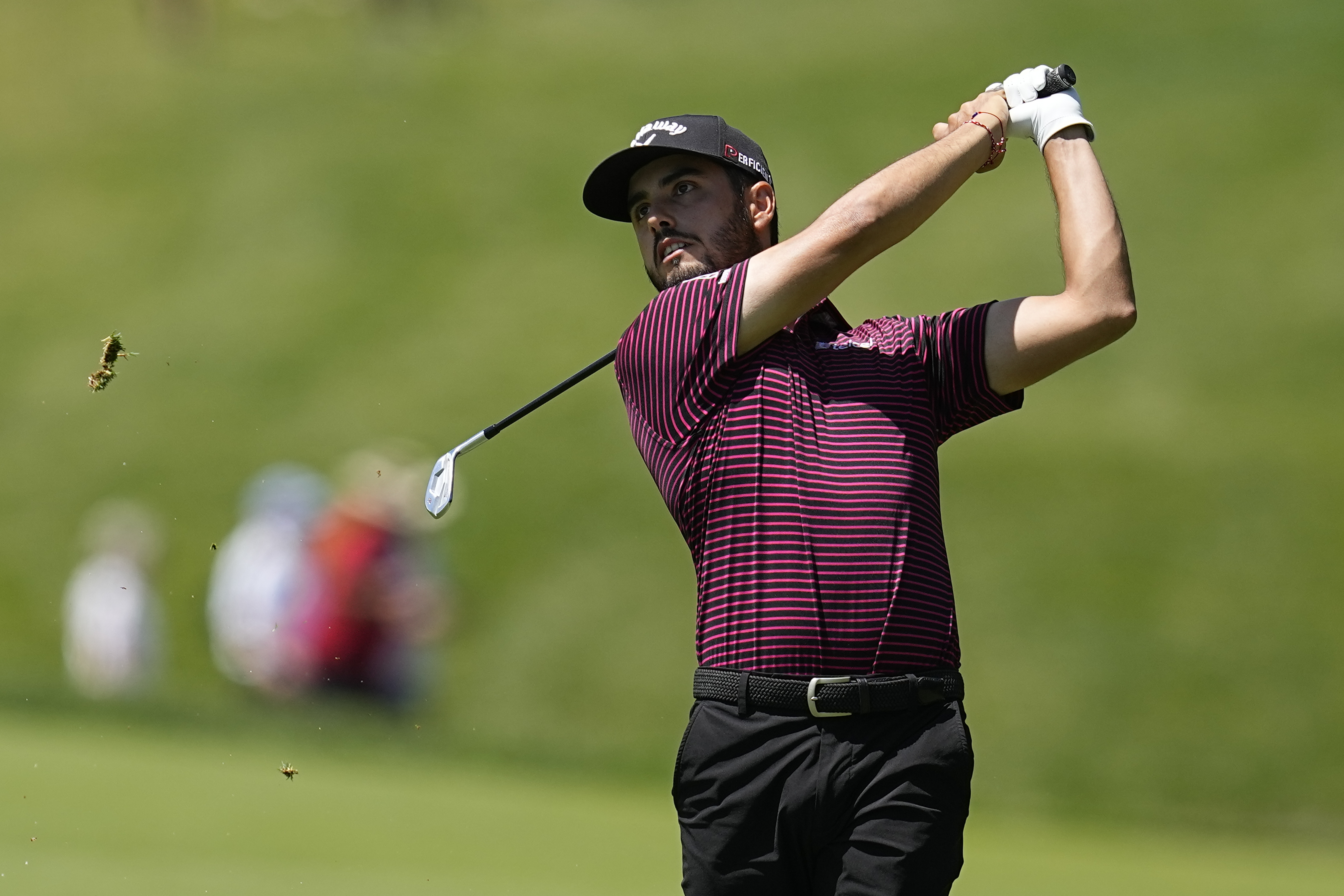 Abraham Ancer, of Mexico, hits from the first fairway during the final round of the Memorial golf tournament Sunday, June 5, 2022, in Dublin, Ohio. (AP Photo/Darron Cummings) 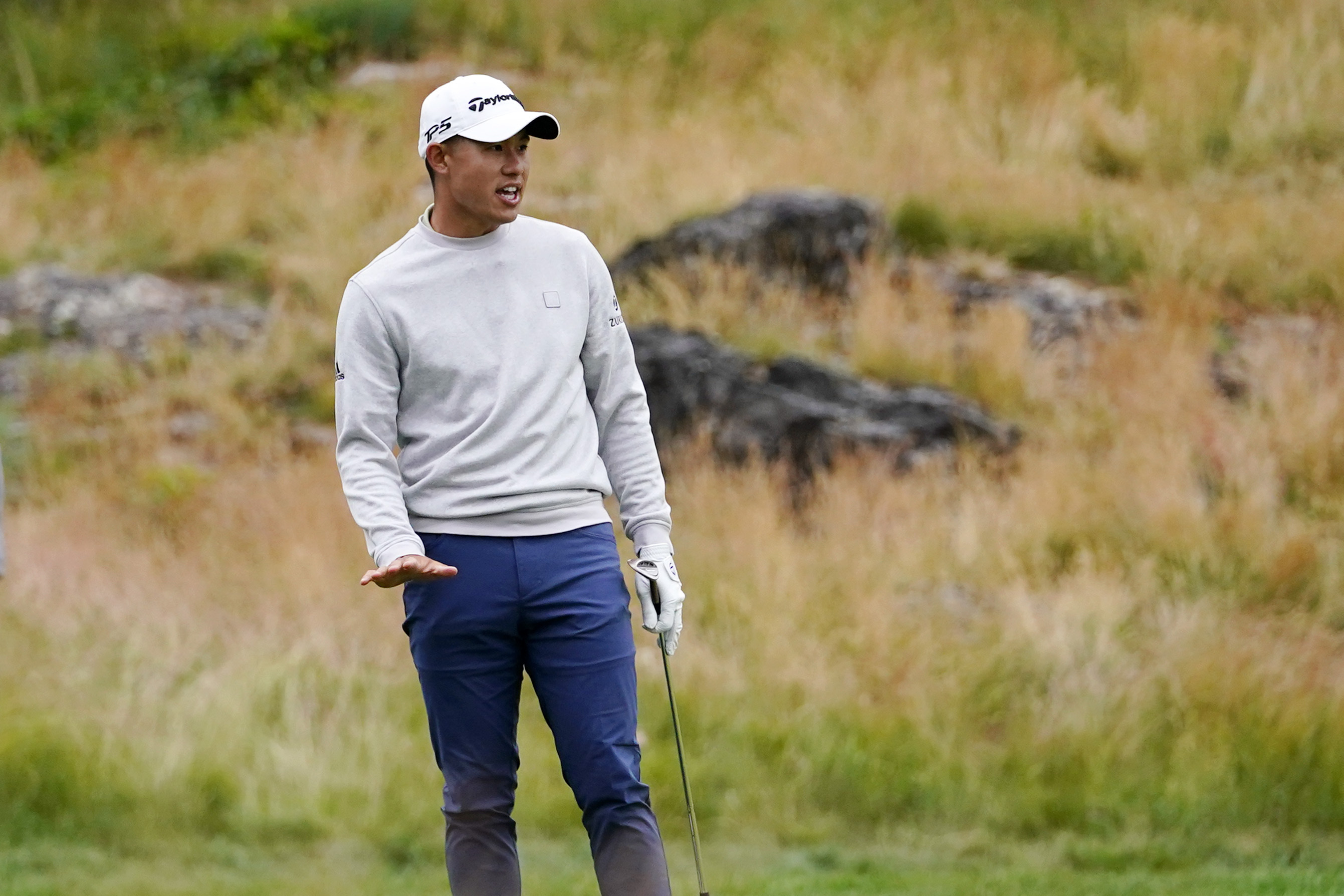 Collin Morikawa reacts to his shot on the 13th hole during the third round of the U.S. Open golf tournament at The Country Club, Saturday, June 18, 2022, in Brookline, Mass. (AP Photo/Julio Cortez)