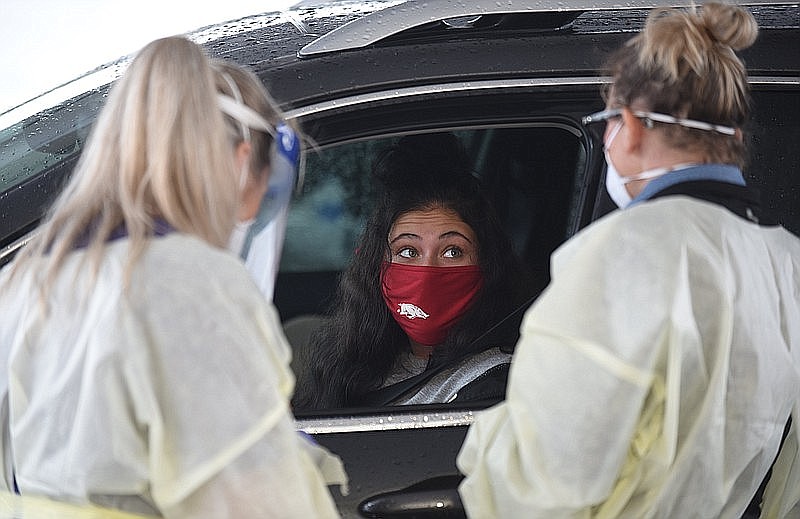 Arkansas' count of coronavirus cases rose Thursday by 1,434, the largest daily increase in more than four months. The state's total number of active cases topped 9,000 for the first time since February.

The number of people hospitalized in the state with covid-19 rose Thursday by three, to 196. The count had risen by 15 on Wednesday.

The state's death toll from the virus, as tracked by the Arkansas Department of Health, rose by seven, to 11,559.

The increase in cases on Thursday was the largest in a single day since Feb. 15, during the state's first wave of infections from the omicron variant.

Previously, the only four-digit daily increase since March had been the exactly 1,000 cases that were added to the state's count last Thursday, June 16.

The average daily increase in the state's case count over a rolling seven-day period rose Thursday to 761, its highest level since the week ending Feb. 24. That average had dipped a day earlier.

With new cases outpacing recoveries, the number of cases in the state that were considered active rose by 766, to 9,234, the largest total since Feb. 21. It was the largest one-day jump in active cases since Jan. 22.

Dropping for the second day in a row, the number of the state's virus patients who were on ventilators fell by one, to 10.

After falling by nine a day earlier, the number of covid patients who were in intensive care remained for a second day at 32.

Since the pandemic reached Arkansas in March 2020, the state Health Department has reported 858,553 cases of coronavirus. Of those, 837,530 are considered recovered.