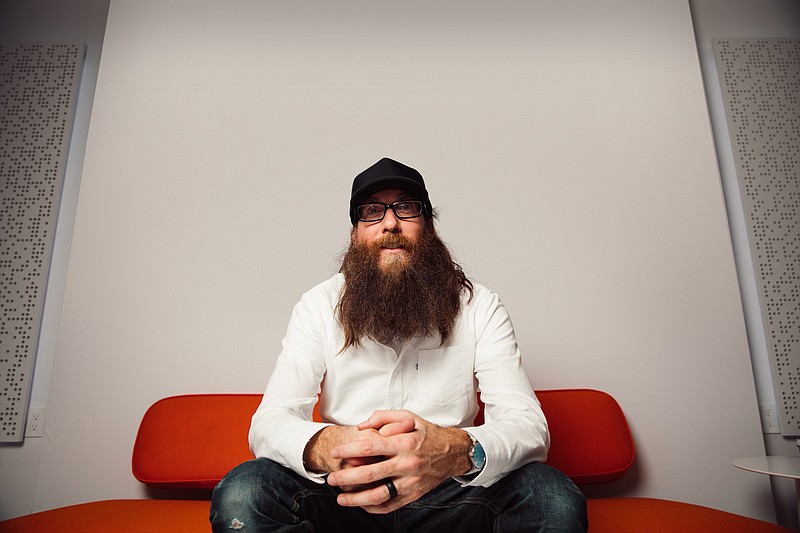 It will be a homecoming of sorts as Christian-pop hit maker Crowder brings his "My People Tour" to Little Rock today.

The 50-year-old Crowder, whose first name is David, grew up in Texarkana, Texas. Playing Central Arkansas gives his kin a chance to come visit and see him perform.

"It's always like a big family reunion anytime we're nearby, so I'm excited about it," he says last week from Atlanta, where he lives with his wife, Toni. "My family is split between Longhorn fans and Razorbacks fans, and I have to say the Razorbacks fans are more rowdy to be around."

Another bonus of the tour, which features opening acts We the Kingdom, Anne Wilson and Patrick Mayberry, is that Crowder gets to spend part of the week off the road.

"We've been hitting the weekends and we're home at the front of the week," the three-time Grammy nominee says. "A lot of times we go out and you hit the road running and you don't stop. The way this has been routed has been pleasant so far."

Crowder is on tour in support of his fourth solo album, 2021's "Milk and Honey," which features his stylish and clever mix of pop, dance, rock and even country elements on powerful, singalong, praise-based bangers. It features collaborations with Georgia-born hip-hop artist Hulvey and the Maverick City Music collective. The first single, "Good God Almighty," was No. 1 on Billboard's Christian Airplay Chart. The record was released by Sixsteps and Sparrow Records and a deluxe edition came out in March.

Crowder's varied sonic pallet can be traced to his childhood and the various strains of secular and Christian-based music he heard while growing up.

"In my formative years, in my dad's 8-track player, there was Willie Nelson, Elvis Presley, the Gaithers and Olivia Newton-John," he says with a laugh. "That explains everything I've ever done musically."

It's no surprise that the guy who covered a Drake song — "Hold on, We're Going Home" — is happy to go wherever his musical curiosity leads.

"I just love following whatever catches my ear. I think the reason I'm able to get away with it is that this is stuff I'm genuinely into. If I'm going to make an album, I want to include all the stuff that I'm responding to and am moved by. I know then that it will come across as something real and believable. If I believe it and I'm into it, it's going to translate."

Crowder was playing piano from a young age and studied music at Baylor University, where he started writing songs and performing. His plan was to finish school and move back to Texarkana and work for his dad's insurance agency. But the music thing was hard to put down. He started the David Crowder Band in the mid-'90s, and the group released six studio albums and four EPs before Crowder went solo in 2012.

As his audience has grown, Crowder says his approach to lyrics has evolved while also adhering to the traditions of praise-based pop songs.

"Writing liturgical music is pretty difficult because your lexicon is limited. I'm trying to attach people to the story of God and there is a heritage of language ...," he says. "Now that I've been doing this for so long, I've gotten to hear other people's stories and the way they have responded to the songs. I'm aware that this is going to hit people in a way that I was probably a bit aloof to early on. That part has been really enjoyable."

Although the "My People Tour" is made up of short weekend runs, there is a family vibe among the performers, and that camaraderie shows up onstage, Crowder says.

"The behind-the-scenes hang has just been wonderful, and I think that has translated a lot to the folks that have been coming to the shows."