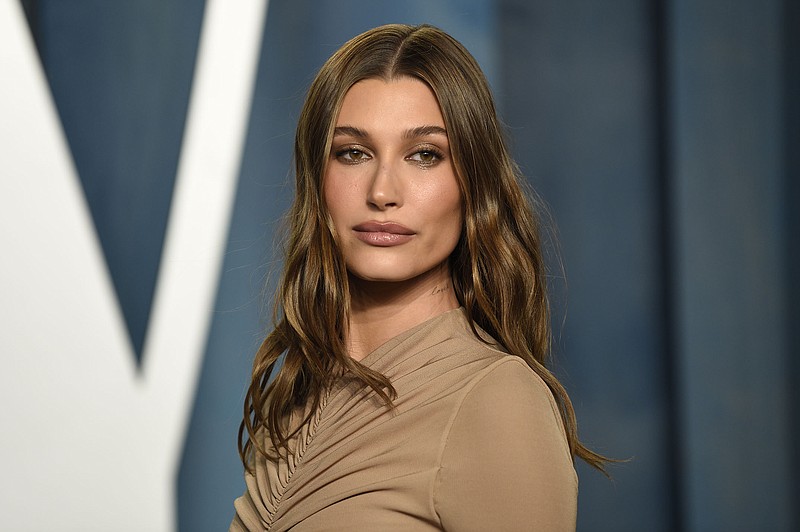 • Pope Francis may have canceled his trip to Congo because of his bad knee, but he got a visit from one of Congo's brightest basketball stars, who briefed him on his humanitarian efforts back home. The Phoenix Suns' Bismack Biyombo on Tuesday had a private audience with Francis at his Vatican hotel. The 6-foot-9 Biyombo towered over the pope. Francis, 85, has been using a wheelchair to get around after straining ligaments in his right knee. He had to postpone a July visit to Congo and South Sudan because doctors said the trip would jeopardize his therapy. Biyombo said the Congolese people were patient and knew he would eventually come. "If he is not feeling good, he can't get on a plane," Biyombo said in St. Peter's Square after the audience. "I think if he wouldn't go to Congo, I will bring the Congo to him," he said, laughing. The center, who has played 11 NBA seasons, briefed Francis on his foundation, which began by teaching Congolese children basketball, then providing them scholarships, refurbishing schools and hospitals, and building a hospital in honor of his late father. "Just being able to be in the presence of the pope, I think it's a blessing," he said. "I wish I could have brought my mum here, but she's absolutely happy that I got to be able to do that and to get the pope's blessing."

• Two former college roommates who created a successful clothing line under the "Rhode" trademark have sued model Hailey Bieber, saying she's creating market confusion by marketing a skin care line under the same name. Filed Tuesday in Manhattan federal court, the lawsuit asks a judge to cite trademark infringement and block Bieber from selling or marketing any products with the Rhode label. It also seeks unspecified damages. The lawsuit said court intervention is necessary because Hailey Bieber is a celebrity with 45 million Instagram followers who launched her skin care line last week and has filed trademark applications to sell clothing. Hailey Bieber is married to singer Justin Bieber, and the suit says her husband has promoted her business to his 243 million Instagram followers, generating 1.5 million likes with a single posting. Purna Khatau and Phoebe Vickers say they are trying to protect the business they began in 2014 when they quit their day jobs to create a high-end clothing and accessories line, targeting "feminine, confident and well-traveled women." It says their products have been featured in Vogue, carried worldwide in stores such as Saks Fifth Avenue and Neiman Marcus and worn by celebrities including Beyonce, Mindy Kaling and Rihanna. Sales are projected to hit $14.5 million this year, the suit says. 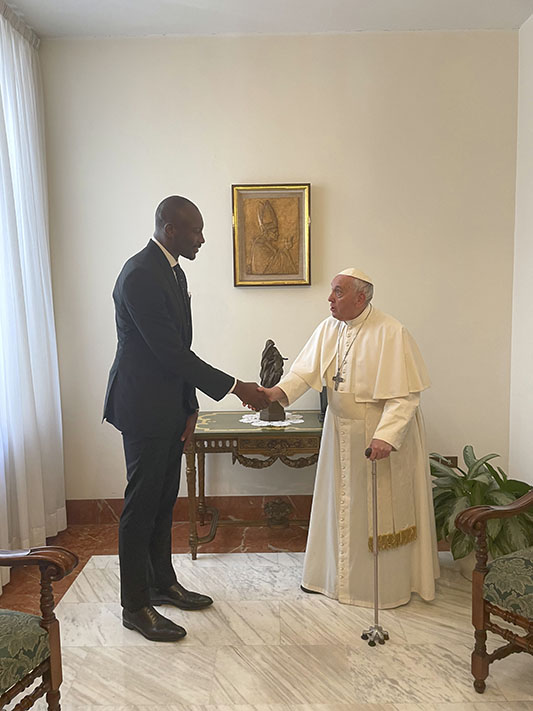 Pope Francis welcomes Congolese-born Bismack Biyombo of the Phoenix Suns to the Vatican on Tuesday to talk about Congo and Biyombo’s foundation to help children in the African nation. (AP/Hernan Reyes Alcade)