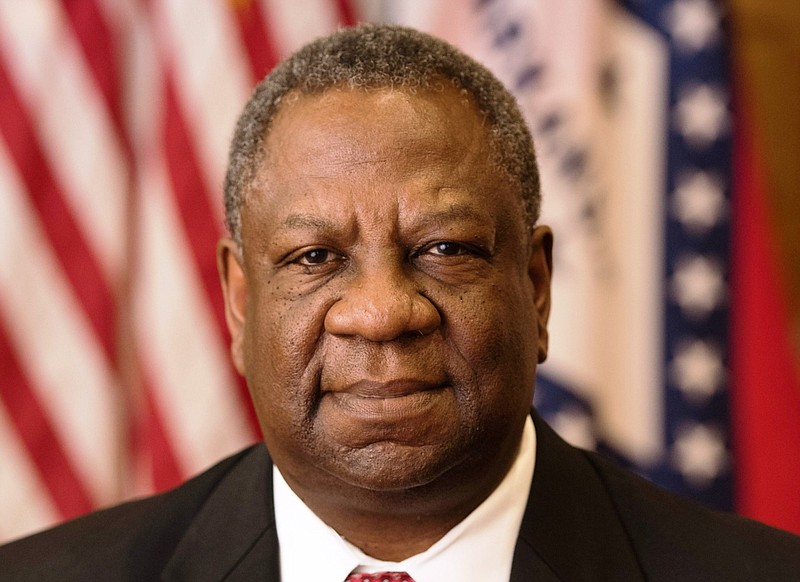 Nathaniel "Nate" Todd is shown in this 2017 courtesy photo.

Nathaniel Todd, a top veterans official with the state after a 37-year career in the Army and Army Reserve, has been named to the University of Arkansas Board of Trustees.

Todd, 64, lives in Pine Bluff. He replaces Dr. Stephen Broughton, a Pine Bluff psychiatrist, and will serve a 10-year term that expires in March 2032.

He said he returned to his home state in 2013 after retiring from his military career, where he attained the rank of colonel.

In 2019, Hutchinson named him as the state's first cabinet secretary of the Department of Veterans Affairs. Todd had already been serving as the department's director.

Since returning to Arkansas, it's not the first time Todd has stepped up to join a group working on education in the state.

Todd served as a state-appointed member of the Arkansas Commission on Closing the Achievement Gap, an effort formed in the era of federal No Child Left Behind legislation to help ensure students made adequate academic progress.

Todd said that "drivers of our educational gaps" can be "socioeconomic." He said it's important "young people and working Arkansans have access to retool and to further their education."

Todd, in a statement released by Hutchinson's office, expressed his faith and thanks for being able to take on the role of trustee.

"I give glory to God for His limitless blessings. I am honored and deeply grateful to Governor Hutchinson for his confidence in me, thankful for the unending support from my family, and appreciative of the Pine Bluff community and its educators who inspired me to be a life-long learner," Todd said in his statement.

He described his life experiences as playing a part in his new role as trustee.

"I think because of where I go to church and the communities I serve and frequent, that I'll be able to communicate to those communities the opportunities that the university presents," said Todd, a Pine Bluff High School graduate.

Todd described himself as "an American of African descent."

"We are Americans first," he added.

The trustees board oversees the UA System's six university campuses, seven community colleges and other units, such as the the online-only University of Arkansas Grantham.

"Many of our jobs that are in the future will require certifications and other technical education," Todd said, adding that he thinks the UA System's community colleges "can help tremendously in that area."

Todd will be the only board member not to have attended a UA System school.

He said he joined the Army after high school.

Todd later earned a bachelor's degree in industrial technology from the University of Houston and a master's degree in health care administration from Baylor University. He also completed various programs at other universities, including an Executive Medical Leadership Course at George Washington University and as a National Security Management Fellow at Syracuse University.

Hutchinson, in a statement, praised Todd as someone who "has devoted his entire life to the service of the United States, starting at Pine Bluff High School where he was a member of the Junior Air Force ROTC."

"Colonel Todd is a quiet man whose compassion and faith drives all that he does. I am grateful he has agreed to serve. His wisdom and kindness are critical at this time in the history of the University of Arkansas," Hutchinson said.

Todd praised the efforts of many universities, including UA-Fayetteville and the University of Arkansas at Fort Smith, as well as schools outside of the UA System for their work in educating military veterans.

Many schools in the state "have done a great job in creating an environment for veterans to succeed ," Todd said, adding that "there's still work to be done."