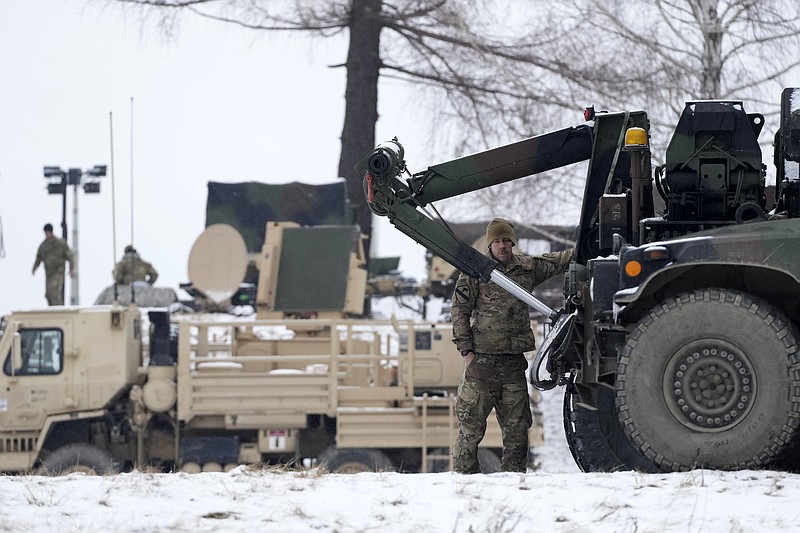 WASHINGTON -- Despite its vast military strength, Russia's failure to win quick control of Ukraine's airspace is among the Russian battle shortcomings, including logistical breakdowns, that have thrown Moscow off stride in its invasion.

U.S. military officials had assumed Russia would use its electronic warfare and cyber capabilities to blind and paralyze Ukraine's air defenses and military communications.

The invasion is less than a week old and Russia still hasn't committed to the battle the full force it had assembled on the border. A senior U.S. official said Monday that about one-quarter of the force hasn't crossed into Ukraine.

The official, who spoke on condition of anonymity to discuss internal military assessments, said Ukraine has retained a majority of its surface-to-air missile systems -- used to shoot down aircraft -- and a majority of its helicopters and airplanes.

One reason they have yet to be destroyed, the official said, may be because Ukraine's air defenses were not centrally located and may have been moved around the country.

It appears that Russian commanders have become frustrated by the pace of their battlefield gains and failure to win full air dominance, the official said. In response they may consider more aggressive, larger-scale attacks against Kyiv and to reduce the significant remaining Ukrainian air defenses.

When he announced his decision to attack on Feb. 24, President Vladimir Putin gave no timetable for completing what he called a "special military operation." By U.S. estimates, he had assembled more than 150,000 troops on Ukraine's borders.

"We think that they're a few days behind where they expected to be" at this stage, Pentagon press secretary John Kirby said Monday, five days into a war that is the largest in Europe since World War II. "It's clear, yes, the Russians have had their own challenges and they have met resistance we don't believe they fully expected."

Philip Breedlove, a retired Air Force general who commanded NATO forces in Europe from 2013-16, said Russia did unleash substantial missile attacks on Ukrainian air defense sites and airfields in the first few days. Yet, the Ukrainians have found creative ways to preserve their air and missile defenses.

"I am pleasantly surprised that the air defense capability of Ukraine, even though diminished, has carried on as long as it has," Breedlove said.

He added that Russia may yet bring more fighters and bombers into the conflict, even as Ukraine acquires Stinger missiles and other air defense weaponry from Western nations.

In Breedlove's view, the weaponry provided to Ukraine by the United States and many other countries in recent weeks, including Javelin anti-tank missiles, has given Kyiv an important boost. He recalled that when Western countries in 2014 began providing radars used to detect and pinpoint the origin of artillery and mortar attacks, some questioned whether the Ukrainians could make good use of them.

"It was not long after they had them and started working with them that they were teaching us new tactics, techniques and procedures on how to employ them," said Breedlove, who was NATO chief at the time.

More broadly, beyond failing to destroy or ground the Ukrainian air force, the Russians as of Monday had not managed to capture any major Ukrainian city and were advancing far more slowly than planned, Pentagon officials have said in recent days.

Still there were signs of intensified conflict with fighting raging in towns and cities scattered across the country.

The strategic southern port city of Mariupol, on the Sea of Azov, was "hanging on," said Oleksiy Arestovich, an adviser to Ukrainian President Volodymyr Zelenskyy. An oil depot was reported bombed in the eastern city of Sumy.

"There are two basic ways you can describe the slowness of the Russian advance in Ukraine," said Loren Thompson, a defense analyst at the Lexington Institute, a Washington think tank. "One explanation is deliberate restraint. The other explanation is poor execution. We don't know enough to identify which is the more plausible explanation, but it's important to recognize the Russians have all sorts of options they have not yet brought to bear," including heavier use of cyberattacks against the Ukrainian command and control system and air defenses.

In its latest assessment, the Institute for the Study of War said Moscow has likely recognized that its initial approach failed and is moving additional combat power toward Ukraine.

"The tide of the war could change rapidly in Russia's favor if the Russian military has correctly identified its failings and addresses them promptly, given the overwhelming advantage in net combat power that Moscow enjoys," it said.

Information for this article was contributed by Lolita C. Baldor of The Associated Press. 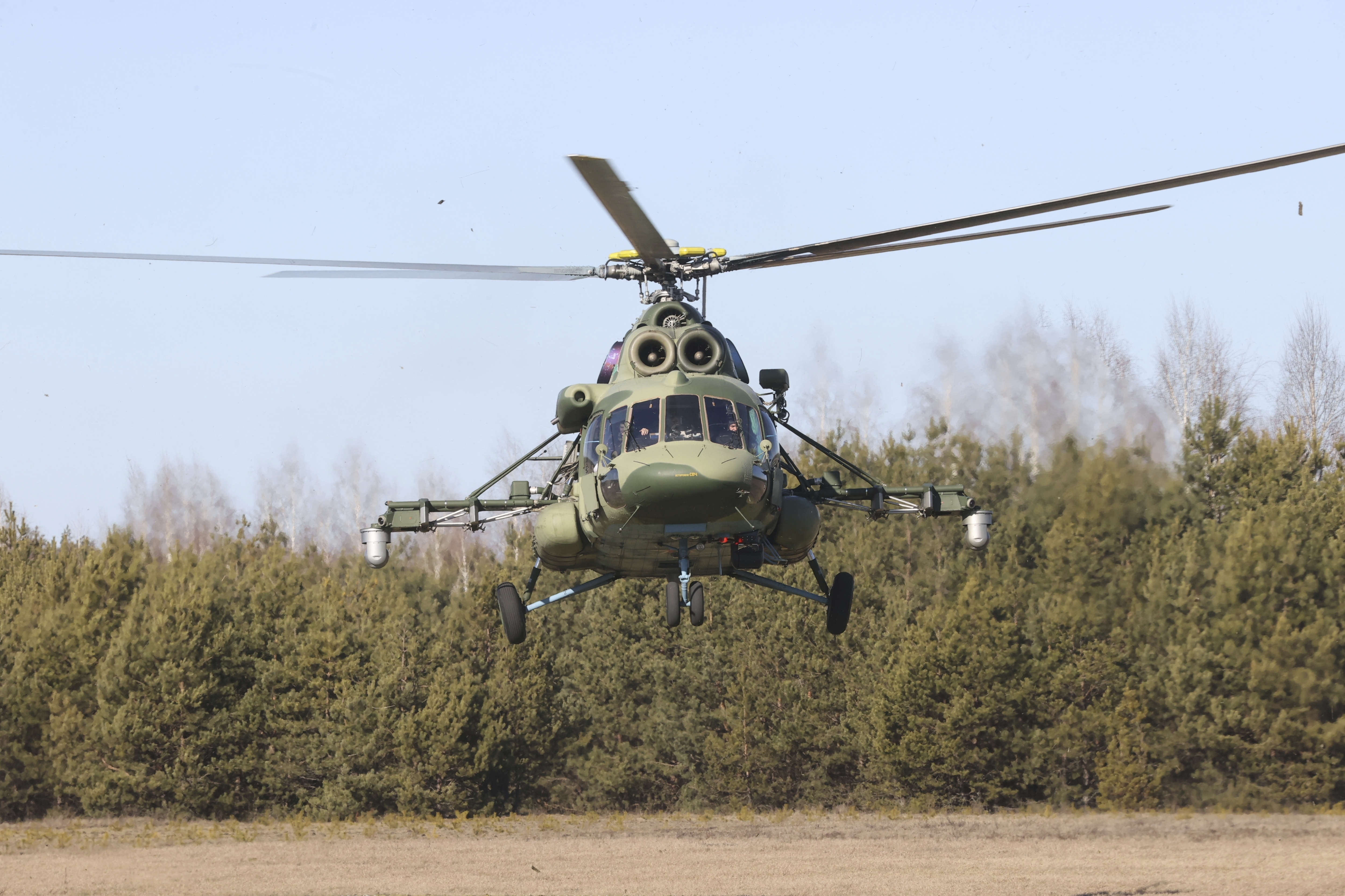 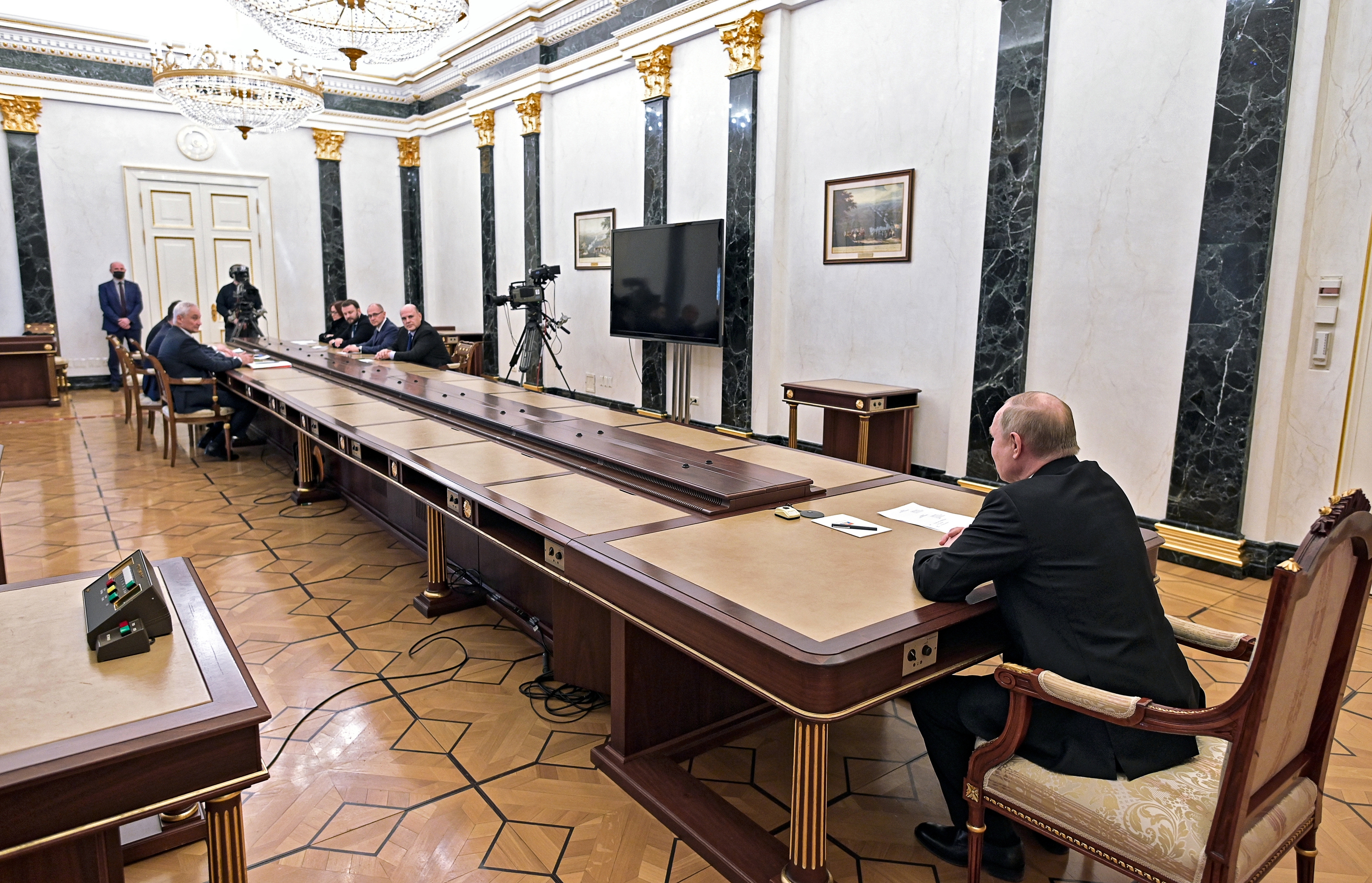 FILE - The Ukrainian Antonov-225 Mriya (Dream), the world's heaviest and largest aircraft, makes a test landing at the new runway at the airport in Donetsk, Ukraine on July 26, 2011. Ukraine's defense industry conglomerate says the world's largest plane that was in regular operation was heavily damaged in fighting with Russian troops at the airport outside Kyiv where it was parked. (AP Photo/Sergey Vaganov, File) 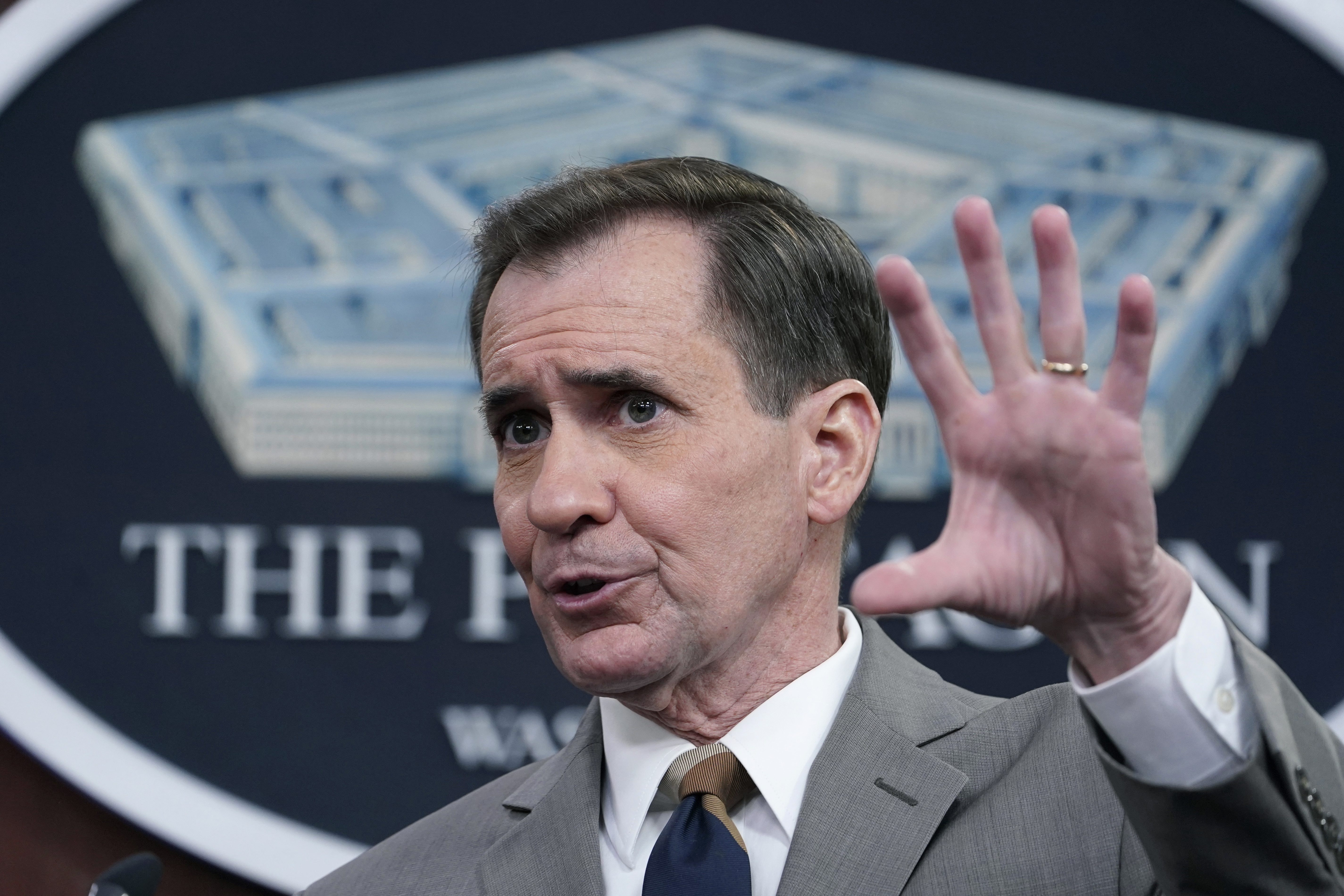 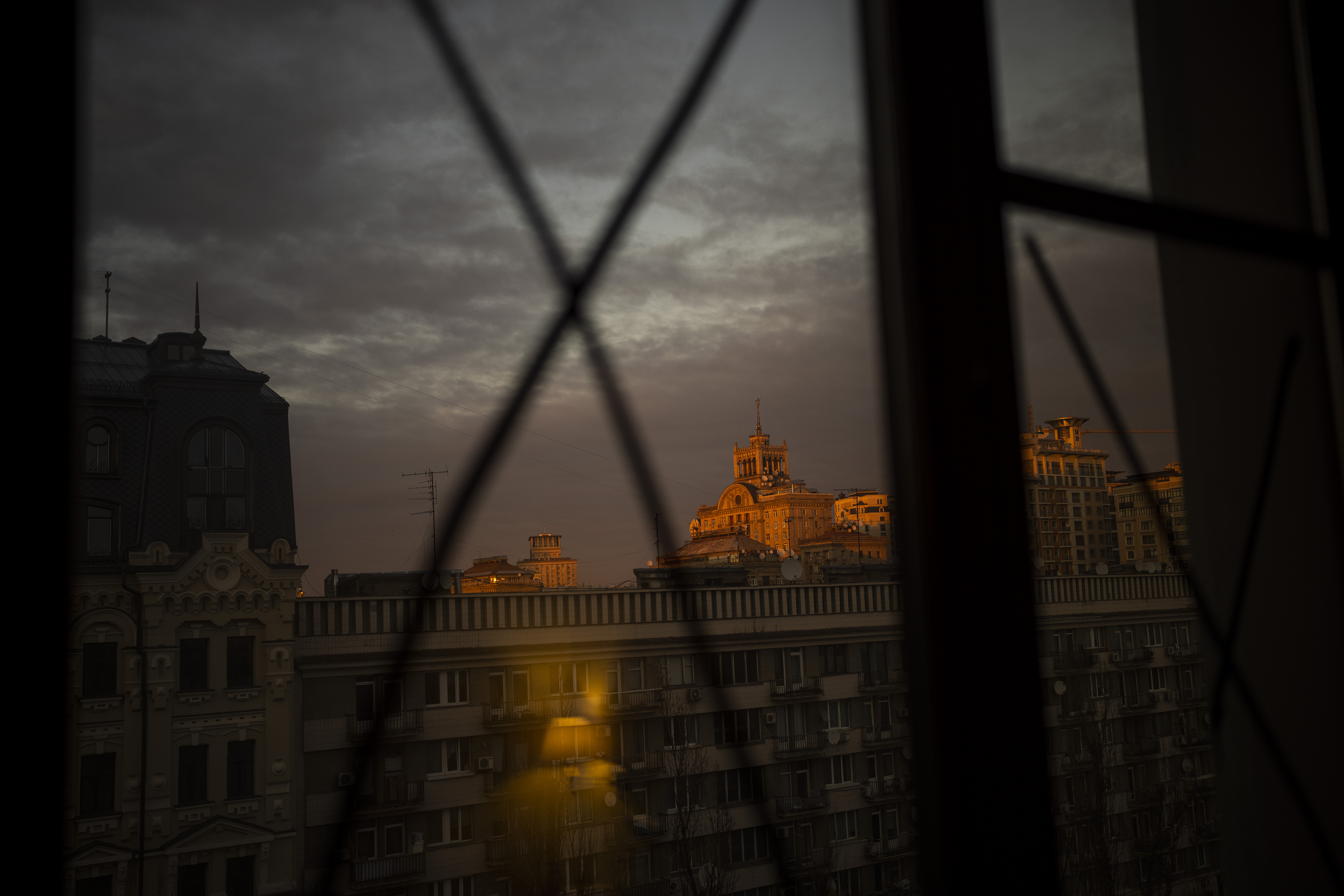 View of the sunset through windows that have been sealed to avoid the bursting of glass from possible shockwaves in central Kyiv, Ukraine, Monday, Feb. 28, 2022. (AP Photo/Emilio Morenatti)