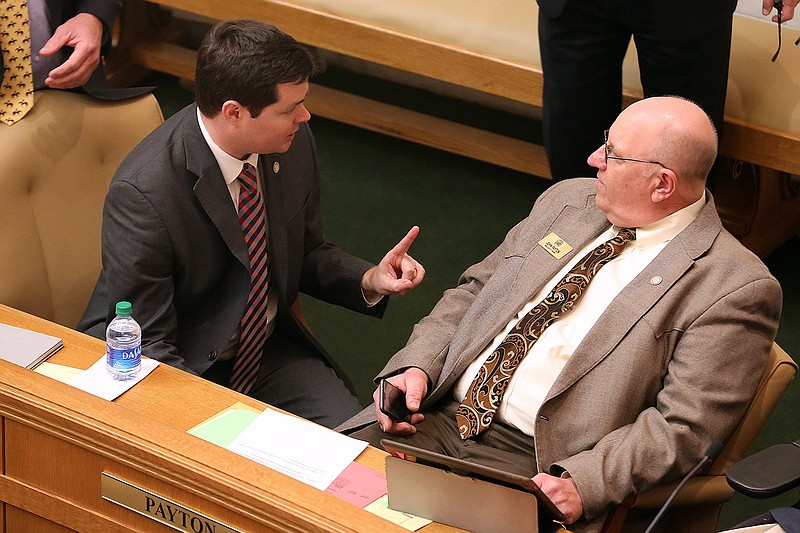 The Arkansas House tabled an effort to bring a resolution authorizing lawmakers to consider an abortion ban with a civil cause of action during the fiscal session to the floor Monday.

Rep. John Payton, R-Wilburn, made a motion to extract his House Resolution 1012 from the House Rules Committee, where it had failed Feb. 14.

The resolution would allow the introduction of the Arkansas Human Heartbeat and Human Life Civil Justice Act, a near-total ban on abortion with a civil cause of action provision that allows anyone other than the state to enforce it through lawsuits. It is modeled after a law Texas passed last year.

During a fiscal session focused on budgetary matters, non-appropriation bills require a resolution approved by two-thirds of the members in both chambers to proceed. Efforts to introduce a Texas-style abortion bill have divided Republican lawmakers in the GOP-dominated Legislature over the past two weeks.

Payton's motion to remove the bill from committee was immediately followed by a motion from Rep. Michelle Gray, R-Melbourne, to temporarily postpone the bill's removal.

Shepherd said he had ruled that Gray's motion was proper based on advice from the House parliamentarian.

Payton spoke against Shepherd's ruling and said the House was refusing to hear the merits of the resolution and the bill.

Rep. Lane Jean, R-Magnolia, spoke in support of Shepherd's ruling, saying he believed the abortion bill could be put on the call for a future special session and that the motion was about politics.

"I'll put my pro-life voting record against anybody here. I'm just as good. I'm sorry, but this needs to be handled in a special session," he said. "If we really want to get this fixed, let's have a special session and not worry about the next election."

Lowery invoked the Russian invasion of Ukraine in support of hearing Payton's resolution, a remark Shepherd rebuked him for.

Shepherd said the power resides with the House, and that he didn't think the membership wanted a situation where the speaker can pick and choose which rules to follow.

"To bring up the idea of tyranny, particularly in light of what's going on in the world, is beyond the pale in my opinion," he said.

More than a week ago, the Arkansas Senate tabled for the rest of the fiscal session three similar resolutions that would authorize the introduction of anti-abortion bills. 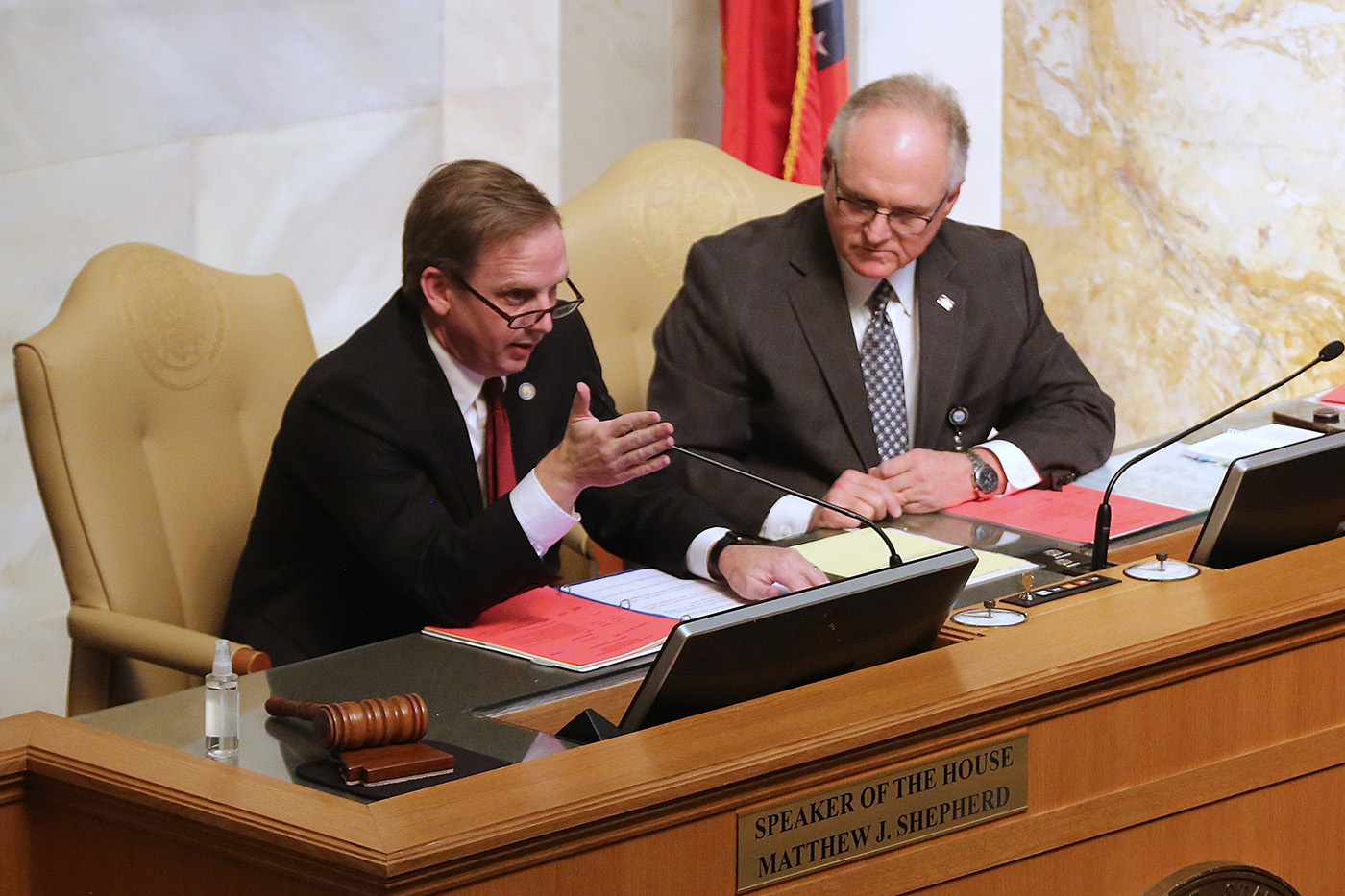 Speaker of the House Matthew Shepherd (left) rules on a motion during the House session on Tuesday, March 1, 2022, at the state Capitol in Little Rock. More photos at www.arkansasonline.com/32house/ (Arkansas Democrat-Gazette/Thomas Metthe)