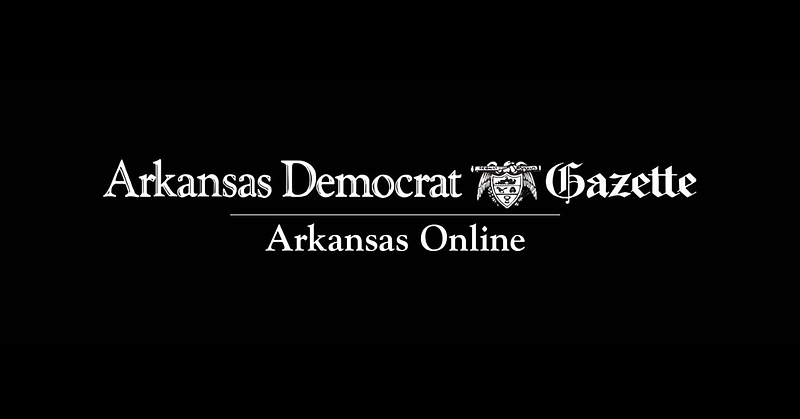 An outage in the Arkansas Democrat-Gazette's digital app was linked late Friday to a cybersecurity incident, according to the newspaper's technology partner.

In a statement, Canada-based PressReader described it as a “cyber security incident that has resulted in a widespread disruption to our services including Branded Editions and PressReader. This situation comes as companies across North America have seen an increase in security incidents over the past several weeks.”

Services offered in Arkansas by PressReader, which is also the technology partner of the Northwest Arkansas Democrat-Gazette and other newspapers across the globe, were restored as of Friday afternoon. However, not all content was available, including recent digital replica editions of the newspapers.

The company’s statement said that Wednesday night, “we identified some suspicious activity in our systems. As a precautionary measure we brought all Branded Editions sites and apps, as well as PressReader, offline for 24 hours while we commenced an investigation. We were able to restore many of our services by approximately 9PM PST Thursday 3rd March. Content processing continues to be a work in progress, and we have started reaching out to receive files from our Branded Editions partners in alternative ways, so that we can release editions as soon as content processing is restored.

“At this stage, we are continuing to restore internal systems and we do not see any evidence that Branded Editions data, including customer and transaction data, has been compromised.” said the statement, released by Steve Chapman, PressReader senior vice president for content partnerships.

Russia invaded Ukraine last week. On Feb. 25, about five days before the outage, PressReader posted on Twitter: “In order to assist those in Ukraine with accessing up-to-date information, we are opening all PressReader content in the country without charge to individuals. PressReader will absorb the cost paid to publishers until further notice.”

To access the digital edition of the Democrat-Gazette, readers can visit arkansasonline.com/todayspaper or go to ArkansasOnline.com to read stories on the newspaper’s website. The replica is also available at ArkansasOnline.com by clicking the “Today’s Paper” link in the top-left corner of the screen.

PressReader offers thousands of local, regional and international newspapers and magazines online, on mobile devices and in print, including publications like The New York Times, Los Angeles Times and the Houston Chronicle, according to the company. The outage was global and included the United States, Canada, the United Kingdom, Australia and New Zealand.

Lynn Hamilton, president of the Arkansas Democrat-Gazette, said in an interview earlier Friday that the PressReader outage was one of the most frustrating experiences in his career, noting that the Democrat-Gazette’s business model relies on PressReader to get its product to its customers who use iPads to view the paper.

He said PressReader was hopeful it would restore service to the Arkansas Democrat-Gazette publications by the Saturday edition, but there was no guarantee.

Hamilton offered an apology to readers, saying it had been overwhelmed by tens of thousands of phone calls that overloaded the paper’s ability to respond to them individually.

“We are as frustrated as our customers,” Hamilton said.

Information for this article was contributed by John Magsam of the Northwest Arkansas Democrat-Gazette.