Speaking for the great stone face 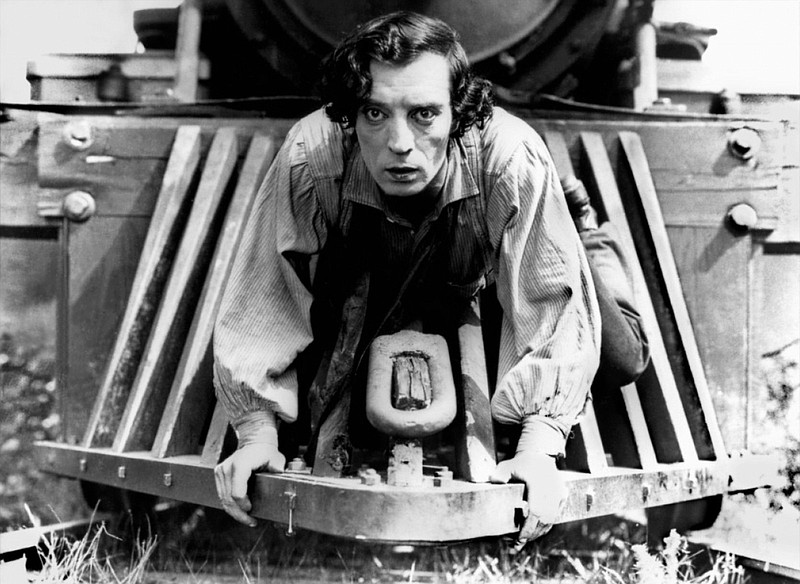 During the filming of the 1926 silent film “The General,” Buster Keaton performed many dangerous physical stunts on and around the moving train, including jumping from the engine to a tender to a boxcar, running along the roofs of the railroad cars and riding on the cowcatcher.

There's no debating that Joseph Frank "Buster" Keaton is an essential figure in the history of cinema. The more pressing question is why.

In a career that began when he was 4 years old and ended in 1966 when he was 70, Keaton was a daredevil whose on-camera stunts included surviving the fall of a house front simply because he was standing where an open window was (in "Steamboat Bill, Jr."). In his earlier movie "Sherlock Jr.," Keaton unknowingly broke his neck on camera.

While he was dubbed "The Great Stone Face," Keaton's low key acting style enabled other thespians to convey complex emotions with remarkable restraint. Because of Keaton, Charlie Chaplin and Mary Pickford, generations of actors who followed them realized wild gesticulation was unnecessary on the big screen.

Like Chaplin, Keaton also directed himself and pulled off some jaw dropping technical feats. In his short "The Play House" (1921), Keaton played all of the performers and all of the audience members inside an auditorium, while "Sherlock Jr." features a scene where he dreams himself into a movie and winds up disoriented every time one sequence cuts to another.

While his Civil War epic "The General" (1926) is loaded with breathtaking photography, it's also side-splittingly funny. In later films, Keaton wrote gags for other comics and honed his unique features so that audiences were laughing as his own face seemed unmoved.

With all of those achievements, it's no wonder that James Curtis, who has profiled W.C. Fields and set designer William Cameron Menzies ("Gone With the Wind") took 800 pages to tell Buster's story and to explain why his work is so significant.

Keaton may have stood only 5-feet, 6-inches, but "Buster Keaton: A Filmmaker's Life" explains why the comic casts such a long shadow.

Speaking from New York last week as he was getting ready to host a screening of Keaton's "Go West" (1925), Curtis says, "I think of him as the total filmmaker and that's why I gave the title of the subtitle to the book as I did. I want people to understand completely what he did, not only in front of the camera, but behind it.

"And for that reason, he's not in costume on the cover of the book. I was very adamant about that. I didn't want the usual cliche of the pork pie hat and the string tie and all of that. I wanted him perceived as somebody beyond that and to expand upon people's appreciation and understanding of what he represented as a whole, as a filmmaker, not just as a comedian."

While Keaton has been gone for over half a century, much of the reason there is a market for a major biography on him is that his work is now more readily available than ever. Many of his gags from the silent movies are now animated GIFs, and YouTube is loaded with his classic 20-minute shorts or two-reelers.

Whereas Theda Bara is known, if she's recalled at all, for starring as Cleopatra in a film that's now lost, Keaton's comedy is easy for either Alexa or Siri to locate. In fact, both Chaplin and Keaton are unique in that nearly all of their films survive whereas many other silent stars like Bara have little to show for their careers.

"My first exposure to him was on Saturday morning, seeing that mediocre TV series. That to me was Buster Keaton ... And then of course, I saw him in the 'Beach Party' films, but that was the extent of what I knew and what really opened my eyes was (the Canadian documentary) 'Buster Keaton Rides Again,'" Curtis says.

"I knew there was something much deeper going on there. When I started to see some of his early work, which was for the most part unavailable during his lifetime, unless you happened to live near the Museum of Modern Art. I think it's the widespread availability of his best work today that is responsible for his being more popular probably today than he was at any time during his lifetime."

Because Keaton worked almost until the day he died, there was plenty of material for any biographer. Unfortunately, Curtis says that many of his predecessors hadn't seen much of is work or only examined limited aspects of Keaton's life. For example, Tom Dardis ("Keaton: The Man Who Wouldn't Lie Down") focused primarily on Keaton's drinking, which helped derail the comic's career in the 1930s. Dardis, himself, struggled with the bottle.

"Tom Dardis got to some interesting information, but all he was really interested in was the alcoholism," Curtis said. "I think also he was a very sloppy writer and that, he wasn't capable of writing a coherent paragraph without inserting about five unnecessary and careless errors. And even when he put out a corrected version of his book, he corrected the errors that were in there then added new errors to replace them."

Thankfully, there's a lot more to Keaton's career than his silent films and his setbacks. Whereas Vilma Banky's career ended when her Hungarian accent was at odds with her ethereal screen persona, Keaton could sing and play verbal or even dramatic roles like he did in "The Awakening," a 1954 TV adaptation of a Nikolai Gogol story. (In his book, Curtis cites an article I wrote on that episode of "Douglas Fairbanks, Jr., Presents: The Rheingold Theatre." ) He also suggests that people who want to hear the comic's voice should also check out "Parlor, Bedroom and Bath," "The Twilight Zone," and some of his later shorts like "Pest from the West" and "Grand Slam Opera" (1936), which he also co-wrote.

Because "A Filmmaker's Life" is so comprehensive, it was easy to wonder why Curtis didn't include a list of injuries Keaton received on set. Even in his 60s, Keaton was tempting fate.

Jackie Chan, a devoted Keaton disciple, has nearly an entire chapter in his memoir "I Am Jackie Chan" devoted to his prolific wounds.

"We know about the broken neck, which he didn't acknowledge at the time or know about it but found out about it later," Curtis says. " He dealt with that by stopping at Charlie Chaplin's ex-wife's house and getting a drink and then he kept working.

"He was tough, but at the same time, the idea to pull off a gag successfully is not to walk away with a broken bone or for that matter to kill yourself, which he conceivably could have done with things like 'Sherlock Jr.' That's not the intent. I don't think he thought so much about physical dangers. He thought about pulling something off successfully, and then danger was part of that."

While "The General" features a spectacular sequence where a train and a burning bridge have a spectacular mishap, it's hard to image enjoying Keaton's work if his onscreen persona wasn't appealing.

Part of the reason his talkies with MGM are nearly unbearable is that the studio thought pun-filled dialogue was funny (it's not) and that Keaton's occasionally bumbling characters were pitiable and hapless, similar to the characters Chaplin and Harry Langdon often played.

It's hard to imagine either of them recovering a stolen locomotive, a kidnapped girlfriend or the course of a major battle the way Keaton does in "The General."

"Buster invites the audience into the process," Curtis says. "There's room to lay your own interpretation of what he's doing. Chaplin lays it all out for you. There's never any confusion about what Chaplin wants you to think or respond to. Buster's a little more ambiguous. I think that's the thing that inspires the people who really, really feel strongly about him is that there is a participatory experience." 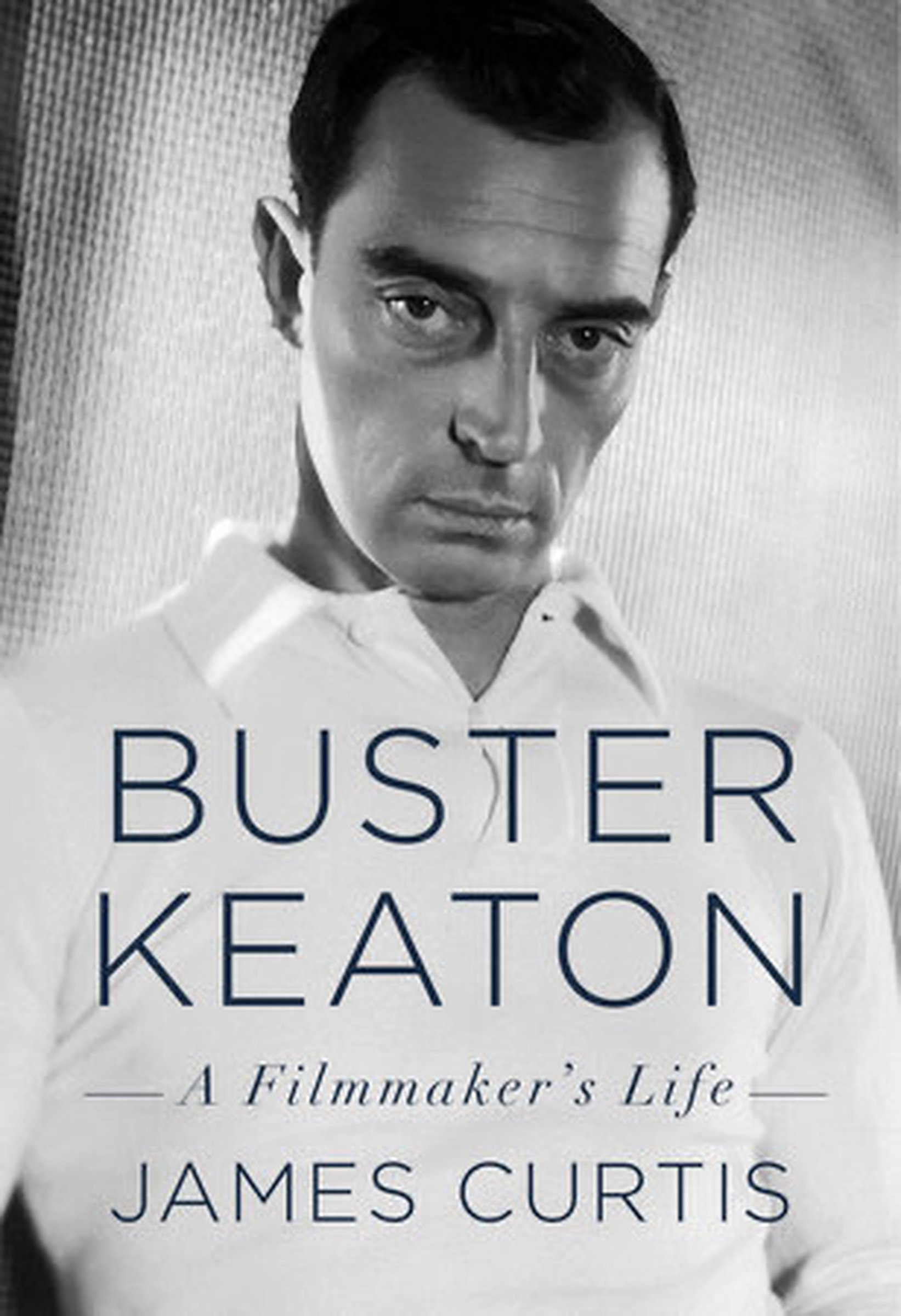