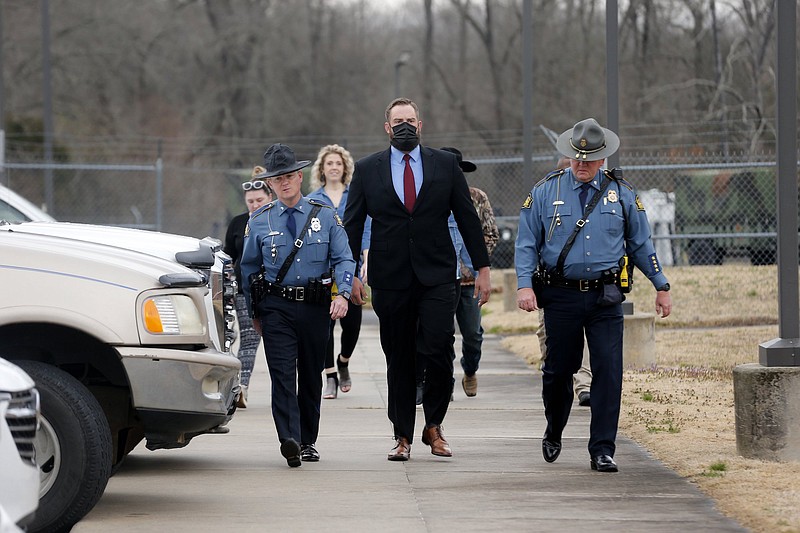 Body camera footage of a former Lonoke County deputy showing the moments after he fatally shot Hunter Brittain was publicly viewed for the first time during the deputy’s hearing Tuesday.

Davis was charged with felony manslaughter after the early morning shooting of Brittain during a traffic stop June 23.

He also yelled at a 16-year-old passenger and asked why the two were driving the way they were.

Images of Brittain’s body being turned over were shown, causing multiple family members to exit the courtroom. Others sobbed silently.

A couple of jurors patted their eyes.

The video ended with Davis sitting alone in a police vehicle, audibly crying.

The body camera footage was shown by special prosecutor Jeff Phillips during his examination of an Arkansas State Police special agent who led the investigation.

Davis was fired by Lonoke County Sheriff John Staley a week after the shooting for breaking a policy that requires that the body camera be turned on before deputies interact with the public.

The opening statements and first witnesses were called after a jury was seated in the trial.

The anonymous jury includes at least two members with family in or previously in the law enforcement field.

Davis faces up to ten years in jail if convicted. He is the third law enforcement officer to stand trial in the state for an officer-involved shooting since 2005.