J.B Hunt to grow intermodal fleet by 40% over next several years 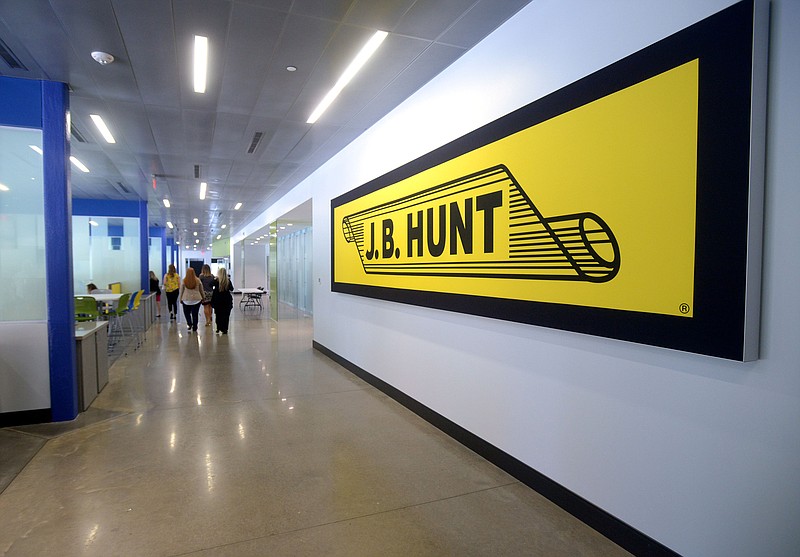 A view of the break area inside the new expansion Thursday, July 6, 2017, at the J.B. Hunt Transport headquarters in Lowell. (NWA Democrat-Gazette/FILE PHOTO)

J.B. Hunt Transport Services Inc. announced Tuesday a joint effort with BNSF Railway Company to grow its intermodal fleet to as many as 150,000 containers, a 40% increase, over the next three to five years.

The initiative seeks to reduce costs and the Lowell-based company's carbon footprint while meeting growing demand for intermodal services, according to a company news release.

BNSF will aim to increase its efficiency and container capacity as part of the initiative, providing facilities in Southern California, Chicago and other key markets as well as additional railcar equipment.

"Over the past few years, intermodal has been disrupted by increased demand and tight capacity, resulting in poor container velocity and long dwell times," says John Roberts, president and CEO of J.B. Hunt. "Together, J.B. Hunt and BNSF will enhance their work to bring back the consistency and reliability customers expect with intermodal services and further embrace intermodal conversion and transloading services. This priority falls directly in line with J.B. Hunt's mission statement to create the most efficient transportation network in North America."

Both companies have invested billions of dollars in intermodal services, according to the release.

In 1989, the companies developed a double-stack shipping solution to complement both rail and trucking services.

J.B Hunt now operates the largest company-owned intermodal fleet in North America. It has completed over 4 million intermodal loads since 2020, according to the release.

BNSF operates the largest intermodal rail network, handling about 1 million more intermodal units each year than any other railroad.