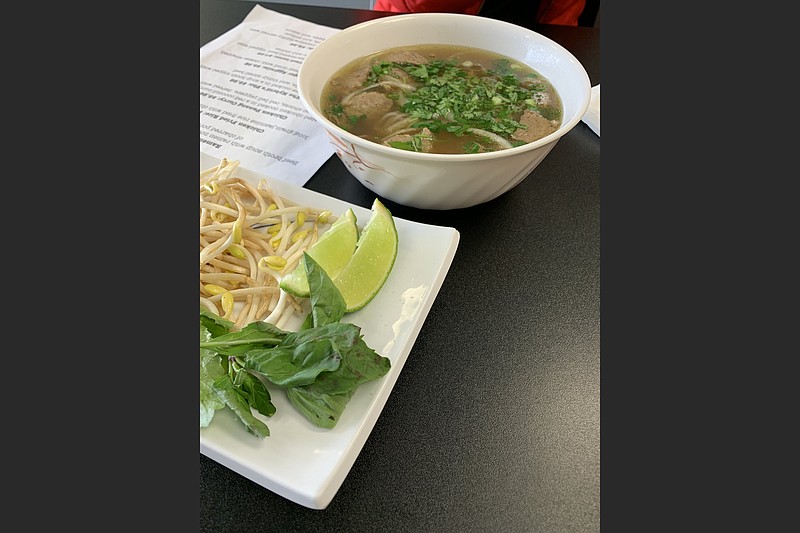 YGFBFKitchen, a popular (as in patrons reporting lines out the door) soul food restaurant at 800 Fourth Ave., Conway, will add a Little Rock location, with a mid-May target to open at 27 Rahling Circle, formerly Bone's Chophouse (which briefly changed its name to JB ChopHouse before it closed).

YGFBF, by the way, stands for "Your Girlfriend Best Friend." Chef-co-owner MaryAnn Strange, who started out her business in 2017 as a food truck, posted on Facebook (facebook.com/YourGirlfriendBestFriendKitchen) that she'd been seeking a Little Rock location for some time, and shortly before her self-imposed, end-of-January deadline she got word from a real estate agent that this location was back on the market. "It was everything my vision was for the next phase of YGFBFKitchen. ... I look forward to bringing the same if not more quality and exciting chef-crafted dishes to the Little Rock area ... along with some exclusive menu items."

And speaking of soul food, Sista Soul Food, currently a food truck and catering company, is taking over the space at 406 Louisiana St., Little Rock, that most recently housed Cotija's before its August move across the street into the Union Plaza Building. We don't have specifics on a timeline, but we have gotten word that the restaurant owners have applied for a license with state Alcoholic Beverage Control Division. Information: (501) 772-9027; sistasoulfood.com.

March 25 will be the last day of operation for The Hybrid Kitchen, 13120 Crystal Hill Road, in a strip center just on the North Little Rock side of the border with Maumelle. A March 9 post on its Facebook page, facebook.com/TheHybridKitchen, cited the pandemic, supply shortages and inflation as major impacts: "If my love for cooking were enough to keep this place open, in a heartbeat I would make that happen. ... I do, however, believe that this is not the end for The Hybrid Kitchen. I hope that this is just a long pause, a hiatus, until things get a little better." Information: (501) 271-7781. 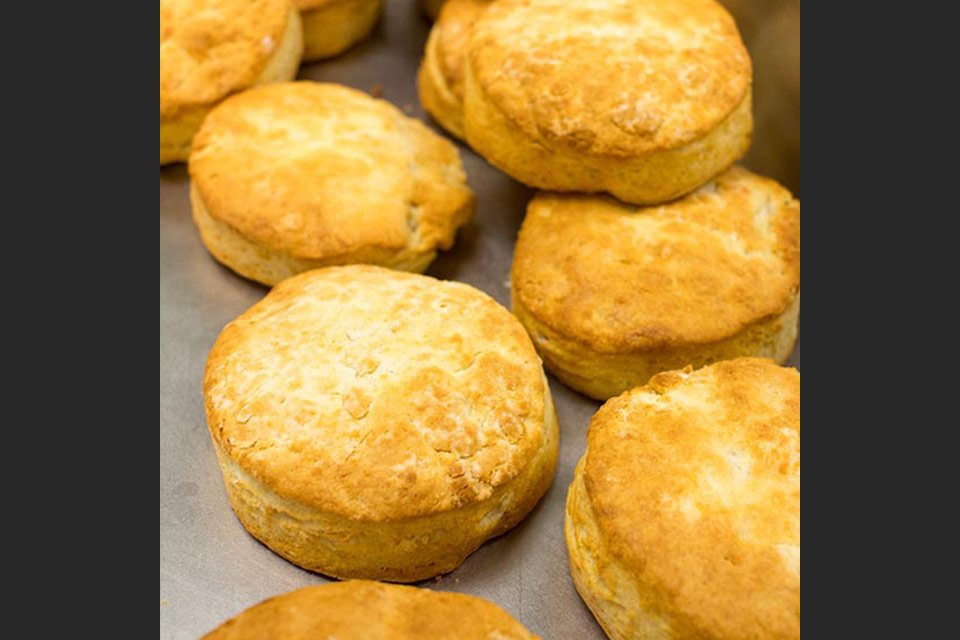 Delta Biscuit Company is moving to Bentonville at the end of March, but the food-truck operation's owner, Hayne Begley, promises to return to central Arkansas with a brick-and-mortar operation. (Democrat-Gazette file photo)
Delta Biscuit Company recently posted on Facebook (facebook.com/deltabiscuitco) that the food-truck operation will move to Bentonville at the end of March. "Our last scheduled event in Central [Arkansas] will be on Sunday, March 20, at Sunset Lodge at Rusty Tractor Vineyards," 10 Rusty Tractor Lane, Little Rock. "It wasn't and still isn't an easy decision but I 100% believe it is the best decision for the business currently," says owner Hayne Begley, who nonetheless assures Central Arkansans that "DBC plans to be back" in this neighborhood "with a Brick and Mortar store (I want 6-7 in [Arkansas]), so don't think we are abandoning you!" (501) 551-2177.

Arkansas' first Waldo's Chicken & Beer, 4221 Warden Road, North Little Rock (formerly Johnny Carino's), opened on schedule Tuesday and will remain open, basically in soft-opening mode, through the end of the week. It will then close for the following week, reopening on or about March 28. Hours are 11 a.m.- 10 p.m. Sunday-Thursday, 11 a.m.-11 p.m. Friday-Saturday. (501) 313-2390; waldoschicken.com; facebook.com/WaldosChickenNLR.

And still speaking of chicken, the Raising Cane's chain regularly, via its official Facebook page (facebook.com/RaisingCanesChickenFingers), seeks suggestions for new locations. At least a couple of potential patrons recommend Jonesboro, to which the company replied, "We are headed your way in 2023!" and "Summer of 2023! See you there!" (Other suggestions — "Siloam Springs Arkansas please" and "Hot Springs, Arkansas. I promise .... It will be worth it" — have not yet prompted replies.) The chicken-tender chain has locations in North Little Rock and Little Rock — the latter, by the way, does not yet show up on the company website's locator map — as well as two in Fayetteville, two in Bentonville, one in Rogers and one in Fort Smith.

The Mighty Crab mini-chain is expanding again, adding a soon-to-open location at 17306 Interstate 30, Benton (in the long-vacant former Dixie Cafe) to its two restaurants in Little Rock — 1817 S. University Ave. and 225 N. Shackleford Road — and one in North Little Rock — 2703 Lakewood Village Drive. No timeline yet on when it's expected to be up and boiling.

And Arkansas' first co-branded Fatburger & Buffalo's Express that opened in December at 38 S. Broadview St., (U.S. 65) Greenbrier, has apparently been sufficiently successful that the Los Angeles-based parent company FAT Brands Inc. (that's an acronym for "Fresh. Authentic. Tasty.") has signed a new development deal with as-yet unnamed franchisee or franchisees to open six more Arkansas locations over the next four years. (More details, you ask? We — and a company spokeswoman — wish we could provide some.)