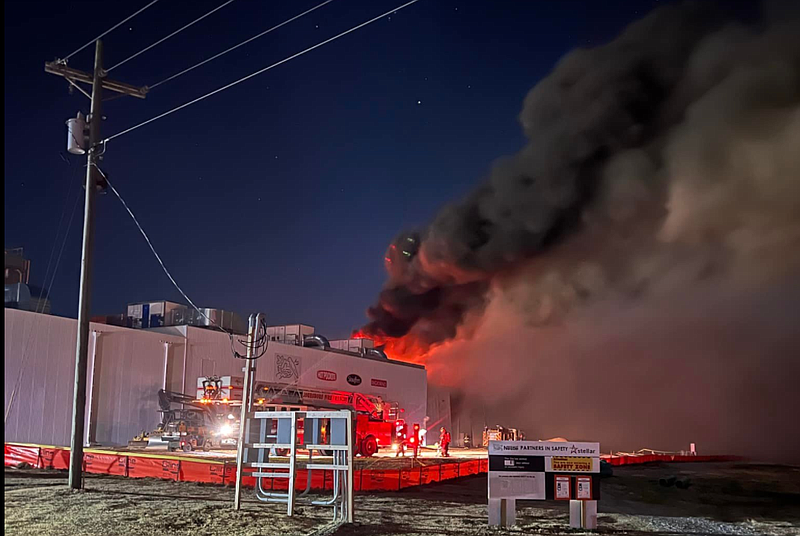 The fire at the Nestle plant in Jonesboro was extinguished a little over 24 hours after it first started Wednesday afternoon, according to Jonesboro Fire Chief Kevin Miller.

Multiple engines responded at 4:17 p.m. Wednesday to 1 Nestle Way and made entry into the building, where they found the fire burning within a large piece of a production line cooler, according to a Facebook post from Jonesboro police.

The fire was declared out, and the last units were cleared out, at 4 p.m. Thursday, Miller said Friday.

Due to the construction makeup of the cooler, the fire could not be easily accessed, police said.

A large explosion occurred within the structure while all crews were inside. Crews were forced to move back, and the immediate area was evacuated, the post read. Police reported no injuries.

Due to the nature of the explosion, the immediate area was deemed structurally unsafe and all further suppression efforts were forced to take place from the exterior only, according to police.

Nestle spokesperson Joshua Morton said no employees were injured in the fire or the explosion.

“The factory will remain closed as we assess the damage and return the factory to full operation,” Morton said. "We plan to continue to support our employees financially during this time."

The cause of the fire is under investigation, Miller said. There was no estimate of damage as of Friday afternoon.