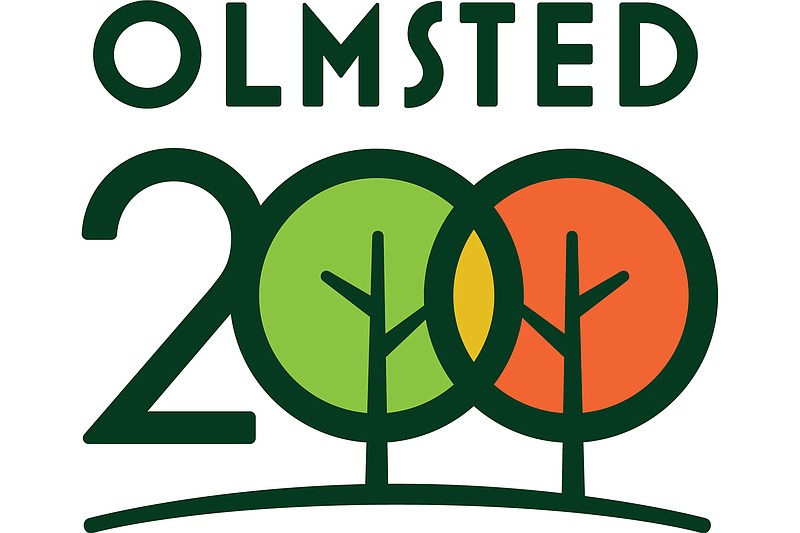 The United States is blessed with a wealth of parks, from city and county parks to a network of 52 state parks. That number can be extrapolated nationwide. One man we can thank for the birth of American park systems is Fredrick Law Olmsted.

April 26 marks the 200th anniversary of his birth, and Olmsted 200 is a movement celebrating his vision — a vision that included public parks for all people.

He believed that parks are an important part of any community. Not only do they provide a gathering place for family and friends, but they improve air and water quality, protect the groundwater and provide a home for birds and animals. Parks also help connect us to nature and give us opportunities for health and well-being, and they strengthen our communities.

Considered the father of American landscape architecture, Olmsted was born in 1822 in Hartford, Conn., and grew up in a family that valued nature and the outdoors.

He taught himself architecture; but first he was a seaman's apprentice, a merchant, a farmer and a journalist. He traveled in 1850 to England as a journalist. This tour proved to be life-changing. He toured Birkenhead Park in Wirral, England, and had an epiphany. Birkenhead Park had opened in 1847 as the world's first publicly funded civic park. It held nearly 140 landscaped acres and was open to the public for free.

Olmsted decided that park access should be a right for all Americans, too. Birkenhead inspired him to come back to the United States and get something started. His epiphany led to the creation of Central Park in New York.

Central Park was the first landscaped park in the United States.

Open to the public in 1859, this massive public works project took more than two years to complete, with nearly 50 million cubic yards of stone and soil moved, 36 bridges and 11 overpasses constructed and 500,000 trees, shrubs and vines planted.

In 1916, his son helped draft legislation that helped create the national parks.

While best known for his creation of Central Park, Olmsted created hundreds of designs, over 30 years literally defining the field of landscape architecture and illustrating how landscapes could improve the human condition.

Although we think of Olmsted as a park maker, in fact he designed every kind of landscape, including parks and parkway systems, recreation areas, college campuses, urban and suburban areas, planned communities, cemeteries and special landscapes for arboreta and expositions.

Some of his other projects include Boston's Emerald Necklace, the U.S. Capitol, the campus of Stanford University in California, Belle Island Park in Detroit, and his last major work, the Biltmore Gardens in Asheville, N.C.

Olmsted retired in 1895, but his sons John Charles and Frederick Jr. continued the Olmsted Firm, which worked as a landscape architecture firm for more than 100 years.

[Video not showing above? Click here to watch » arkansasonline.com/319bilt/]

In 1980, a group of design and preservation professionals and interested individuals formed a coalition dedicated to advance the work and legacy of Frederick Law Olmsted. Their mission is to advance Olmsted principles and the legacy of irreplaceable parks and landscapes that revitalize communities and enrich people's lives.

To commemorate the bicentennial of his birth, Olmsted 200 was organized. With the theme "Parks for All People," hundreds of events will be celebrated across the United States this year.

◼️ The Little Rock Garden Club is sponsoring a high school student art contest with a cash prize of $200 for the winning entry. The deadline to submit an entry is April 8. Here is a shortcut link: arkansasonline.com/319club.

◼️ At 6:30 p.m. April 14, the Central Arkansas Library System is hosting an online webinar, "The Genius of the Place: Frederick Law Olmsted, Landscape Architecture and Arkansas."

Kimball Erdman of the Fay Jones School of Architecture at the University of Arkansas will speak about Olmsted and the history of landscape architecture. Tom Hill of Hot Springs National Park will speak on Olmsted's brief encounter with Arkansas; and Chris East of StudioMain will address landscape architecture possibilities adjacent to the Main Library in Little Rock. Ken McCown of the Fay Jones School will moderate. The event is free, but registration is required. Here is a shortcut link: arkansasonline.com/319olmsted.

For a list of all the events planned throughout the year (more will be added as they are organized) visit olmsted200.org and look under "Join the Celebration."

Parks build better cities and communities, making them vibrant and sustainable. Frederick Law Olmsted's vision of public parks for all people and parks' ability to strengthen communities and promote public well-being are more important than ever.