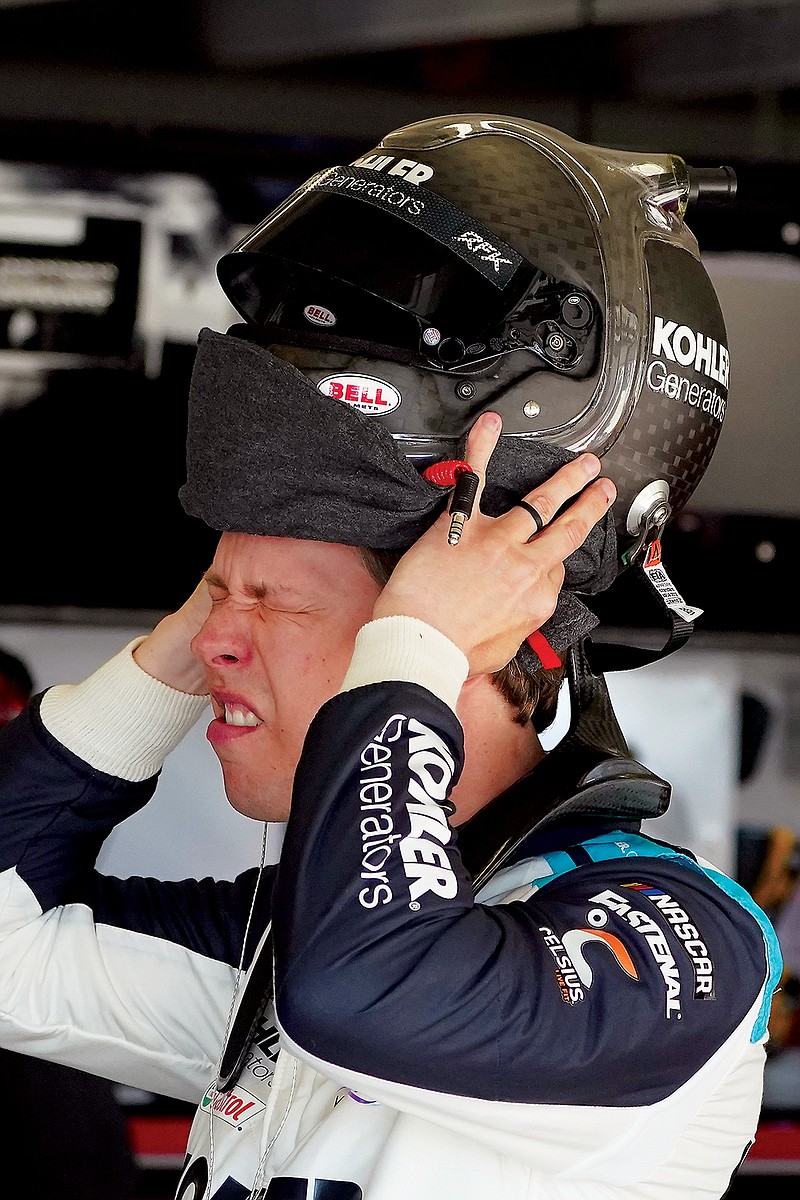 HAMPTON, Ga. -- Atlanta Motor Speedway billed its striking changes as a “reimagining” of the venerable track.

During a 40-minute practice session, the drivers dealt with the reality of what they’ll be facing today in the NASCAR Cup race.

“Full-blown chaos,” Christopher Bell said, sounding like he was finally able to exhale.

Already one of the fastest tracks in the series, the 1.54-mile trioval was repaved with even steeper banking heading into the first of two Cup races in Atlanta this year.

The result is more pack-style racing, with the drafting in practice looking eerily similar to restrictor-plate traffic jams at Daytona or Talladega.

That should be thrilling for the fans, but there could be a lot of banged-up race cars when the grueling day is done.

With everybody essentially feeling like a rookie, the practice session was especially important for drivers to work through the quirks and experience the unique features of the new layout.

“Everything seemed kind of chaotic for a practice session,” said Ricky Stenhouse Jr., who posted the fastest lap at 186.616 mph. “We were all trying to learn as much as we could.”

They found it was easier to stay in the draft than the plate races, but there were some anxious moments through the sweeping curves, with the banking increased from 24 to 28 degrees and a narrower track.

Coming off turn four, it could get especially treacherous when the cars attempt to dive into the pits.

“One mistake could wipe out most of the field if you’re at the front,” Stenhouse said. “It’s going to be kind of crazy to watch this.”

Reigning Cup champion Kyle Larson and Ryan Blaney are listed as the co-favorites by FanDuel.

No matter who wins, there are sure to be plenty of exhausted drivers by the time they complete more than three hours of racing.

“To run 325 laps around here is a lot,” Busch said. “You’re going to be packed up in some tight conditions. It’s probably going to be more mentally than physically, but we’re going to be tired after this one.”

Heavy rains wiped out the practice sessions for all three series Friday, forcing NASCAR to make changes to the weekend schedule.

Qualifying had been set for Saturday, but it was canceled so the cars and trucks could get some much-needed practice time.

Chase Briscoe, coming off his first series win at Phoenix, will start the Cup race from the pole under NASCAR rules. He’ll be joined on the front row by Blaney.

The cars circled the trioval under sunny skies Saturday, though there were some stiff gusts that made things interesting. The forecast for today was more sun with temperatures in the upper 60s.

Other than Busch, who has three top 10s and ranks second in the points through four races, Joe Gibbs Racing is off to a rough start this season.

Martin Truex Jr., Denny Hamlin and Bell have only one other top 10 between them -- Truex’s eighth-place showing at Las Vegas -- and are eager to turn things around in Atlanta.

Truex is 13th in the standings, while Hamlin is way back in 27th and Bell is even worse in 30th.

It may not matter much with the new layout, but Blaney and Kurt Busch won last year’s races in Atlanta.

Also keep an eye on Kevin Harvick, who hasn’t reached Victory Lane since the 2020 season. He’s won three times in Atlanta and turned in plenty of strong runs, most notably in 2017 when he won the pole and led 292 laps before finishing ninth.

Harvick ranks 10th in the points with a couple of top-10 finishes. He’s looking to break a 47-race winless streak