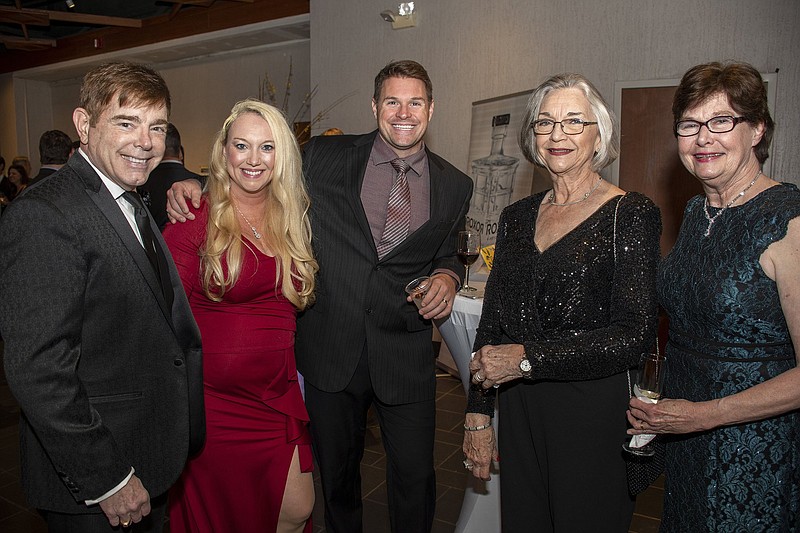 The evening began with music by JAZZ R US, cocktails and a silent auction in the North Lobby of the Cabe Festival Theater. A seated dinner was served in the Studio space at tables draped in white cloths and centered with sprays of yellow spring flowers. The menu included a garden salad of mixed greens, mozzarella and heirloom tomatoes; and an entree of chicken in a chimichuri sauce, wild rice with sauteed mushrooms and celery, and green beans provencal.

Lisa Fischer served as emcee for the program which included an introduction of event chairmen Betty Brinkley Harrison and Bob Harrison and executive and artistic directors Michael and Catherine Fothergill. An Above The Barre Award was presented to Chris Cranford and the creative team at Cranford & Co followed by a live auction.

The evening ended with an offering of dessert and a chance to dance to the music of the Dizzy 7 band.