ARKANSAS SIGHTSEEING: State’s many spring festivals return — to celebrate all sorts of things 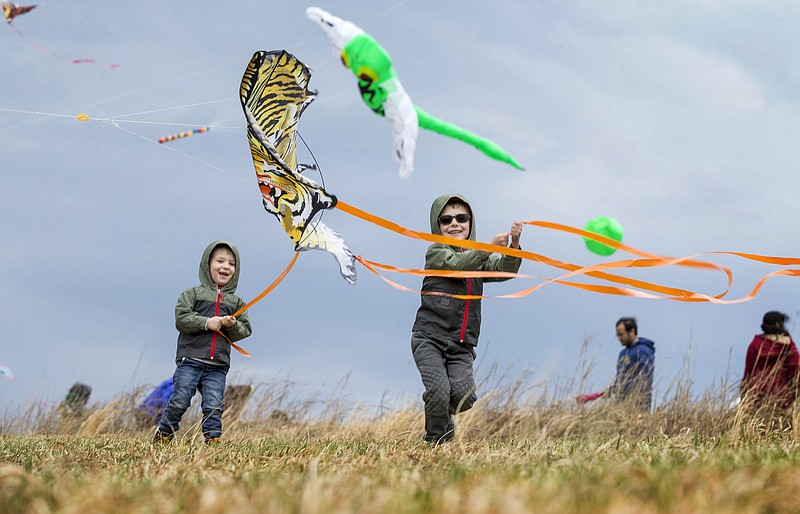 Among the many pleasures derailed by the pandemic in the past two years were nearly all the spring festivals that normally bring fun and funds to Arkansas communities. With many events returning in 2022, here is a sampler of time-tested favorites. In most cases, admission is free to festival grounds. More festive events are listed at arkansas.com.

◼️ Kite Festival, Turpentine Creek Wildlife Refuge, 7 miles south of Eureka Springs, Saturday. “Go fly a kite!” will be not an insult but rather an invitation this weekend at the renowned Northwest Arkansas sanctuary for tigers and other large carnivores. Admission is free to the kite-flying field, while regular prices apply for entering the refuge. Visit turpentinecreek.org.

◼️ Arkansas Folk Festival, Mountain View, April 15-16. A cornucopia of music is a prime attraction of this event tied to the seasonal opening of Ozark Folk Center State Park. Much of the performing takes place on the lawn and steps of Stone County Courthouse. An artisans market sells the crafts of exhibitors. Admission is free to the state park’s Craft Village. Visit arkansasstateparks.com. 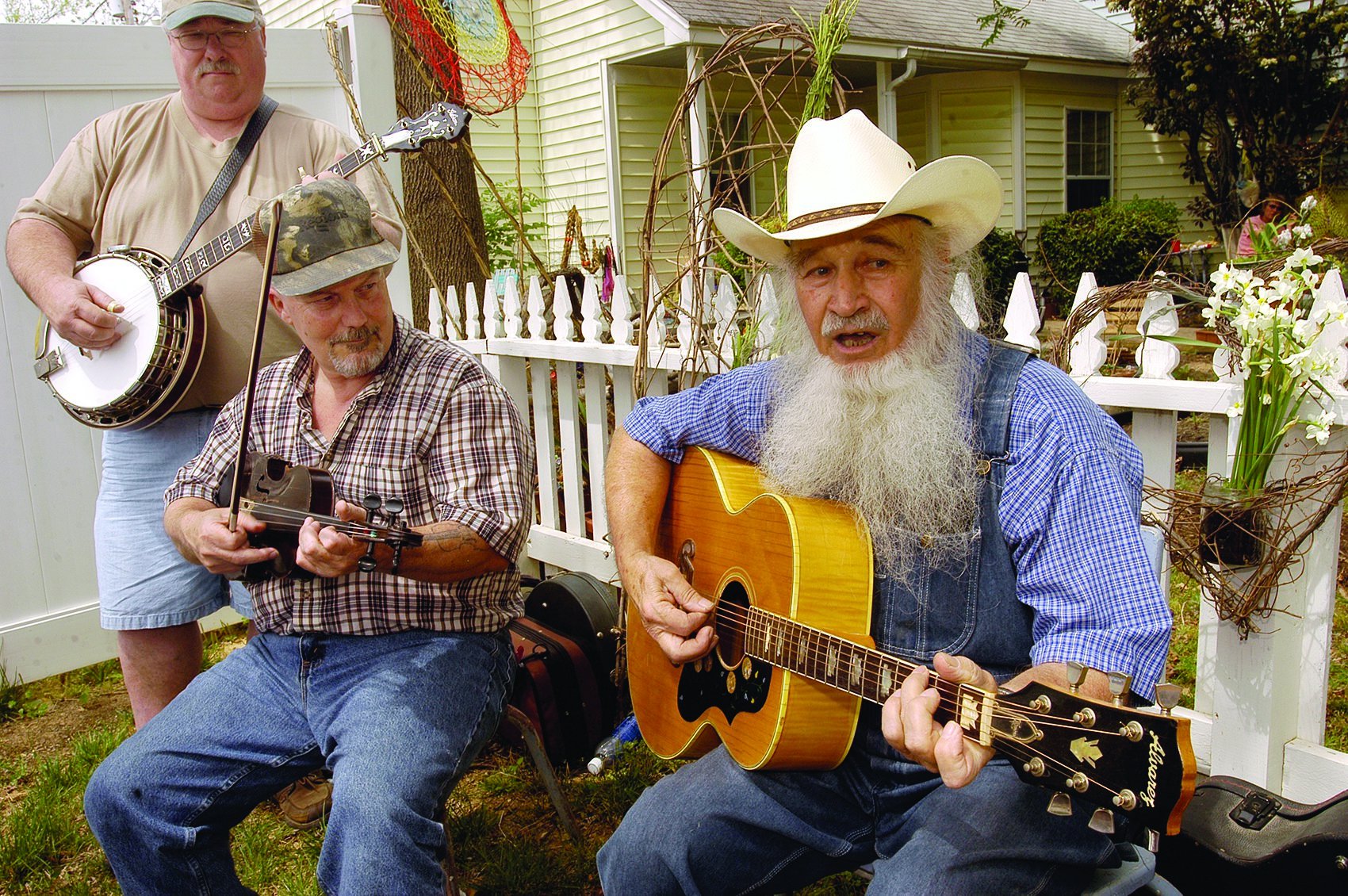 Music takes over downtown Mountain View during the Arkansas Folk Festival. (Democrat-Gazette file photo/Marcia Schnedler)
◼️ Fordyce on the Cotton Belt, April 16-23. Displays of model trains evoke the halcyon days of railroading during Fordyce’s weeklong event that schedules its main activities for April 22-23. There’ll be music downtown on the evenings of April 21-23. Also set are shows of motorcycles and classic cars, as well as a steak cook-off. Visit fordyceonthecottonbeltfestival.com. 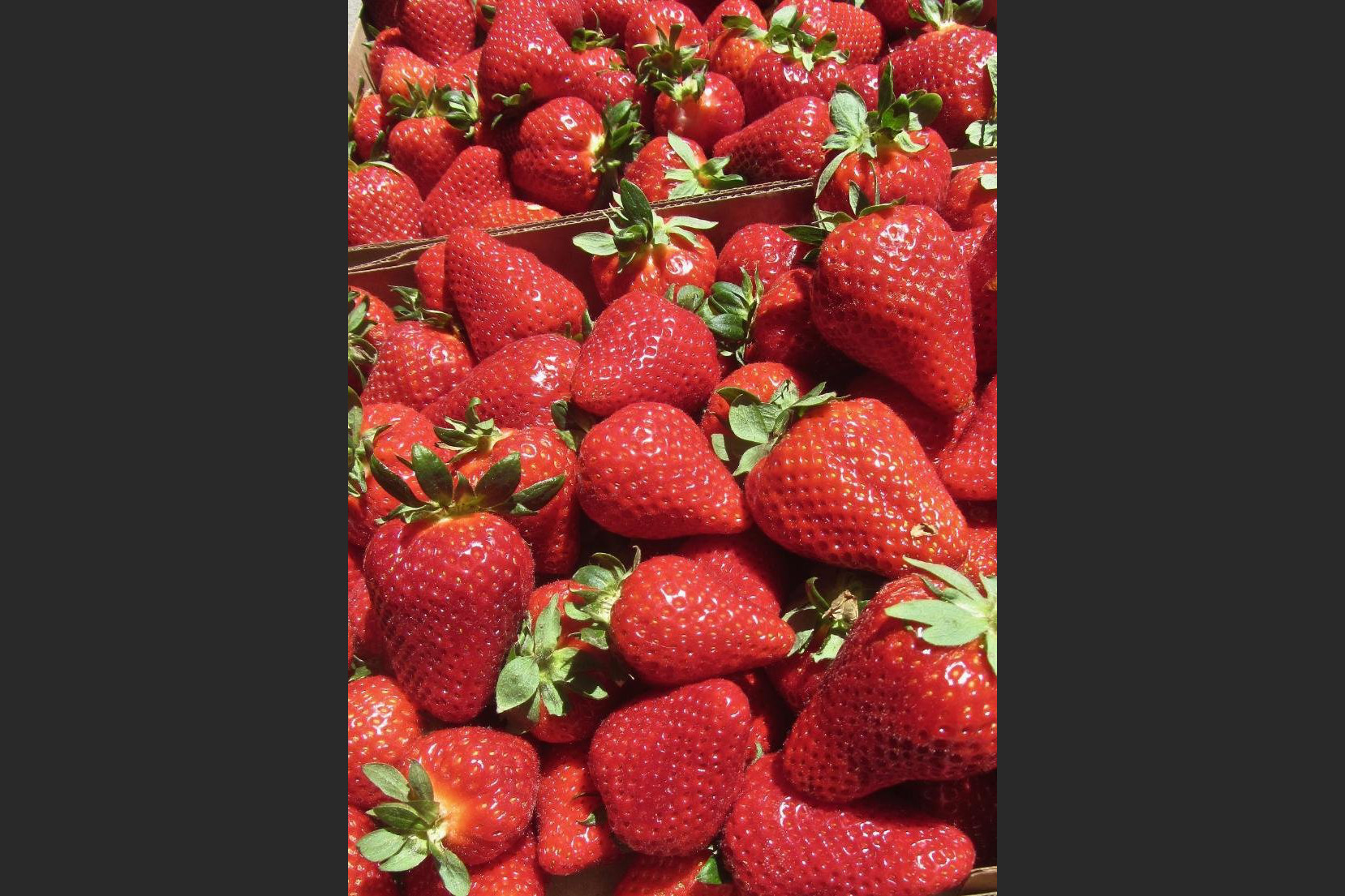 On sale at Cabot Strawberry Festival are fresh berries from surrounding Lonoke County. (Special to the Democrat-Gazette/Marcia Schnedler)
◼️ Cabot Strawberry Festival, April 29-30. The Junior League of Cabot organizes this flavorful festival in downtown Cabot to celebrate the berry business in surrounding Lonoke County, as well as supporting the league’s welfare projects. Along with a carnival, there’s a kid zone and food trucks, plus an amplitude of strawberries. Visit jacabot.com. 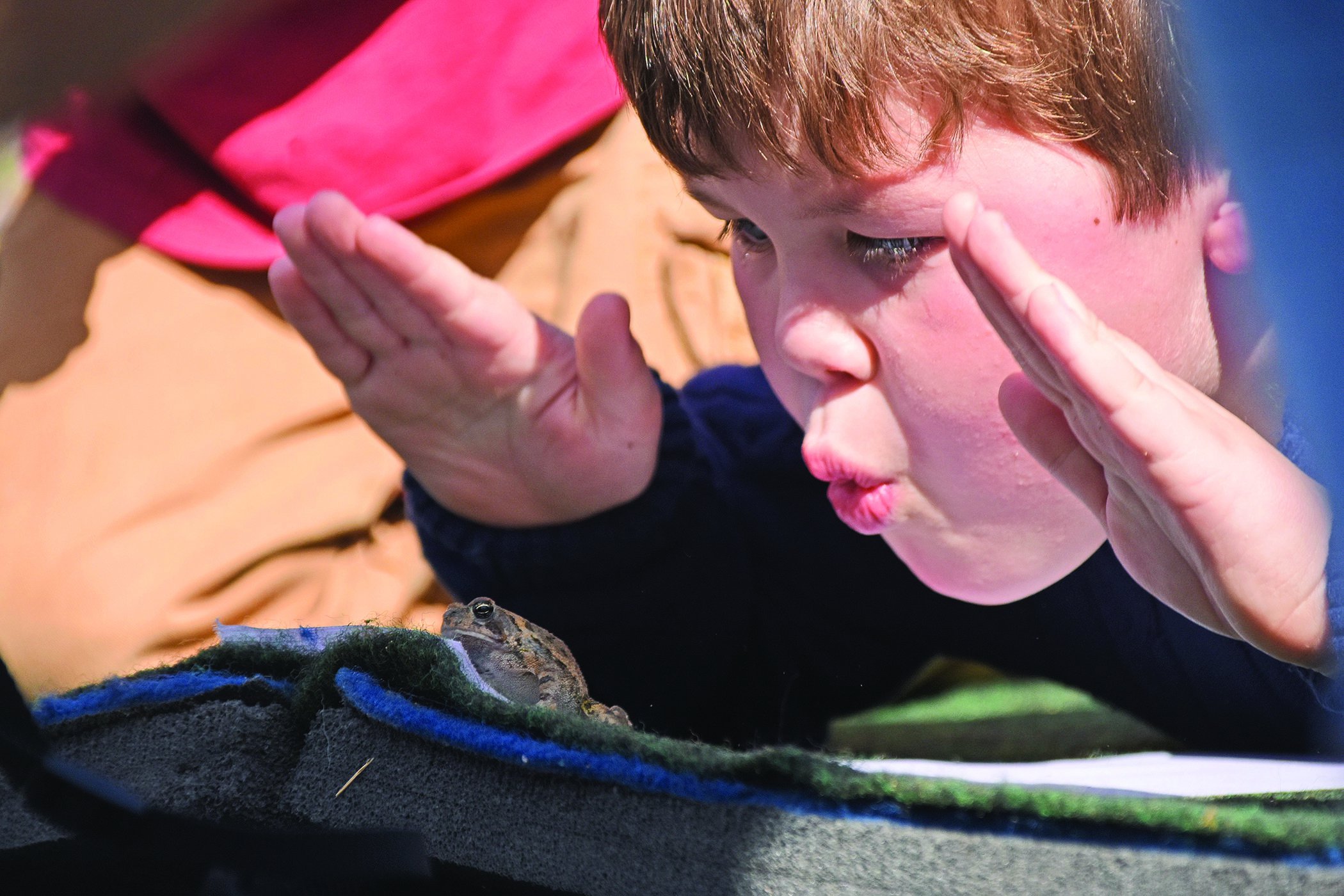 Children have lots of fun at Toad Suck Daze in Conway. The frogs, not so much. (Democrat-Gazette file photo)
◼️ Toad Suck Daze, Conway, April 29-May 1. The mere idea of toads competing in the amphibian version of the long jump has been enough to make Toad Suck Days a festival favorite since its 1992 inception. Some of the hoppers are coached by girls and boys. As for the event’s name, it is said to date to the 19th century, when locals thus described the riverboat crews slurping their booze in rustic taverns. Visit toadsuck.org. 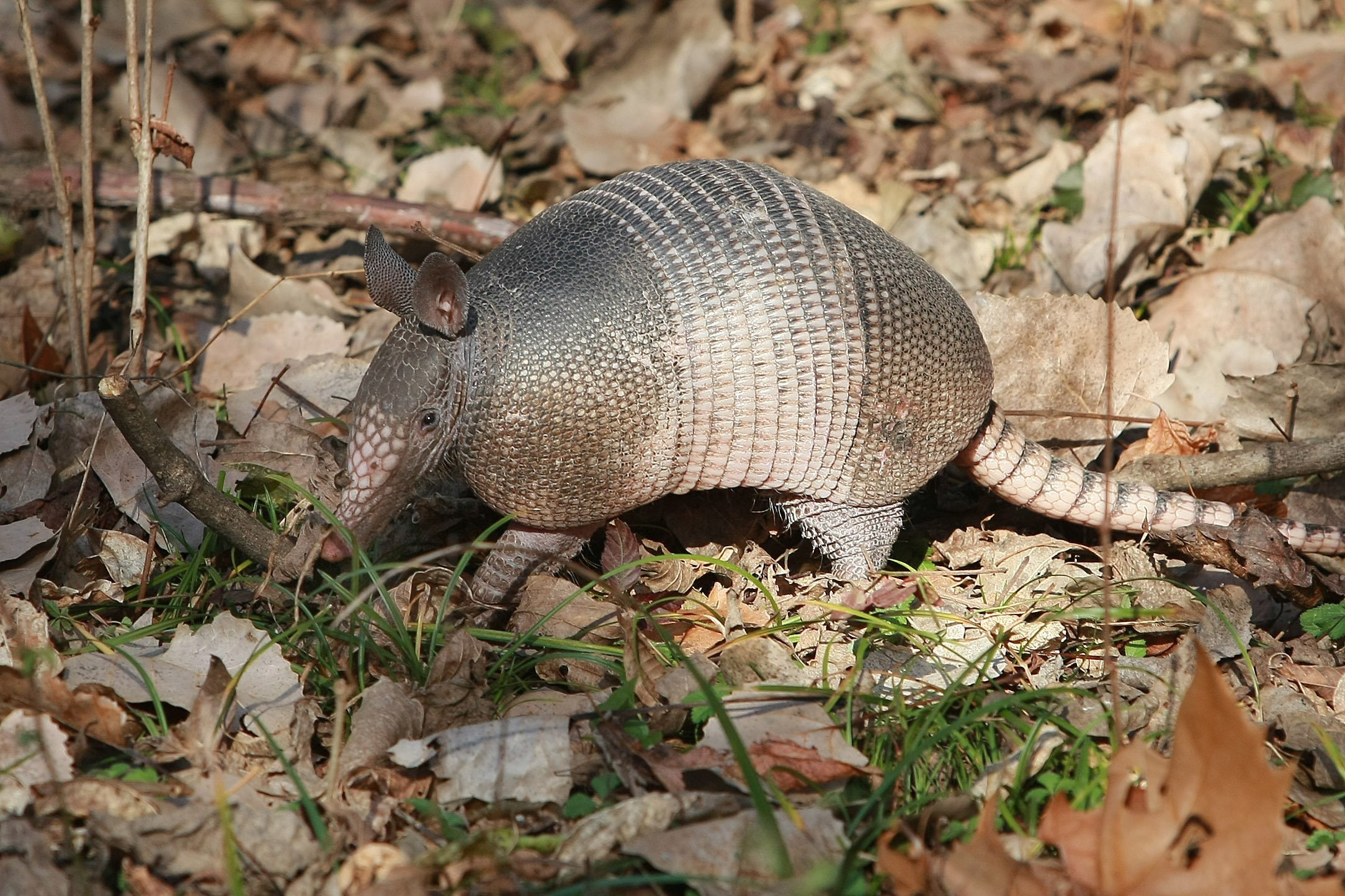 Arkansas’ armored animals, armadillos, are the talk of the town in Hamburg in May when the World Famous Armadillo Festival is held. (Democrat-Gazette file photo)
◼️ World Famous Armadillo Festival, Hamburg, May 7. The armadillo races in the Ashley County seat lack the allure of parimutuel betting, but they do qualify as something completely different. Jumping frogs have their own competition. The day of fun winds up with evening music by the Troy Hawkins Band and Diamond Rio. Visit hamburgchamber.com.

◼️ Old Timers Day Steam-Punk Festival, Van Buren, May 14-15. According to organizers, “Steam-punk consists of elements of steam power, gears and wheels — with a backdrop of Victorian England or America’s Wild West.” The performers include “pop-up acts, stilt walkers, fire breathers, sword swallowers, acrobats and so much more.” It’s fair to ask whether very much more is needed. Visit vanburenchamber.org.

◼️ Magnolia Blossom Festival and Championship Steak Cookoff, May 20-21. Two quite different seductive smells compete for visitors’ attention at Magnolia’s spring celebration. The fragrance of freshly blooming magnolias mingles with the mouth-watering aroma of 3,500 ribeye steaks on the grill. Maestros of red meat are competing for $10,000 in prizes. Visit blossomfestival.org. 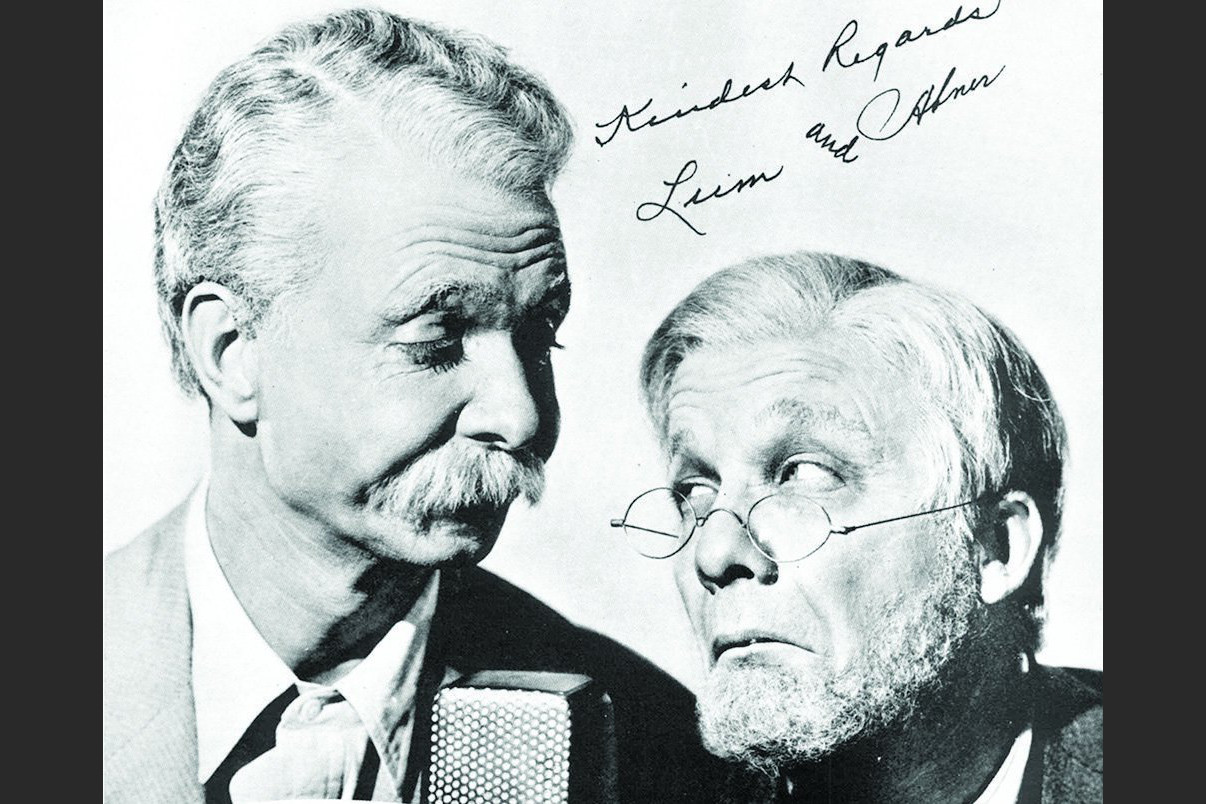