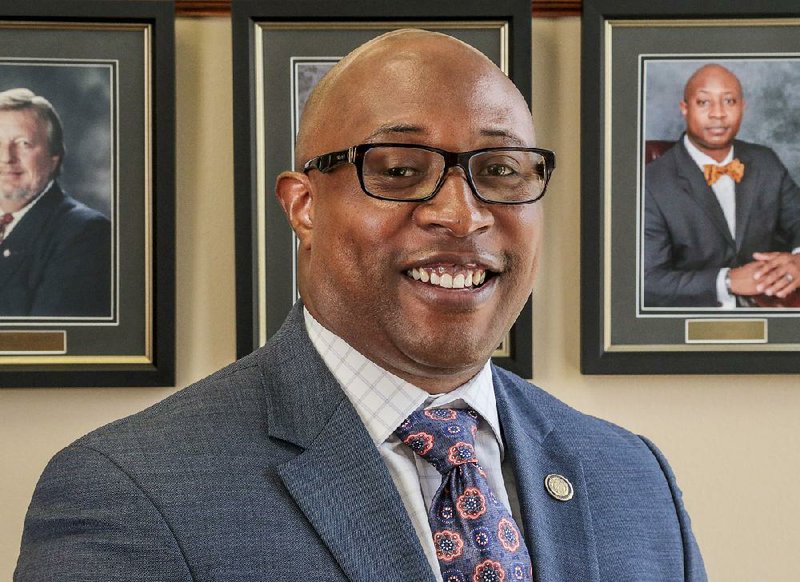 A Little Rock consulting firm is suing the governing board of the city's public housing authority for terminating a contract last year, claiming the move was illegal and hurt the company financially, according to court documents.

Pinnacle Strategy Group, run by attorney Leon Jones Jr., demands the rest of a promised $160,000 maximum payment from the Metropolitan Housing Alliance Board of Commissioners, which enlisted the firm to investigate claims of misconduct that a former agency leader levied against the board in June.

The contract stated the firm would be paid $275 per hour for a maximum of 20 hours per week over up to 10 months. The firm was paid $3,900, or just over 14 hours' worth of work, during the weeks the board honored the contract, according to the civil suit filed March 7 in Pulaski County Circuit Court.

The suit names board Chairman Kenyon Lowe as a defendant in addition to the board as a whole.

Pinnacle Strategy Group alleges breach of contract, "fraudulent misrepresentations" of the contract and that the creation and dissolution of the agreement hurt the consulting firm financially.

Jones, who is running for the Republican nomination for Arkansas attorney general, also "relied to [his] detriment" on the income promised by the deal with the board, according to the suit filing.

Lowe said at the board's March 17 meeting that the board had not been served with Pinnacle Strategy Group's lawsuit. He did not respond to calls and texts requesting comment Thursday.

The board hired Jones to investigate then-Executive Director Nadine Jarmon's claims, listed in a memo to the Little Rock mayor's office and the local field office of the U.S. Department of Housing and Urban Development.

Jarmon said the commissioners repeatedly engaged in unnecessary spending, sidestepped federal approvals and had conflicts of interest with parties involved in transactions with the housing authority.

The board voted unanimously at a June 29 meeting to hire Jones, suspend Jarmon with pay for the duration of the investigation and put then-financial director Andy Delaney in Jarmon's post during that time.

The contract between the board and Pinnacle Strategy Group went into effect July 1. The HUD field office contacted Lowe on July 19, stating in a letter that the contract was "improperly procured."

"Unless the Board can provide additional information showing this contract was properly procured, it must immediately terminate this Contract and make no further payments on it," Little Rock field office Director of Public Housing Anthony Landecker said in the letter.

The board had until July 21 to drop or justify the contract, Landecker said.

Pinnacle Strategy Group alleges in the lawsuit that Lowe told Jones the board "would not end the contract" and would "discuss how to address the concerns" at a special meeting July 20.

However, the board did not vote on either option at its special meeting July 20, and Lowe did not directly address the field office's concerns at the meeting. He said the board should transfer the "authorities and powers" outlined in the contract with Jones to the board's attorney.

Jones learned that the board had apparently ended the contract in a July 21 article in the Arkansas Democrat-Gazette, the lawsuit states.

"As of the filing of this lawsuit, Plaintiff has not received written notice of termination as outlined in the contract," according to the suit.

In response to an Arkansas Freedom of Information Act request at the time, Lowe provided the Democrat-Gazette with an email he sent to Delaney regarding the contract. The email did not include the date it was sent, but Lowe said he sent it July 19.

"Under the provision provided by the field office, cease and detest the contract of Mr. Leon Jones and Pinnacle Strategy Group," Lowe wrote.

"[The board] entered this contract willingly with Mr. Jones and Pinnacle Strategy Group, and to just violate its terms so blatantly is inappropriate," Devine said.