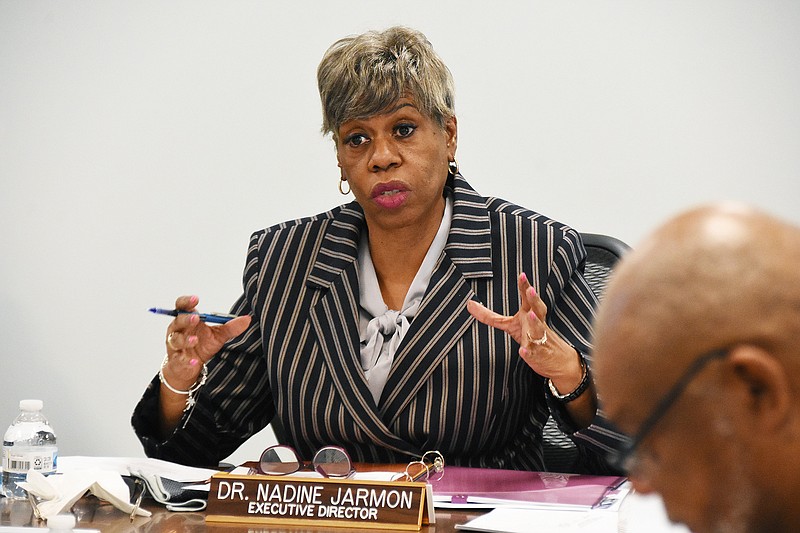 The U.S. Department of Housing and Urban Development's watchdog closed its investigation into a whistleblower retaliation complaint from a former head of Little Rock's public housing agency.

A March 11 letter to Nadine Jarmon's attorney, Chris Corbitt, stated that her federal lawsuit against the Metropolitan Housing Alliance meant the federal housing department's Office of Inspector General would not proceed with investigating one of her two complaints against the housing authority board of commissioners.

In June, Jarmon filed a 161-page complaint to both the city and the local HUD field office, alleging widespread misconduct by the housing authority board and calling for the removal of all five commissioners.

Jarmon had been the agency's executive director since April, and the board suspended her with pay days after her complaint. She filed a second complaint with the HUD fraud hotline on Aug. 21, claiming her suspension was retaliatory.

The board fired Jarmon four days later. She sued the agency in October, alleging the firing was a direct retaliation for the additional complaint.

The HUD inspector general's office told Jarmon's attorney in the March 11 letter that she had not "exhausted [all] administrative remedies" for her removal, as she claimed in the lawsuit.

Additionally, the letter cites the federal statute that covers whistleblower protection. It states that an inspector general does not need to investigate a complaint of retaliation if the complaint is already being litigated.

Jarmon and Corbitt "are welcome to re-file a new complaint with our office" within three years of the alleged retaliation "if the circumstances were to change," meaning once the litigation is resolved or dismissed, the letter states.

Due to this possibility, Corbitt sees the investigation as postponed rather than dismissed, he said in a Thursday interview.

He called the decision to close the investigation "absurd."

"They just punted," Corbitt said. "They don't want to do their job, as far as I'm concerned."

Jarmon's initial complaint in June accused the housing authority board of "gross misconduct," "inefficient governance," financial mismanagement and excessive involvement in day-to-day agency operations. She submitted a collection of emails, bank statements, board minutes, board resolutions and other documents as evidence to back up her claims.

The Office of Inspector General in the letter to Jarmon said it was only closing the investigation into her retaliation claim, and that investigations into waste, fraud and abuse were a separate matter.

Board chairman Kenyon Lowe dismissed Jarmon's concerns as "conjecture" and "noise" at the time they were made.

The attorney said Corbitt "recently communicated that he understands that Jarmon's claim has problems," Benedicto said.

Commissioner Leta Anthony later said Corbitt "put it nicely when he said [the claim] had holes in it."

Jarmon was the Metropolitan Housing Alliance's fourth of six executive directors -- interim, acting or official -- in six years. The agency faces another lawsuit and an insurance claim from Jarmon's two immediate predecessors.

The commissioners voted unanimously at their January meeting to notify the insurance carrier's attorney that they intend to take all the pending conflicts to court.

Marshall Nash, who was interim executive director from November 2018 to April 2019, sued the board in Pulaski County Circuit Court in October 2020, seeking $40 million in damages for slander, libel and defamation. The case is scheduled for a hearing April 25.

Anthony Snell, Nash's successor and Jarmon's immediate predecessor, filed a constructive discharge claim with the housing authority's insurance provider. He has not filed a lawsuit.

Constructive discharge is when an employee resigns because of a hostile work environment, meaning the resignation was not truly voluntary.

Snell seeks financial compensation in the form of three years' pay. He was executive director for nine months and resigned in June 2020.

His resignation letter, which Jarmon included in her 161-page memo, made many of the same allegations of board overreach that Jarmon made.