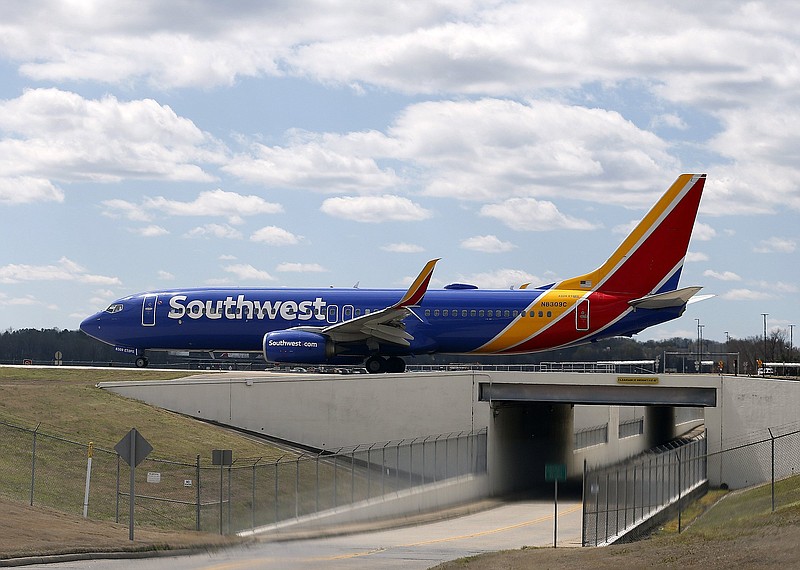 The state's largest airport has emerged relatively unscathed from the pandemic but it will continue to face challenges in adding or keeping airline service as the nation's airlines deal with pilot and aircraft shortages, the failure of business travel to return to pre-pandemic levels and rising fuel prices.

The disruption and uncertainty, however, create opportunities.

Those were among the key takeaways from an air development workshop held last week at Bill and Hillary Clinton National Airport/Adams Field.

"We experienced a shock event unlike anything else," he told members of the Little Rock Municipal Airport Commission and airport executives. "In the past, we've had recessions, other minor blips along the way. 9/11, looking in the rearview mirror, looks minor compared to what we had now."

Passenger traffic fell to levels not seen since the 1990s while airlines offered just "minimum service" as part of an effort to keep the economy going while much of the nation was "locked down" in an effort to halt the spread of the covid-19 virus.

One immediate impact of the pandemic was the loss of business travelers. They represent an outsize portion of airline passengers because they travel frequently and often pay premium prices for their tickets.

"I had one airliner planner tell me that the state of Florida early on in the pandemic single-handedly kept the industry afloat because people wanted to get out eventually," Pickering said. "These leisure destinations were benefiting more so than the typical business markets."

Since demand for airline products fell, so did profitability, which led to cutting costs. Airlines were unable to reinvest in new aircraft and offered early retirement packages to employees, including pilots, their most expensive labor cost, Pickering said.

Once demand began returning, the airlines no longer had pilots in place to meet it. Now fuel costs are rising and business travel hasn't returned, Pickering said.

"We've got this perfect storm," he said. "We've got lack of business travel, we've got crew shortages, fuel increases, disruptions going on in economies around the world. And fewer airplanes as well."

All that disruption and uncertainty has left smaller cities with reduced service. Delta Airlines, for one, has pulled out of Fort Smith Regional Airport. American Airlines still serves the airport.

Other destinations such as Myrtle Beach and Key West are fully recovered, according to Pickering.

"Little Rock is somewhere in between," he said.

Margaret Muir was one of two executives from American who spoke at the daylong workshop.

"You can see where we're arranged our service from Little Rock -- we connect east and west and north and south -- so lots of options for the Little Rock passenger who is trying to get just about anywhere in the country," said Muir, senior manager for network planning at American.

These days, she said, Clinton National is performing pretty consistently to and from the American hubs in Dallas and Charlotte.

"Because you can connect anywhere at these hubs, they tend to hold up better," Muir said.

The Chicago hub is impacted by winter weather, Miami weekend service hasn't been strong "so far," and the D.C. hub has been slow to recover, but the airline sees some "signs of strength," she said.

Given all the challenges American and the rest of the airline industry faces, Muir said it will be difficult to expand service at Clinton National.

The airline looks at a number of metrics to weigh new service, she said. They include how a new route would fit into overall strategy, the demand for the new route and how valuable is that demand, would it stimulate demand and, last but not least, the opportunity cost.

"You are going to have the take the plane from somewhere," Muir said. "We don't have a plane sitting waiting to be deployed to a new market. Instead it was already doing something. What are the opportunity costs of moving from an existing market to a new market?"

And keeping the service Clinton National already has, she said, requires the airport to keeps its costs low, which it already does; keep the airline informed on changes in the market that could impact service, such as company expansions or relocation to the city; and tell the airline what customers are saying about routes and schedules.

Bryan Malinowski, the top executive at Clinton National, expressed worry that not all travelers will return.

"Airlines are telling us that the leisure travel is back but only about 50% or less of the business travel," he said. "I think that's an important point to echo."

Pickering pointed to other cities and their efforts to retain or stimulate demand, including using federal pandemic relief funds, which can be used to subsidize airline routes because they can qualify as economic development or tourism.

"Air service checks both of those boxes," he said.

Last year, the Tulsa County Board of Commissioners allocated up to $3 million in federal covid-19 relief funds to a local group to incentivize nonstop flights from Tulsa to major U.S. cities. The group has a goal of raising $15 million in public and private money to fund the effort.

Pickering warned that the incentives aren't a guarantee.

"Incentives help put you over the finish line," he said. Airlines "won't go into a market that they know is not going to work."