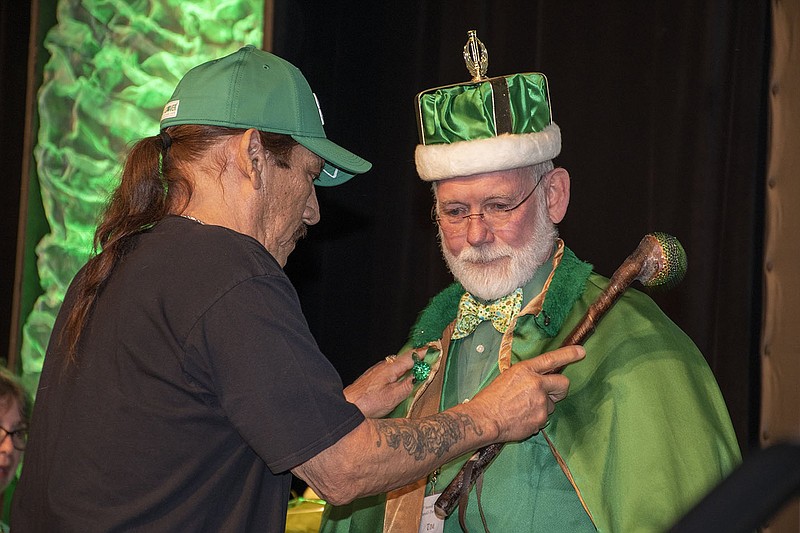 The pre-parade festivities took place at a St. Paddy's Day Cocktail Luncheon at Horner Hall in the Hot Springs Convention Center. Marin was the celebrity grand marshal of the parade and Trejo was the official parade starter.

Before the royal ceremony, the Dallas Cowboy Cheerleaders were introduced and mingled with the crowd followed by remarks from Marin and Trejo. Guests, many wearing festive green outfits, enjoyed a buffet luncheon, a variety of cocktails and visiting with the special guests.