Our Lady of the Holy Souls Catholic Church was the setting at 6 p.m. Saturday, April 23, for the marriage of Mary Grace Hathaway and Richard Andrew Meyers. Deacon John Hall officiated.

The groom is the son of Maida Jones of Miami and Richard Meyers of Hutchinson Island, Fla. His grandparents are Reina and the late Jose Cesar of Miami, the late Wilma Penney of Boyton Beach, Fla., and the late Monroe Meyers of New York.

Given in marriage by her parents, the bride wore an off-the-shoulder gown of Mikado silk with a custom slate-blue bow at the back waist. She carried a round bouquet of white O'Hara roses, calla lilies, viburnum and tweedia.

Helen Spradling Hathaway of Washington was her sister's maid of honor. Mary Margaret Frank of Washington, cousin of the bride, served as a bridesmaid. They wore slate blue and green floral evening gowns of silk organza and carried bouquets similar to the bride's.

Serving as best man was Preston Owen Bell of Washington. David Hathaway of Denver, brother of the bride, served as a groomsman.

A reception was held at the Country Club of Little Rock. Dinner tables were centered with arrangements of wedding flowers and lighted with slate blue tapers. Smaller floral arrangements were placed throughout the reception. Music during the cocktail hour was by the symphony quartet and after dinner dancing was by the Atlanta All Stars.

After a honeymoon in France and Italy, the couple will live in Washington. 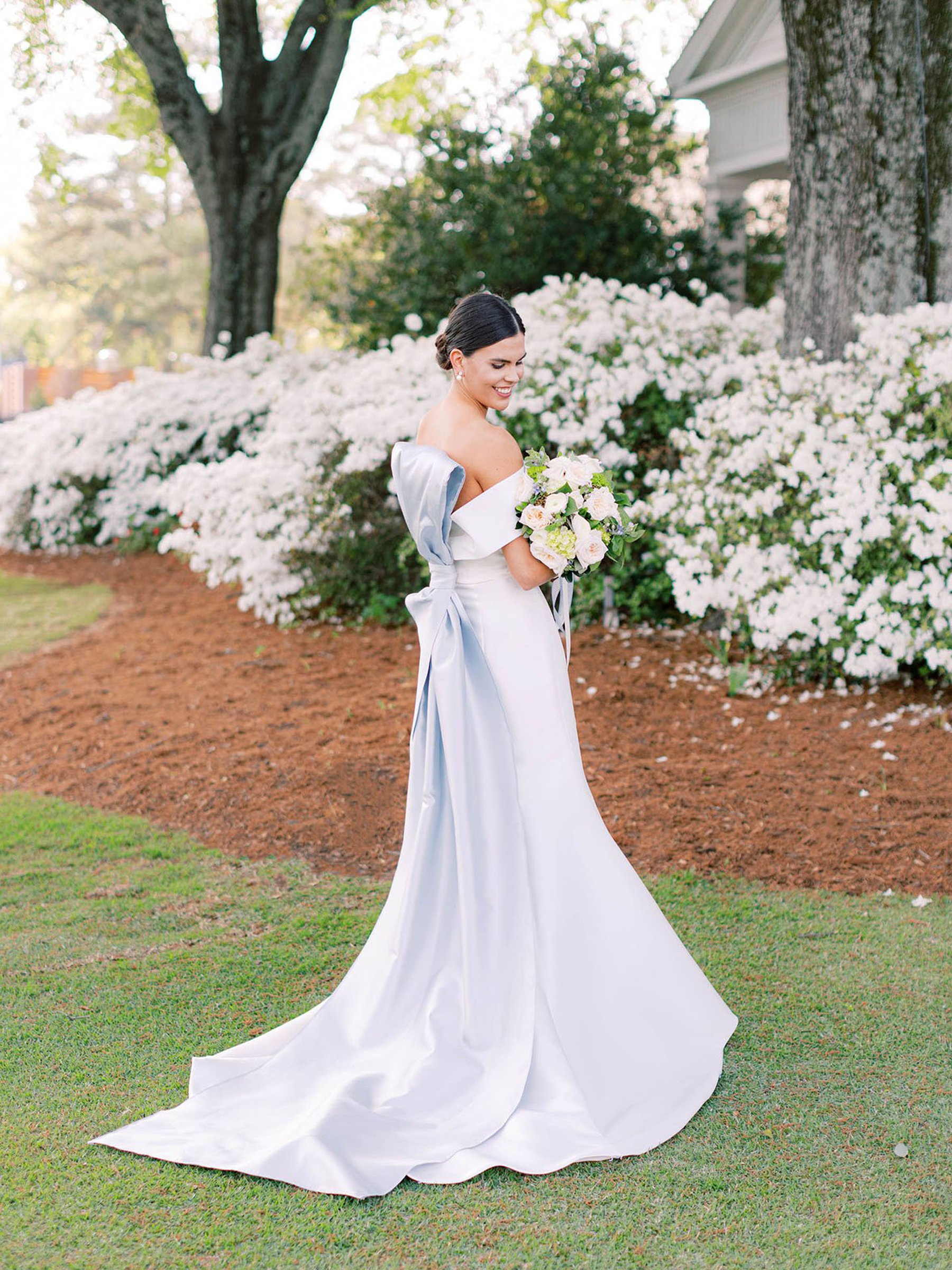