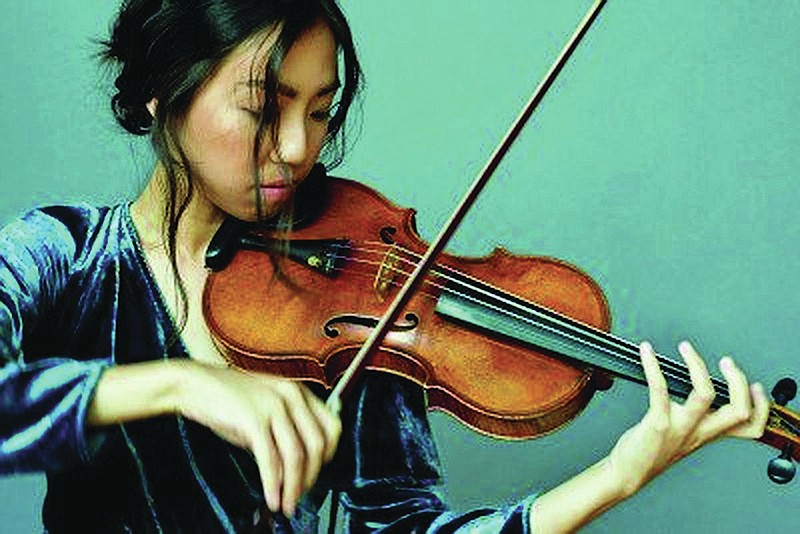 Violinist Shannon Lee solos this weekend in the Tchaikovsky "Violin Concerto" with the Arkansas Symphony Orchestra. (Special to the Democrat-Gazette)

This was a concert worth waiting for -- and also worth traveling to.

So violinist Shannon Lee, soloing in Peter Ilich Tchaikovsky's "Violin Concerto" on Saturday night with the orchestra and guest conductor Andrew Crust, assistant conductor of the Vancouver Symphony, electrified the audience instead at the Maumelle Performing Arts Center, where the orchestra performed while Robinson was under reconstruction (July 2014-November 2016).

It would be hard to say which moved faster -- Lee's fingers or her bow arm -- at the ends of the first and whiz-bang third movements. And if she had looked a little less serious, we might have known she was having a good time. The ovation earned the audience a fascinating, though not identified, encore.

Conductor Crust found himself explaining how an all-Russian program that made sense when it was put together two years ago could pertain to a concert taking place as Russia devastates Ukraine. He focused on the anti-authoritarian attitude of composer Dmitri Shostakovich, whose short, wry and whimsical "Symphony No. 9" was the first half's central attraction.

And right before the orchestra aced the "Polovtsian Dances" from Alexander Borodin's opera "Prince Igor," he quoted the lyrics sung by a not-present-at-Saturday-night's concert chorus of slaves comparing their homesickness to the plight of Ukrainian refugees. The orchestra opened by playing the Ukrainian national anthem.

Lee, Crust and the orchestra will repeat the program at 3 p.m. today at the performance hall, part of Maumelle High School, 100 Victory Lane, Maumelle. For ticket information, call (501) 666-1761, Extension 1, or visit ArkansasSymphony.org.