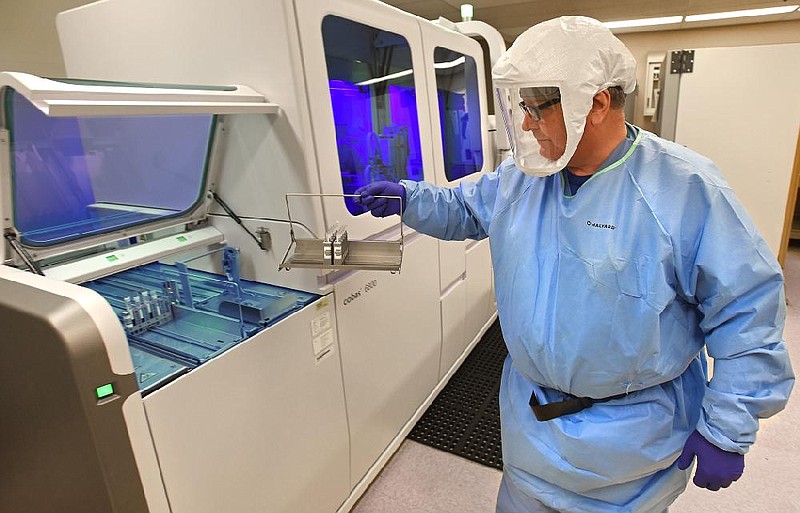 In a break with a recent trend, Arkansas officials reported Sunday less than half the number of new cases recorded daily during the past five days.

Arkansas saw 59 new cases, down from a recent daily high of 212 reported on April 26, according to data from the state Department of Health.

Active cases continued to climb, reaching 1,567 cases, the highest level since mid-March. But the daily increase in total active cases slowed in recent days. The department reported an increase of only 10 active cases Sunday compared with 59 the day before.

The number of patients hospitalized with covid-19 dropped by four to 49 on Sunday.

Other key hospitalization metrics, including the number of covid-19 patients in intensive care units and on ventilators, remained constant. State officials again reported 15 patients infected with the virus in ICUs. State hospitals saw 13 patients with covid-19 on ventilators Sunday.

The department recorded three more deaths due to covid-19 on Sunday. The additional deaths bring the pandemic death toll in Arkansas to 11,392.

Since the beginning of the pandemic, state officials have recorded 835,916 cases of the virus. At least 822,721 people have contracted covid-19 and recovered, according to the state data.