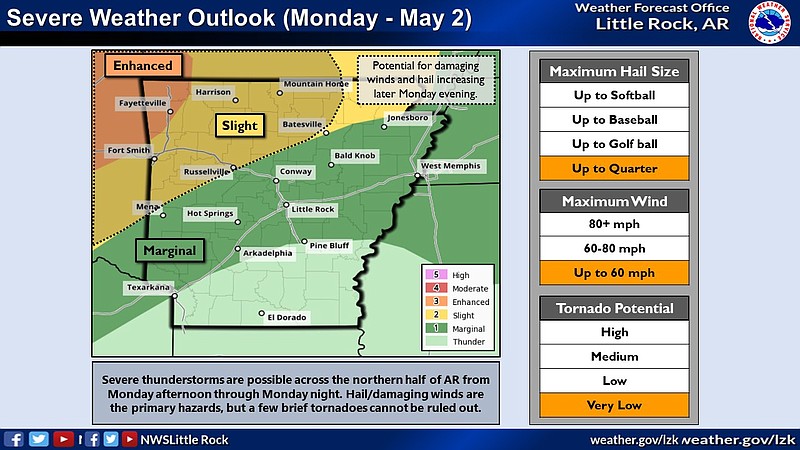 Severe thunderstorms are possible across portions of Arkansas throughout the week, forecasters said Monday.

Hail and damaging winds are the primary hazards, but a few brief tornados cannot be ruled out, a briefing from the weather service states.

Forecasters said they’ll be observing northwest portions of the state for excessive rainfall and flash flooding Monday. That region is under a flood watch through Tuesday morning, with portions of the area expected to see as much as 3 inches of rain.

Central Arkansas can expect up to an inch and a half of rain, according to the briefing.

On Wednesday, some severe storms may be seen across the northwestern portion of the state later in the day, according to forecasters.

A chance for severe weather will return Thursday, with most of the state in a risk area. According to the weather service, much of eastern Arkansas will be at the greatest for severe thunderstorms.