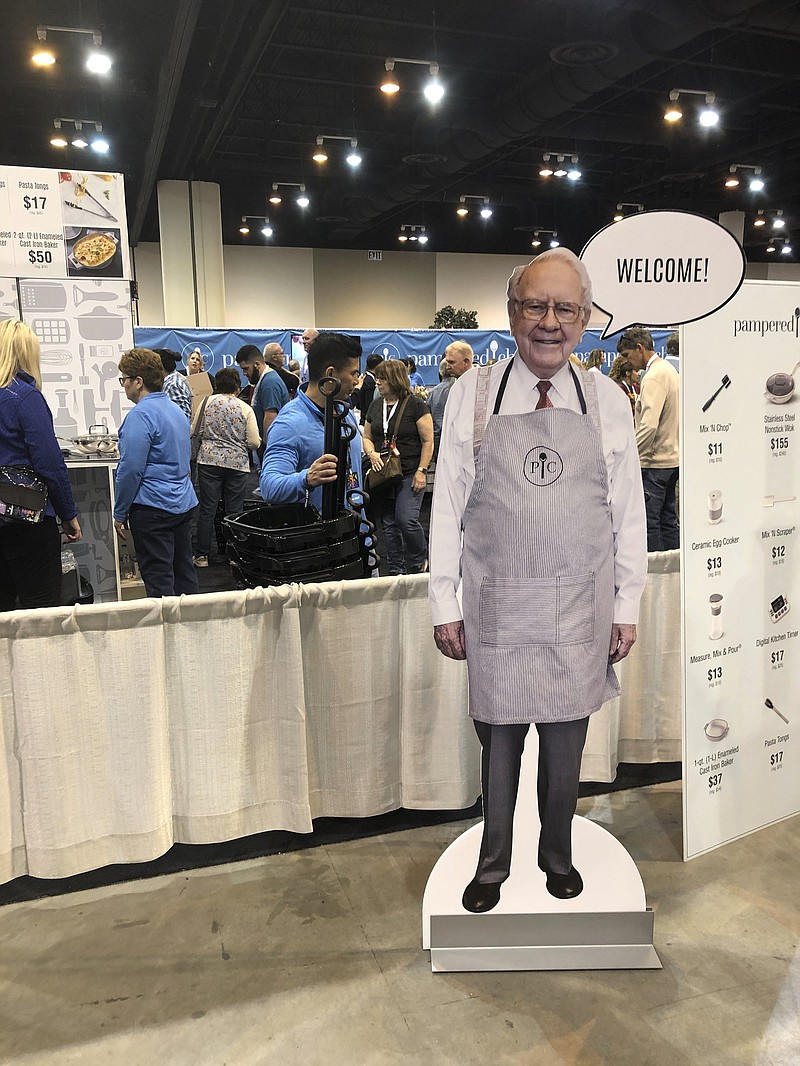 As war broke out in Europe and U.S. inflation soared, Berkshire Hathaway Inc.'s Warren Buffett was doubling down on a tried-and-trusted strategy to navigate the fallout.

The billionaire investor went on his biggest stock-buying spree in at least a decade, undeterred by the geopolitical turmoil and fears of runaway inflation. He and his deputies dug deeper into the U.S. stock market and expanded the conglomerate's stakes in Chevron Corp. and Activision Blizzard Inc., even as Buffett acknowledged the "extraordinary" price increases in Berkshire's businesses.

Buffett, who held court in Omaha, Neb., on Saturday at Berkshire's annual shareholder meeting, had faced questions about why he didn't take advantage of the downturn when the pandemic took hold. Now, as war and inflation fuel market volatility, prompting the S&P 500's worst quarter in two years, he's ramped up amid the uncertainty, making $41 billion in net stock purchases in the first quarter. That's the most in data going back to 2008.

"As long as Buffett and his team are paying reasonable prices for quality companies, these investments should do well in any environment -- inflationary or otherwise," said Darren Pollock, a Berkshire investor who's a principal at Cheviot Value Management LLC. They reflect "the sheer volume of cash coming into Berkshire's coffers along with what we think is becoming an increasingly obvious desire to get out of cash as inflation becomes more ingrained."

Buffett said he couldn't predict the trajectory of inflation over the coming months or years, though he said he's seen price increases across his businesses. He also conceded -- as he's done before -- that his firm hasn't always been good at timing its asset purchases, though it's been "reasonably good at figuring out when we were getting enough for our money."

On the home front, Berkshire let up on one of its key capital deployment levers, signaling buybacks aren't quite as attractive to the firm right now. Still, the $3.2 billion of repurchases it did make, coupled with its other investments, helped shrink the conglomerate's cash pile to roughly $106 billion -- a sum that's still above Buffett's preferred margin for safety.

Berkshire's stake in Chevron, which totaled nearly $4.5 billion at the end of 2021, hit $25.9 billion at the end of March, according to its first-quarter regulatory filing. The firm's Activision stake, which accounted for just 1.87% of the video game company's common stock, jumped to 9.5% as Berkshire wagered its deal with Microsoft Corp. would safely close.

"It is my purchases, not the manager who bought it some months ago," Buffett said on Saturday about the increased Activision stake. "If the deal goes through, we make some money and if the deal doesn't go through, who knows what happens."

The billionaire carefully navigated some of the year's biggest topics, if he addressed them at all. Scarce explicit comments were made on Russia's invasion of Ukraine, though Buffett did address a question about the risk of nuclear weapons. He gave little away about Berkshire's own succession plan.

Here are some of the other key topics that came up Saturday:

Buffett confirmed last year that Greg Abel, the vice chairman in charge of non-insurance operations, was the top candidate to succeed him when he steps down as chief executive officer. Abel, alongside fellow Vice Chairman Ajit Jain, joined Buffett, 91, and longtime business partner Charlie Munger, 98, on stage for a portion of the meeting.

Still, Buffett gave no indication that he was planning to cede his post anytime soon, and his appearance on stage reassured some investors about his ability to keep pace with the job.

"The level of mental acuity and the humor is still there. It's really something," said James Armstrong, whose Henry H. Armstrong Associates oversees investments in Berkshire shares. "I feel pretty satisfied that management of the company is in good shape."

Buffett joked that the top managers' ages frankly require a chance for investors to check in on the leaders.

"It's been three years and it's a lot better seeing actual shareholders, owners, partners," Buffett said to kick the meeting off in the morning. "If you're the owner of a company and you've got two guys -- 98 and 91 -- running the company, you're entitled to actually see them in person."

Buffett again addressed the impact of inflation, after warning shareholders last year that the economy was red hot. Inflation hurts bondholders, as well as people who stash cash under couches.

"It swindles almost everybody," Buffett said. "If you really could have a totally stable unit of monetary use for the next hundred years, it would be better for business and investors in general."

Berkshire's businesses haven't been immune to the pressures. Dairy Queen CEO Troy Bader said in an interview on Friday that it's a real challenge. Brooks Sports Inc. CEO Jim Weber acknowledged the effects on his business, which makes running shoes, but expressed some optimism that the supply challenges and inflation pressures that have weighed on the economy will lessen.

"There's been such a bubble in demand post-Covid, people have been buying stuff at an incredible rate," Weber said. "It isn't going to crash, I believe, but it's going to normalize. And when it normalizes, I think all of this capacity challenge in the supply chain is going to go back to normal. I think some prices may be more attractive because there's going to be overcapacity."

Buffett and Munger have been constant skeptics of cryptocurrencies, with Munger calling it a "noxious poison." The pair aired their deep criticism again on Saturday, with Buffett noting that he'd rather own lots of farmland or apartments -- what he calls productive assets -- than Bitcoin.

"What would I do with it?" Buffett said. "It isn't going to do anything."