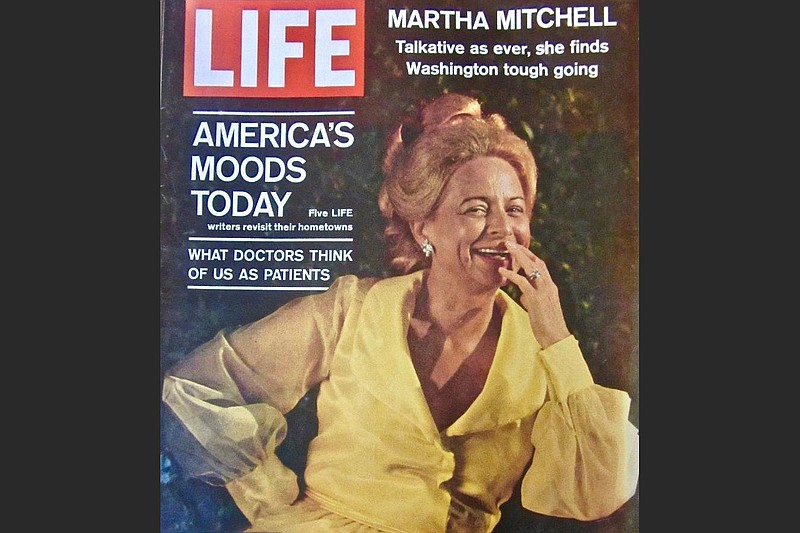 PINE BLUFF — Arkansans old enough to remember when Life was a popular weekly magazine also may recognize the carefully coiffed woman pictured on one of its covers a half-century ago. The weathered issue is displayed on the dining-room table of Ferguson House, the first Pine Bluff residence placed on the National Register of Historic Places.

Those senior citizens likely can identify Martha Mitchell as the pictured celebrity. Younger Arkansans may mutter, "Martha who?"

In the early 1970s, she became a voluble character in the Watergate scandal. That debacle led President Richard M. Nixon to resign in lieu of an impeachment conviction in 1974. It also sent some of his close associates to prison. One such felon was U.S. Attorney General John Mitchell, husband of the Pine Bluff native.

Soon after Martha Mitchell's death in 1975, Ferguson House, at 902 Fourth Ave., was bought by Bob Abbott. The octogenarian still maintains an office across the street and railroad tracks from the residence, now known as the Martha Mitchell Home and Museum. He has been fielding fresh inquiries about the place since April 24.

That's because Pine Bluff native Mitchell is back in the public eye, a half-century after Watergate. She's played by Julia Roberts in an eight-part Starz miniseries titled "Gaslit," airing on Sunday evenings through June 12.

"The day after the first installment ran, I had something like a dozen phone calls about the house," says Abbott, who is happy to give visitors a tour if they call in advance to (870) 535-4973. "One caller asked, 'Is there really a Martha Mitchell house?'"

Visitors get a brisk refresher course in Mitchell's life, starting with her birth as Martha Elizabeth Beall in Pine Bluff on Sept. 2, 1918. She grew up as the only child of a cotton broker and a drama teacher. Her tart tongue, which later gained her the sobriquet "The Mouth of the South," was reflected in doggerel verse under her senior-year photograph in the Pine Bluff High School yearbook:

After receiving a bachelor's degree in history from Florida's University of Miami, she returned to Arkansas and worked briefly as a secretary at the Pine Bluff Arsenal before her office was transferred to Washington. She had a son by a failed first marriage before marrying John Mitchell in New York and moving back to Washington when he was appointed as U.S. attorney general. They had a daughter. 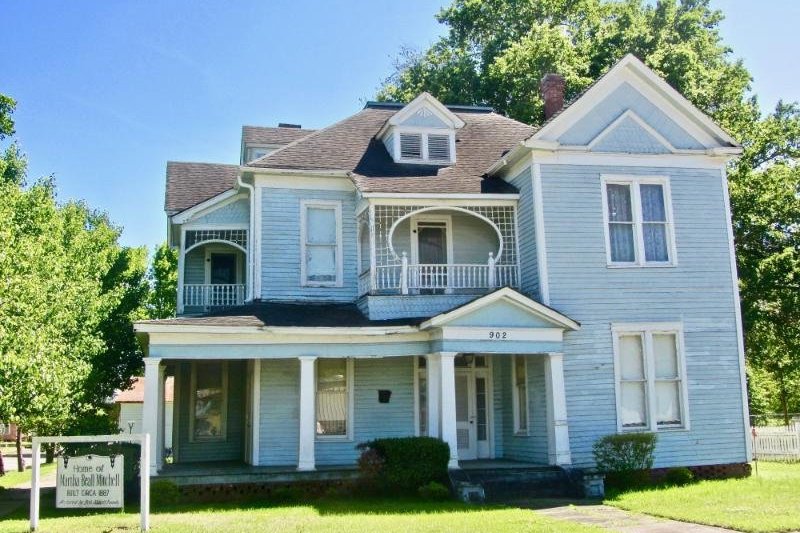 The Ferguson House, now the Martha Mitchell Home and Museum, stands at 902 W. Fourth Ave. in Pine Bluff. (Special to the Democrat-Gazette/Jack Schnedler)
Abbott points out that Mitchell became a national celebrity even before Watergate, thanks to her reputation as an outspoken D.C. socialite. In a 1970 Gallup Poll, after she'd appeared on the hit TV show "Laugh-In," 76% of Americans knew who she was. She graced the cover of Time magazine as well as Life. In 1971, she made the Gallup list of America's 10 Most Admired Women.

"She was a major fundraiser for the Republicans during the 1972 campaign," Abbott says. Then came her Watergate role placing telephone calls to journalists, often in the evening after one or more stiff drinks, to reveal inside details about the scandal. At one point, she claimed Nixon operatives were holding her captive in a hotel suite.

Watergate estranged Mitchell from her husband, and she died of bone cancer in New York at age 57 on May 31, 1976. John Mitchell attended her funeral at Pine Bluff's First Presbyterian Church, followed by burial in Bellwood Cemetery.

"I was amazed at the number of media covering her funeral," Abbott says. "That's when I decided to buy the vacant house and restore it in her memory. Over the years, we've had thousands of visitors go through it. Just before the pandemic hit in 2020, I showed around a busload of tourists on their way from Branson back home to Mississippi. There were 38 women and 2 men."

On his tours, Abbott points out some of the restoration work he has financed on the rambling two-story house built in 1887 for Mitchell's grandfather, C.A. Ferguson, owner of a wholesale grocery business.

Along with magazine covers and news clippings, the house is adorned with paintings and photographs portraying Mitchell. Arranged on a bed in one of the upstairs bedrooms is the dress she wore for her first wedding. Some furnishings were retrieved from Washington after her death.

Abbott isn't sure about the future of the Martha Mitchell Home and Museum. But whatever its fate, her name seems indelibly etched on her native city. One of Pine Bluff's thoroughfares, U.S. Business 65, is named the Martha Mitchell Expressway. Abbott had a major role in persuading officials to bestow the name.

"She deserves that honor," he asserts. "It can be fairly said that she was the most famous person ever born here."