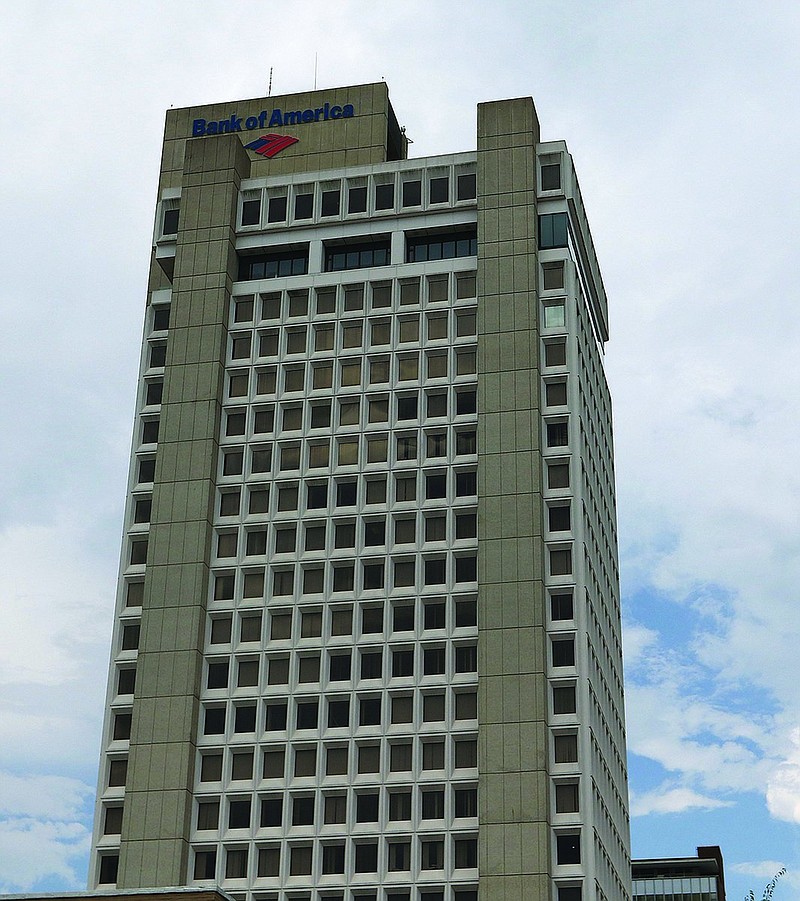 The Bank of America Plaza now belongs to First Security Bank after its foreclosure decree was filed against the 24-story building that also sold at auction.

The change in ownership is the latest twist in the saga of the 54-year-old tower in downtown Little Rock whose previous ownership tussled in and out of court with its largest tenant -- the law firm of Wright Lindsey Jennings -- over the condition of the building, all the while listing it for sale.

Now it is up to First Security executives to decide what happens to the third-tallest building in the state.

First Security became vested in the tower's future when they sued the California owners of the 24-story building last fall for being in arrears on an $8.5 million loan, using the building and its lease income as collateral.

The owner, according to the court documents, is 200 West Capitol LLC, which acquired the property in 2006 for $10.2 million. Another defendant, Edward D. Corbell, is identified as the guarantor.

The auction was held April 7 with First Security being the lone bidder with a $7 million offer, which was accepted, according to documents submitted to Judge Wright by Pulaski County Clerk Terri Hollingsworth.

First Security filed the foreclosure suit last fall after the owner fell behind on the $8.5 million loan it obtained from First Security in 2020. It also defaulted on a $150,000 line of credit with the bank.

The foreclosure sale came two months after the owners reached a settlement in litigation over $400,000 in back rent that Wright Lindsey Jennings had refused to pay. The firm described it as a "favorable resolution" to the lawsuit that the building's owner had filed against the firm in August.

The 60-lawyer firm is the largest tenant in the building it has called home for 50 years. It pays $65,000 a month for six floors.

The litigation stemmed from an amendment to the lease negotiated in February 2020 in which the law firm said it agreed to extend its lease term based on the landlord's agreement to make "certain repairs." If the repairs weren't made, the law firm was allowed to abate a portion of its rent payment.

200 Capitol West LLC, in its lawsuit over the nonpayment filed last August, asked Judge Wright to order the law firm to vacate the building. The law firm filed a counterclaim, insisting that it has paid all the rent owed under the terms of the agreement and therefore wasn't in violation of the lease and should be allowed to remain in the building.

"We're very happy that we have a new owner for the building and look forward to working with First Security to bring the building back to its prominence in downtown," said Steve Lancaster, WLJ's managing partner.

The building is off the market for the moment, at least publicly, but it has been no secret that 200 West Capitol LLC, which has a California address, has been wanting to unload the property.

In 2018, the national commercial real estate firm CBRE marketed the tower as a property that could be re-developed as a residential, multi-family or hotel redevelopment with ground-floor retail.

At the time, 44% of its 268,598 square feet of available space for rent was leased, according to CBRE marketing material. Though the building was built in 1969, CBRE noted it had been renovated in 2004.

John Rutledge, regional president for First Security, said the bank's top executives are taking a deliberate approach on the future of the bank, which they recognize is a symbolic fixture of the capital city's downtown skyline. It has been a process that has taken several months already.

"We're in the middle of working on that," Rutledge said Tuesday. "The building obviously has been the better part of downtown for some time and it's an iconic building that's well known in the community and, to some extent, across the state.

"We're thinking about what its future is, and its impact on downtown is important. We're taking all that into consideration on what the next step is."