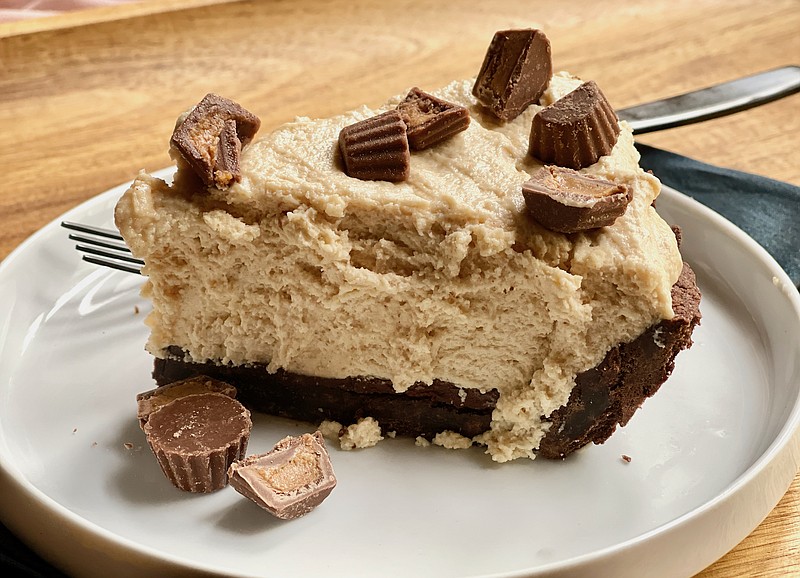 When I opened my review copy of "50 Things to Bake Before You Die" by Allyson Reedy (Ulysses Press, $24.95), I was immediately overwhelmed by the aroma of fresh ink. It was so strong, I had to put the book away.

A few weeks later, I cracked it open again. It still smelled strongly of ink, but it had mellowed enough that I could read it without holding my breath. And once I did — start reading, that is — I started salivating.

This book lives up to its (very long) subtitle: "The World's Best Cakes, Pies, Brownies, Cookies, and More From Your Favorite Bakers Including Christina Tosi, Joanne Chang, and Dominique Ansel."

It was a pleasant surprise to see Kat Gordon (Muddy's Bake Shop in Memphis) and Central Arkansas' own Kelli Marks deservedly among the 50 bakers featured in the book. And no, this isn't one of those books that features someone from every state. Additional familiar (to me) names were Daniel Boulud, Tieghan Gerard ("Half Baked Harvest"), Erin Jeanne McDowell ("The Book on Pie") and Ashley Manila (Baker by Nature). That's quite the impressive lineup of bakers.

Each recipe is accompanied by one or more gorgeous photographs and each is written — even the multi-step complicated ones — in an approachable style that encourages even beginning bakers to give these recipes a try. Those in the complicated category include Courtney Rich's Ultimate S'Mores Cake — a nine-layer "beaut" featuring graham crackers, chocolate cake, marshmallow filling, chocolate ganache, chocolate buttercream and marshmallow fluff that gets toasted with a blow torch — and Christina Tosi's Birthday Layer Cake, a colorful concoction of rainbow-sprinkled cake layers soaked in vanilla-scented milk and frosted with buttercream topped with clusters of cake crumbs. On the simple end there's Stephanie Hart's Pound Cake and Tessa Arias' one-bowl Chewy Brownies, which Marks tells me she is "fully obsessed" with. She also told me the book is available for checkout from CALS (Central Arkansas Library System).

Marks' recipe for Peanut Butter Pie falls in the territory in between complicated and simple. Here's what Reedy wrote about Marks' pie:

You'll definitely make somebody's day if you bake this pie for them.

For more treats from Kelli Marks, her cookbook "Easy One-Bowl Baking: No Fuss Recipes for Sweet and Savory Baked Goods" (Rockridge Press, $12.99) was released last summer and is available in print and digital editions.

[Video not showing above? Click here to watch: arkansasonline.com/54burner]

In a medium bowl, combine butter, sugar, cocoa, salt and baking powder. Mix with a hand mixer or stand mixer fitted with the paddle attachment. Scrape down the sides of the bowl and add the egg; mix until combined. Mix in the flour in two batches.

In a microwave-safe bowl, combine the ¼ cup heavy cream and dark chocolate and heat for 30-second intervals until completely melted. Pour into the bottom of the cooled crust.

In a stand mixer fitted with the whisk attachment or in a large bowl using a hand mixer, whip the 2 cups heavy cream to stiff peaks. Set aside. (Transfer whipped cream to a separate bowl, if using a stand mixer.)

Still using your stand mixer or hand mixer, in a separate bowl, combine the mascarpone, peanut butter, salt and vanilla and whip until fluffy. Add the confectioners' sugar, in thirds, mixing well and scraping sides of bowl, between additions. Fold in the reserved whipped cream by hand.

Pour filling into cooled crust and top with the chopped peanut butter cups, if desired. Chill 2 hours before serving.