How Arkansas voters can find their polling places 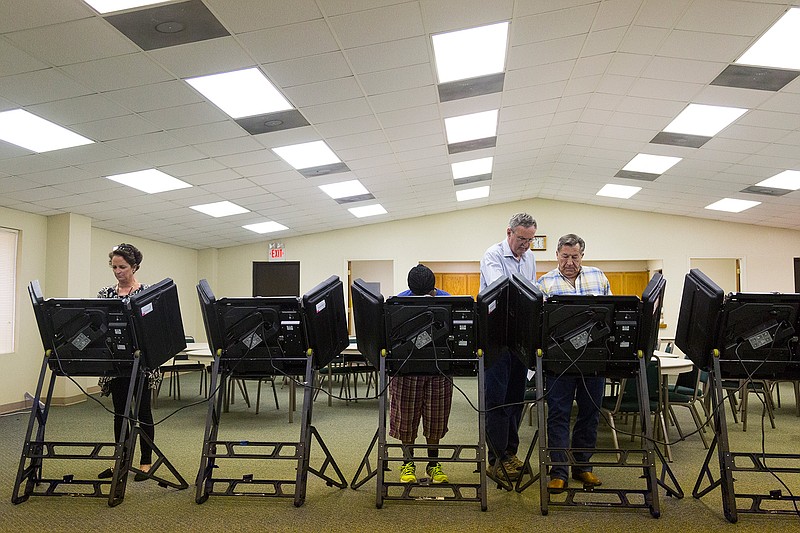 Arkansas' primary election draws nearer every day, and before voters can cast a ballot, they need to know where to go. Here's how to find your polling place.

The website allows users to look up if they are registered to vote and where their local polling place is located. It also allows someone to search their polling place by inputting their address.

Most local newspapers also publish a list of polling sites within a few days of an election, and those without internet access can contact their county clerk’s office for polling place information. If you received a Voter ID card from your county clerk, it may also show your precinct.

Early voting sites are often different from Election Day polling places, so voters should be sure to verify where to vote, whether early or on Election Day.

Early voting locations are also available by searching a voter’s address at: voterview.ar-nova.org/VoterView.

Early voting begins for the primary election on May 9. During a primary or general election, early voting is available between 8 a.m. to 6 p.m on Monday through Friday and 10 a.m. to 4 p.m. Saturday.

Voters can cast a ballot in either the Democratic or Republican primary but not both. A voter can also select a nonpartisan ballot. In most counties, early voting is conducted at the county clerk’s office, but off-site early voting locations will usually be published in local newspapers.

If someone has moved or changed their name, they may be asked to update their information at the early voting site.