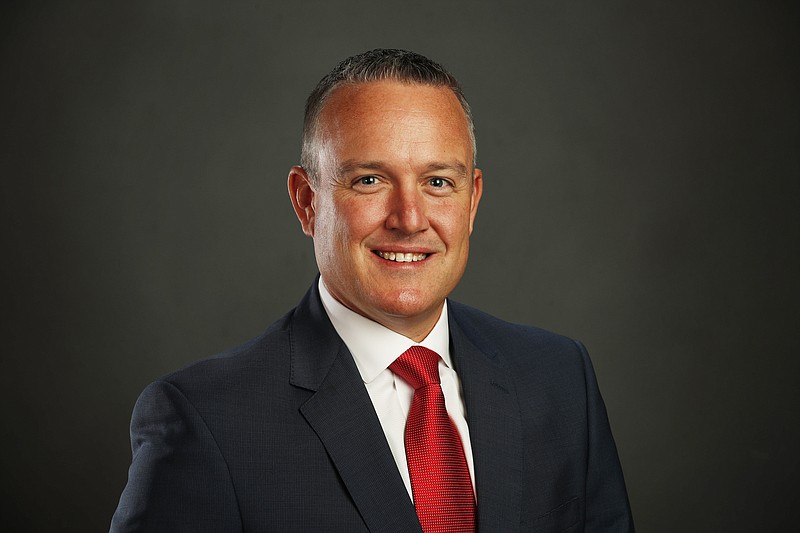 New ASU Athletic Director Jeff Purinton had worked in a variety of roles with the Crimson Tide since arriving at Tuscaloosa in 2007, rising up to executive deputy director of athletics in 2021. (Arkansas State Athletics)

The Purinton family awoke Wednesday with dinner plans, feting their eldest daughter on her 12th birthday.

By midday, though, Jeff Purinton had upstaged his daughter Jillian with a celebration of his own.

Arkansas State University announced Wednesday afternoon that it had hired Purinton as its next vice chancellor of intercollegiate athletics, replacing Tom Bowen, who suddenly resigned 13 days prior. Purinton, a Florida State alumnus, spent the past 15 years at Alabama in a variety of roles, working closely with the Crimson Tide football program as they captured six national championships and most recently serving as the school's executive deputy director of athletics.

"There have been other opportunities, but sometimes you can't check all those boxes," Purinton told the Arkansas Democrat-Gazette when asked about why this was the time to become an athletic director. "It needed to be a place where there was a community that I thought matched up with our family values.

"When I met with [ASU System President] Chuck [Welch] and [General Counsel] Brad [Phelps], I just trusted them right off the bat. ... I felt like these would be the kind of people that I'd want to work with, and that was really important to me."

Purinton said he was first contacted by TurnkeyZRG's Chad Chatlos last Wednesday and after expressing interest, Purinton and Welch met via Zoom on Thursday.

Purinton, Welch and Phelps then convened over the weekend in Atlanta, and after a follow-up conversation Tuesday, ASU offered him the job Wednesday morning.

"I could not be more excited about the hiring of Jeff Purinton," Welch said in a news release. "Jeff has literally overseen every aspect of a premier athletics department, and every single person I talked with said it is his time to run his own department. I am thrilled that department is ours."

Following 12 years at Florida State and two years with the Orange Bowl Committee, Purinton moved to Tuscaloosa, Ala., in summer 2007 to begin his Alabama tenure.

During that time, Purinton overlapped with ASU football Coach Butch Jones, who was an offensive analyst with the Crimson Tide from 2018-20.

Following Purinton's initial conversations about the job, Jones sent along photos from the football facilities and shared feedback from his experience over 16 months in Jonesboro.

"The SEC is one thing, but that was the caliber of facilities you see at some of the top schools in college football," Purinton said.

Although the 46-year-old has yet to experience northeast Arkansas in person, he'll make the five-hour drive this weekend with his wife, Julie, ahead of Monday afternoon's news conference.

Jillian and Josie, 10, will also be in tow. And even if they do some extra celebrating for dad's new gig, Purinton promised not to overshadow Jillian's birthday too much.

"She'll still get her ice cream cake," he said.