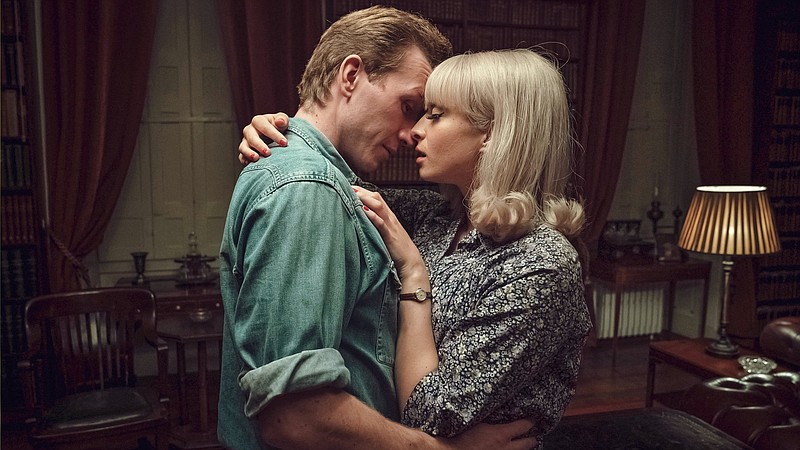 NEW YORK — It took eight long years for Sarah Solemani to get a murky part of Britain's post-World War II history from the pages of a book to our TV screens.

She had been impressed by Jo Bloom's 2014 novel "Ridley Road" about a Jewish-led underground anti-fascist resistance movement in London in the 1960s. But making it into a series was hard-going at first.

"It got rejected everywhere. No one wanted to make it. It felt very niche," she explained. Then two things happened: Brexit in England and Donald Trump in the United States. Suddenly, jingoistic lurches in democracies weren't so niche — or rare.

"I just had to be relentless in pushing it. And I'm glad I did, because, actually, it reveals a lot about the country when it came out," said the English actor, writer and activist.

"Ridley Road," a four-part series that debuted in the United States on Sunday on PBS' "Masterpiece," takes viewers to a part of British history that they may not have known. In the early '60s, members of the fascist National Socialist Movement held rallies in London, waving swastikas and demanding leaders "free Britain from Jewish control."

"Ridley Road" — in the '60s, a multicultural thoroughfare in northeast London — centers on an unconventional heroine, a young Jewish hairdresser who goes undercover into the neo-Nazi movement. While her story may be fictional, the history of fascists fighting anti-fascists on the streets of London is not.

"I think what this series does is just remind us that we are constantly battling against fascism, Nazism and neo-Nazism. I think the show is very relevant because it reminds us that this is ongoing," said Susanne Simpson, "Masterpiece" executive producer.

"This is a slice of history that certainly I didn't know had taken place in Britain, and I don't think many people had known. But it's true today. We see it happening in the U.S. and we see it happening worldwide. And what question I think Sarah was asking with the show was, 'What are we going to do about it?'"

While set during what is considered the fun, liberating swinging '60s, the series explores how fascism can take hold. In the case of England, the rise of large corporations disturbing main street's mom-and-pop stores, an influx of foreign workers to rebuild post-war Britain and the bulldozing of row houses to make skyscrapers all played a part. Some vulnerable people became susceptible to the slogan "Take Our Country Back."

"No one sets out to be a villain of history. Everyone is setting out thinking they're doing the best thing they can in the moment they're in. So it tries to humanize why white working class people are susceptible and vulnerable to far-right views," Solemani said.

Anti-fascists — working without the support of the government — used their muscle and espionage techniques such as wire-tapping and infiltration to disrupt the National Socialist Movement, which was behind synagogue arsons. Often the anti-fascists were Jewish ex-servicemen who had fought the Nazis abroad.

"They'd been at war and they'd come home only to find Nazis on their doorstep. So in their eyes, it was muscle against muscle, an eye for an eye. There was no other option," Solemani said. "It's a remarkable story of hope and sacrifice."

The chapter in British history might have seemed very dusty and foreign to Americans until 2017 when hundreds of white supremacists descended on Charlottesville, Va., screaming "Jews will not replace us!" All of a sudden, "Take Our Country Back" wasn't too far away from other nativist slogans like "Make America Great Again."

The series underscores that pluralistic democracies need to be actively protected and that freedom is a privilege that shouldn't be passively given away. As one Jewish leader says: "An anti-fascist fights. An anti-fascist does." Still, Solemani says there are many ways to do that.

"I'm very cautious of telling people they need to do more because people are at maximum capacity — they're working longer hours, not earning enough," she said. "It's not about shaming people into doing more. It's saying a good antidote to being overwhelmed and a good antidote to despair is action."