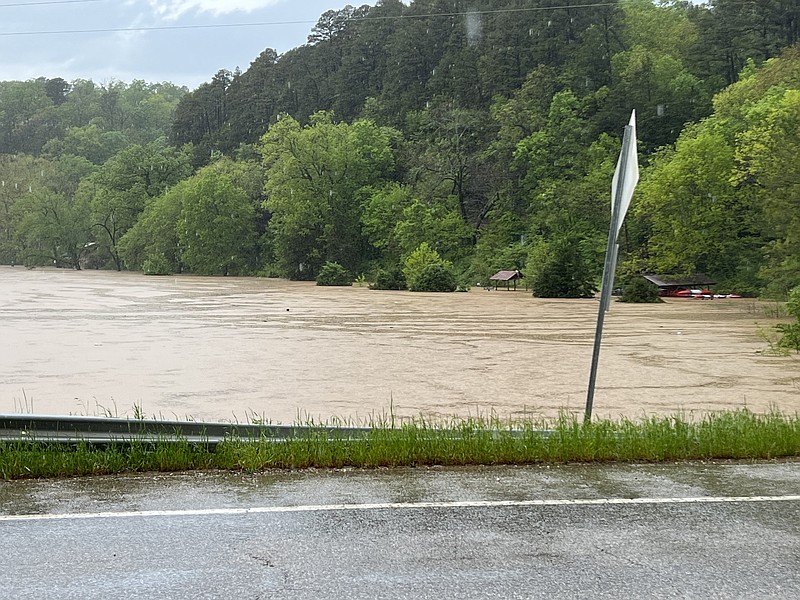 The Illinois River floods the Gypsie Camp and Canoe Thursday, May 5, 2022 off South Highway 59 is Siloam Springs.

Chances for severe weather continue Thursday as a cold front moves east across Arkansas, dropping significant rain in portions of the state, according to the National Weather Service.

Heavy to excessive rainfall and local flash flooding will continue to be a concern, particularly over most of southwest Arkansas, a briefing from the weather service states.

Southern Arkansas is at an enhanced risk for severe weather conditions including hail up to the size of a quarter, wind speeds of up to 60 mph, the briefing states. Forecasters said there is also a low chance for tornadoes.

Most of the state is well above normal for rainfall over the last month, with 2 to 4 inches at most locations. Saturated soils will lead to a more vulnerable surface for flash flooding, according to forecasters.

In northern Arkansas, a number of roads have closed due to high water, according to the state Department of Transportation website IDriveArkansas.com.

Benton County had closed 57 roads closed because of flooding as of 9:20 a.m., according to Melody Kwok, county communications director.

Michael Waddle, county director of emergency management, said there had been multiple swift-water rescues throughout the county, but said the Arkansas 264 corridor between Cave Springs and Highfill was a particular trouble spot.

There were no fatalities and no one had been transported to area hospitals, he said.

Information for this article was contributed by Northwest Arkansas Democrat-Gazette reporters Mike Jones and Tracy Neal. 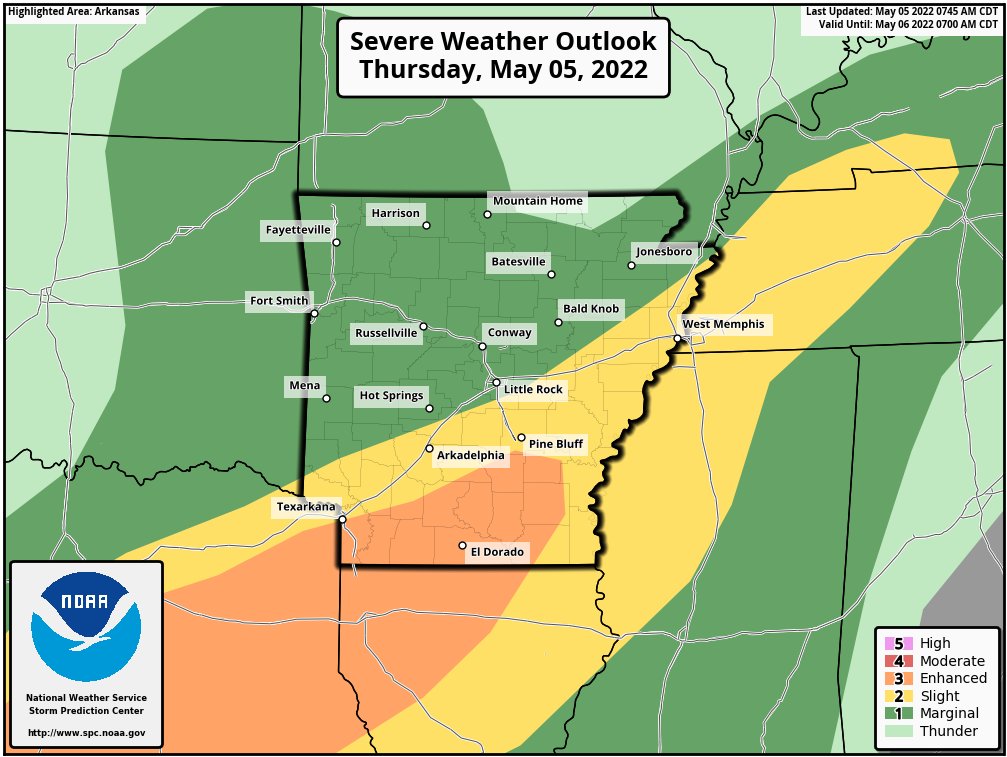