Banking, franchise interests fueled couple’s philanthropy by The Arkansas Democrat-Gazette | May 6, 2022 at 3:13 a.m. 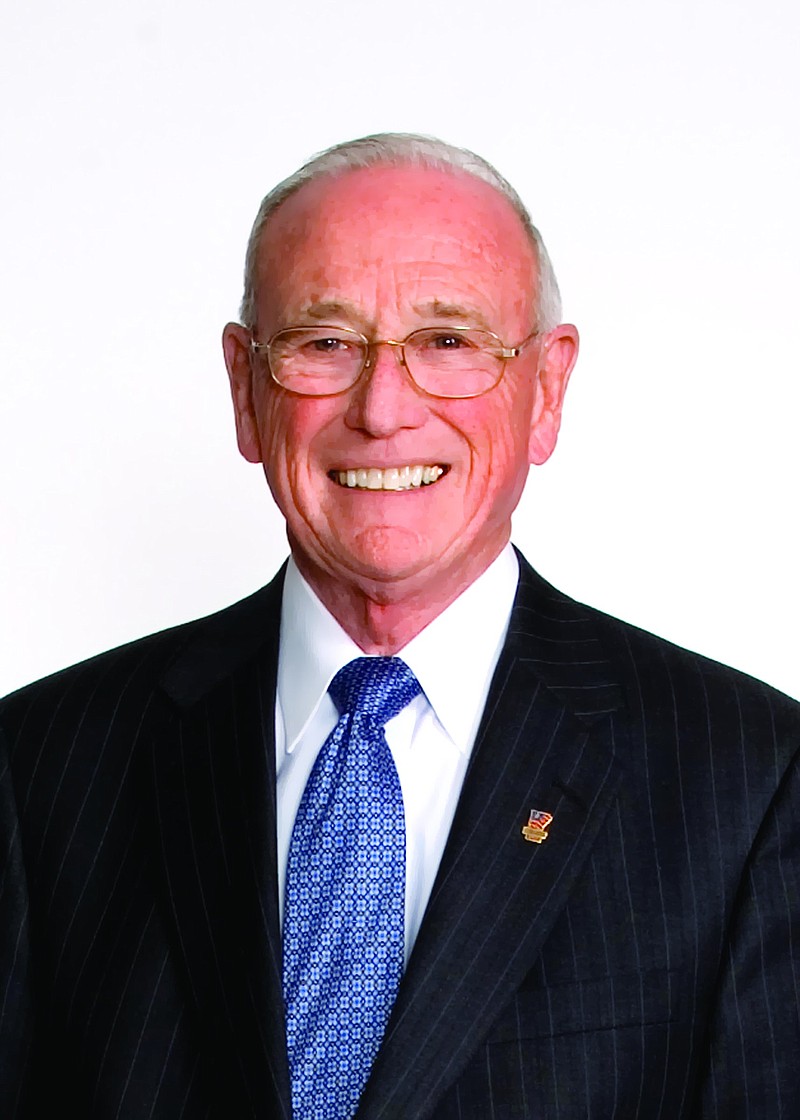 Wallace W. Fowler Sr., a furniture, food and banking executive who with his wife donated money to several highly visible projects used by the general public for more than two decades, died Wednesday.

Fowler, a native of the east Arkansas town of Manila, was born March 25, 1935. He graduated from Oak Grove High School near Paragould in 1953, the fifth of six children born to Julia E. Crews and William W. Fowler, superintendent of schools in Manila for most of Wallace Fowler's youth.

With college off the agenda, Fowler joined the U.S. Army.

During that time, he met his future wife.

One day, he received a phone call from his brother, Dr. Jim Fowler of Little Rock, asking him to visit him at his home and help with some yard work.

"In truth, his brother planned to introduce Wallace to his children's babysitter, a young woman from Amity," according to a funeral home obituary from the family.

He married Jama Massey in 1955 and, shortly after the wedding, Wallace Fowler was transferred to the 98th General Hospital in Neubrucke, Germany. While there, the couple traveled extensively around Europe during the two-year stay.

"One of the most memorable trips that we took was to Grace Kelly and Prince Rainier's wedding," he said in the 2009 Democrat-Gazette interview. "We went down to Monaco on the Riviera and camped out on the beach. I was able to get right up to the front door to the church and touch the Rolls Royce that his people gave him for his wedding."

After the Army, Wallace Fowler worked in the furniture store business until he decided to enter the food industry. He worked with several business partners over the years. Eventually, he owned Kentucky Fried Chicken franchises in a seven-state region. At one time, he accumulated the fourth-largest number in the nation, according to a biography associated with his induction in the UA Walton College Arkansas Business Hall of Fame in 2011.

The Fowlers donated money for a number of projects in Arkansas.

They gave $5 million for what became the Fowler Center for the Performing Arts at Arkansas State University. The Fowler Center is a multi-space center for visual and performing arts, especially music and dramatic arts, with associated reception and dining areas.

The Fowlers also gave $1.75 million for what is now the Wallace and Jama Fowler House, the University of Arkansas, Fayetteville chancellor's residence, a public complex that is home to receptions, special dinners and other events.

The UA chancellor's house and grounds at 523 N. Razorback Road has held more than 800 events and hosted such dignitaries as former President Clinton in 2010, and former President of Panama Ricardo Martinelli in 2010 and 2012, according to UA.

The new chancellor's residence, which opened in 2008, was designed to better handle public events and visits from alumni, potential donors, international dignitaries, politicians, corporate executives and others.

In 1992, the Fowlers and a few other couples founded an annual fundraiser for a health center for uninsured, low-income people.

The Fowlers lived in Jonesboro for years. In the 2009 Democrat-Gazette interview, he said he spent much of his free time clearing intersections and medians in Jonesboro, a beautification project he led after an economic prospect remarked that the northeast Arkansas city wasn't tidy enough.

Wallace and Jama Fowler were married 65 years ago in Fort Smith, where Wallace Fowler was serving in the Army and stationed at Fort Chaffee.

"Ever since that day, it's made [for] an excellent partnership arrangement, in business and everything else," he told the Democrat-Gazette in 2009.

Information for this article was contributed by Kimberly Dishongh of the Arkansas Democrat-Gazette.