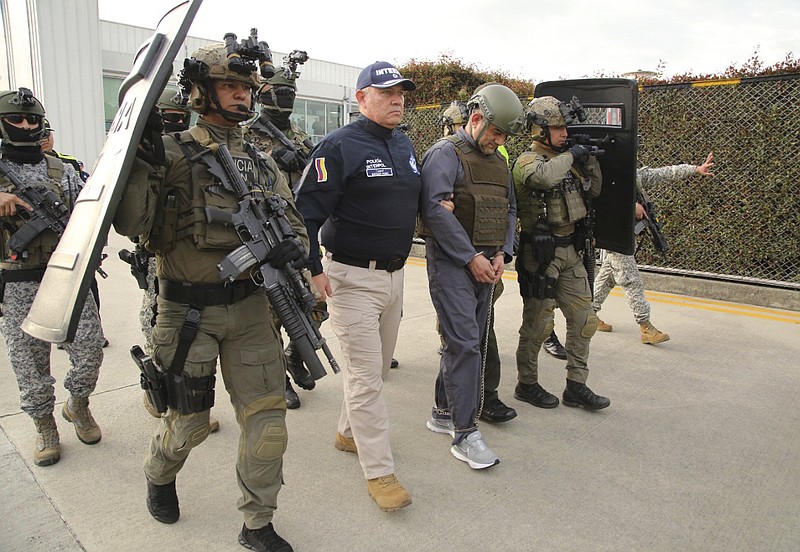 BOGOTA, Colombia -- Colombia on Wednesday extradited the alleged head of the feared Gulf Clan, who had been the country's most-wanted drug lord before his capture, to the United States, where he faces indictments in three federal courts -- in Manhattan, Brooklyn and Miami.

"He is not only the most dangerous drug trafficker in the world, but he is murderer of social leaders, abuser of boys, girls and adolescents, a murderer of policemen," said Duque, accompanied by Colombian military leaders whom he congratulated for guarding Usuga David after capturing him in October.

The former rural warlord, better known by his alias Otoniel, had stayed on the run for more than a decade by corrupting state officials and aligning himself with combatants on both the left and right. He was transferred in handcuffs and wearing a helmet and a bulletproof vest from a prison in Bogota to a heavily guarded military transport air field.

He's long been a fixture on the U.S. Drug Enforcement Administration's most-wanted list and was first indicted in 2009.

A North Carolina man pleaded guilty Wednesday to conspiring with other members of the far-right Oath Keepers militia group to forcefully halt the peaceful transfer of power after President Joe Biden's 2020 electoral victory.

William Todd Wilson, 44, of Newton Grove is the third Oath Keepers member to plead guilty to a seditious conspiracy charge stemming from the Jan. 6, 2021, attack on the U.S. Capitol.

Wilson was an Oath Keeper member since 2016 and a Sampson County leader of the group's North Carolina chapter, according to a court filing, which describes him as a military and law enforcement veteran.

"Some members of the Oath Keepers, like Wilson, believe that the federal government has been coopted by a cabal of elites actively trying to strip American citizens of their rights," the filing says.

Wilson brought a rifle, pistol, ammunition and other combat gear when he drove to the Washington area on Jan. 5. He left the weapons in a Virginia hotel room but was armed with a pocketknife and wearing a neck gaiter and beanie hat to mask his appearance when he and other Oath Keepers entered the Capitol, prosecutors said.

Wilson joined a mob of people trying to push open the rotunda doors, according to prosecutors.

BOSTON -- A military college student who says he was removed from his duties for testing positive for HIV is suing state and federal military officials.

The 20-year-old student from Revere, Mass., says in a complaint filed Thursday that he tested positive in October 2020 during his sophomore year at the nation's oldest private military college, Norwich University in Northfield, Vt.

The student, who is identified in the lawsuit as "John Doe," says in the complaint filed in federal court in Burlington, Vt., that he was deemed unfit for service and dropped from the Reserve Officers' Training Corps and the Vermont Army National Guard despite being healthy, asymptomatic and on a treatment regimen that renders his viral load undetectable.

The U.S. Department of Defense and the Vermont National Guard, which are among those named in the lawsuit, didn't respond to requests for comment.

Lawyers for Civil Rights, a Boston-based group, filed the lawsuit on the student's behalf.

The suit describes in some detail the circumstances around the dismissal, including that the student was informed he would not be able to get a scholarship or contract through the ROTC program because of his HIV status and that he was no longer allowed to continue his monthly training periods with the state National Guard.

HIV is among a lengthy list of medical conditions that automatically disqualify a person from enlisting, being appointed as a commissioned officer or enrolling as an ROTC scholarship cadet.

The student's lawyers argue the military's HIV policies date to the 1980s when little was known about the condition, which if left untreated can lead to AIDS.

Chicago seeks to host Democrats in '24

CHICAGO -- Chicago this week announced a bid to host the next Democratic National Convention.

"Hosting the 2024 Democratic National Convention in Chicago will create tremendous opportunities for job creation and business growth," Mayor Lori Lightfoot said, "and I am excited for the chance to show the world why Chicago is an important global city and the epicenter of the Midwest."

"I'm proud to invite the nation to explore the Land of Lincoln and Obama," he said. 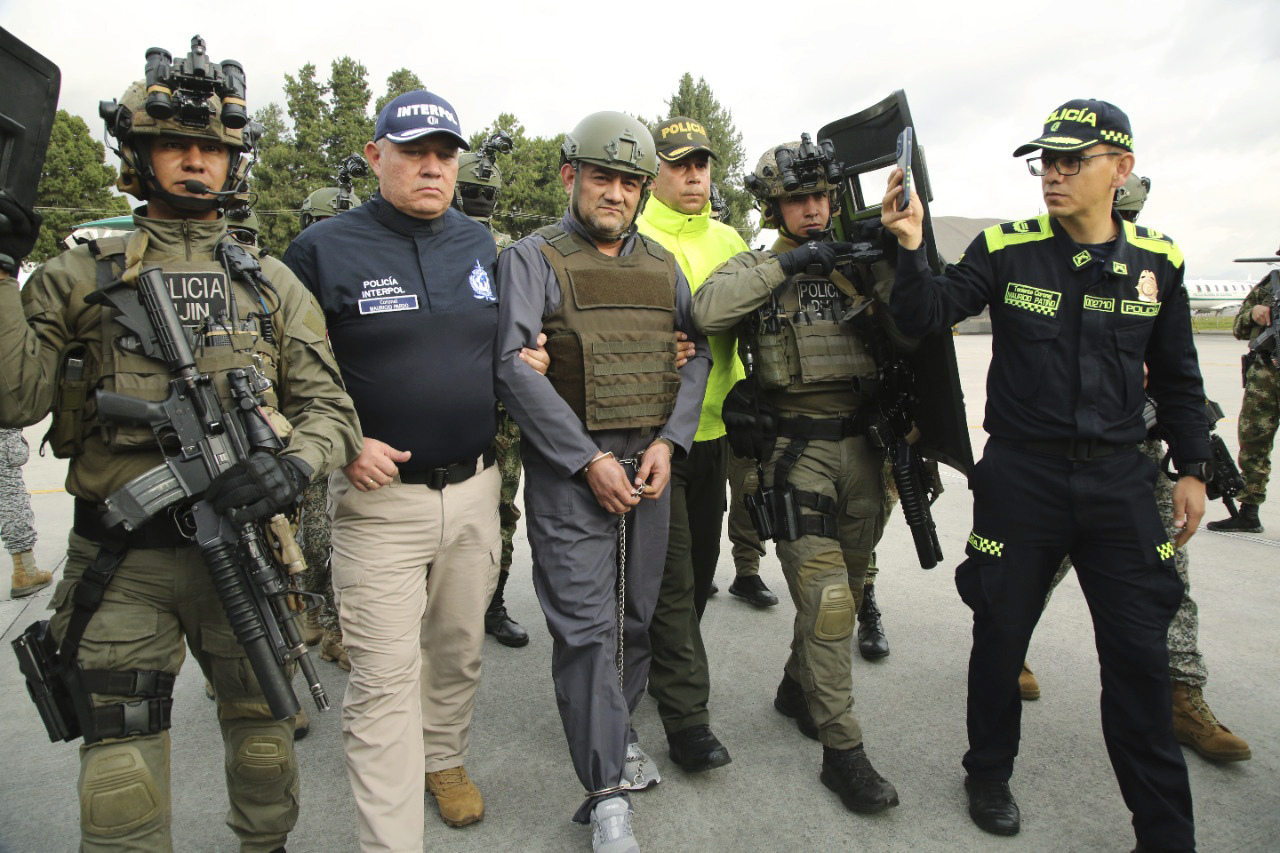 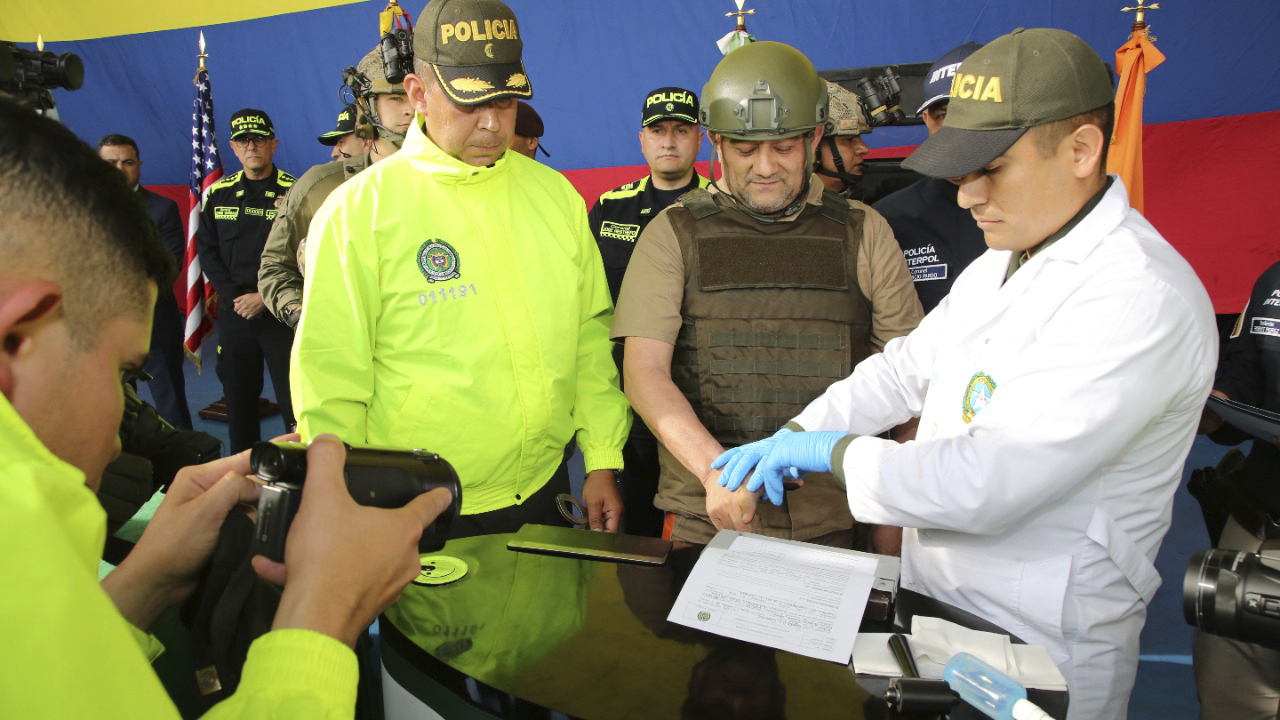 In this photo released by the Colombian Presidential Press Office, police fingerprint Dairo Antonio Usuga, also known as "Otoniel," leader of the violent Clan del Golfo cartel prior to his extradition to the U.S., at a military airport in Bogota, Colombia, Wednesday, May 4, 2022. (Colombian presidential press office via AP) 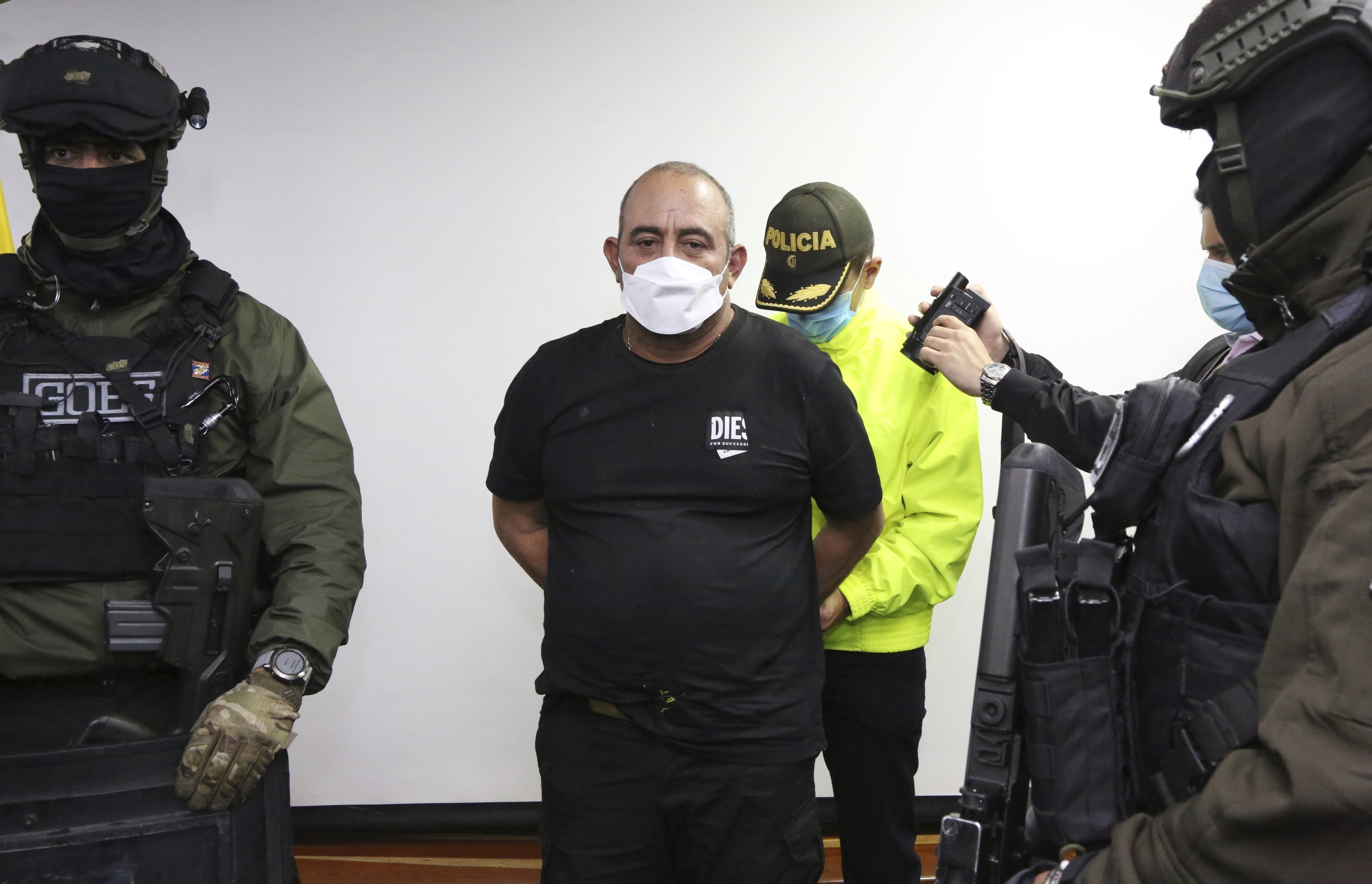