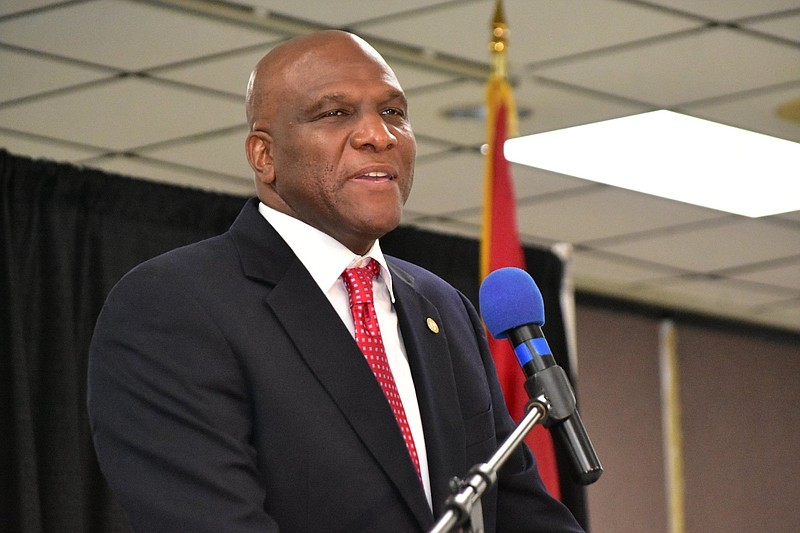 The highlights from a 1994 episode of "SportsCenter" featuring the golden-helmeted University of Arkansas at Pine Bluff football team blared on the big screen inside the Convention Center ballroom Thursday morning.

In front of a standing-room only crowd that cold gameday, Chris Robinson threw an interception that Western Montana College (now the University of Montana Western) cashed in a few plays later with an uncontested rushing touchdown in the clutch. A backup quarterback, by Robinson's account, convinced UAPB Coach Lee Hardman to allow Western to score so UAPB would have time to score and possibly tie the game, rather than risk Western running the clock down for the go-ahead score.

Robinson redeemed himself -- and the Golden Lions -- with a deep pass into the red zone to set up a touchdown and two-point conversion, forcing overtime. Robinson rushed for a touchdown (to go with six passing) in the extra period, and UAPB won 60-53.

"Once the leader makes a decision, it's all hands on deck," Robinson said. "We're going in that direction."

Robinson, the present-day UAPB athletic director with a business background, gave that and other pointers to a full ballroom attending the Pine Bluff Regional Chamber of Commerce Business Expo breakfast.

"We had all three playoff games in Pine Bluff that year because of community support," Robinson said, explaining the Golden Lions' fanfare was a factor. "Imagine if we did more together. Imagine how far we came from that field."

The Golden Lions lost the 1994 national championship game to Northeastern State University of Oklahoma, and Pumphrey Stadium was razed after the 2000 season in favor of the turf-centered Simmons Bank Field at Golden Lion Stadium. Since, UAPB has seen a number of upgrades to its athletic department, including going from the small-college national association to NCAA Division I, installing a new video board system at H.O. Clemmons Arena and opening a press box and locker room at baseball's Bill Jones Field at the Torii Hunter Complex.

The university is currently undertaking construction of its first soccer and track-and-field stadium, which would replace the soccer field on which wooden Pumphrey Stadium stood for decades.

Robinson was quarterback of a team that was resurrected a year before its championship game run from a rare "death penalty," meaning the program could not play for at least one season due to NAIA rules violations when Archie Cooley was head coach. Robinson, an Alabama native, had enrolled at UAPB because he wanted to learn from the coach who mentored a wide receiver at Mississippi Valley State University named Jerry Rice.

Off the field, Robinson told Expo patrons, the 1994 Lions built a stronger bond because Hardman helped the players make connections with community businesspersons, some of whom later hired them for summer jobs.

"I think about how the community invested in me, so I keep coming back," said Robinson, who worked in business and academia across the Southern Plains before joining the UAPB Office of Recruitment in 2012. He became associate athletic director in 2020 and athletic director the next year.

Lelan Stice, the past president of the chamber board, was named its Businessperson of the Year. Stice led efforts in helping Jefferson County obtain covid-19 vaccines during 2021.

"Tremendous teamwork and a tremendous group we have working at Doctor's Orders," Stice said. "We have a store in Star City, one in White Hall and in Pine Bluff. We were awarded Business of the Year in all three communities, and it's just awesome to help lead our communities and our counties through covid."

The United Way of Southeast Arkansas was hailed as the Nonprofit Organization of the Year. The local chapter has raised more than $1 million over the past 33 years through its annual drive.

"It's not just the staff who make things happen. This room is full with volunteers and donors who give," United Way of Southeast Arkansas Executive Director Leslie Dorn said. "This honor goes to y'all."

Other awards went to Shannon Morgan of the Simmons First Foundation for Young Professional of the Year, Robbie Williams of Christian Way Funeral Home for Member of the Year, Central Moloney Inc. for most informative booth, UAPB for most creative booth, and Child Care Aware of West Central Arkansas for the judge's award.

Williams is said to have perfect attendance at Chamber events.

"I just joined the chamber a couple of years ago, and I wanted to do something to involve myself in the community," she said. "Anytime something comes up for the community, I try to be present and invite others to come. With that being said, I'm elated to win this award. I had no idea." 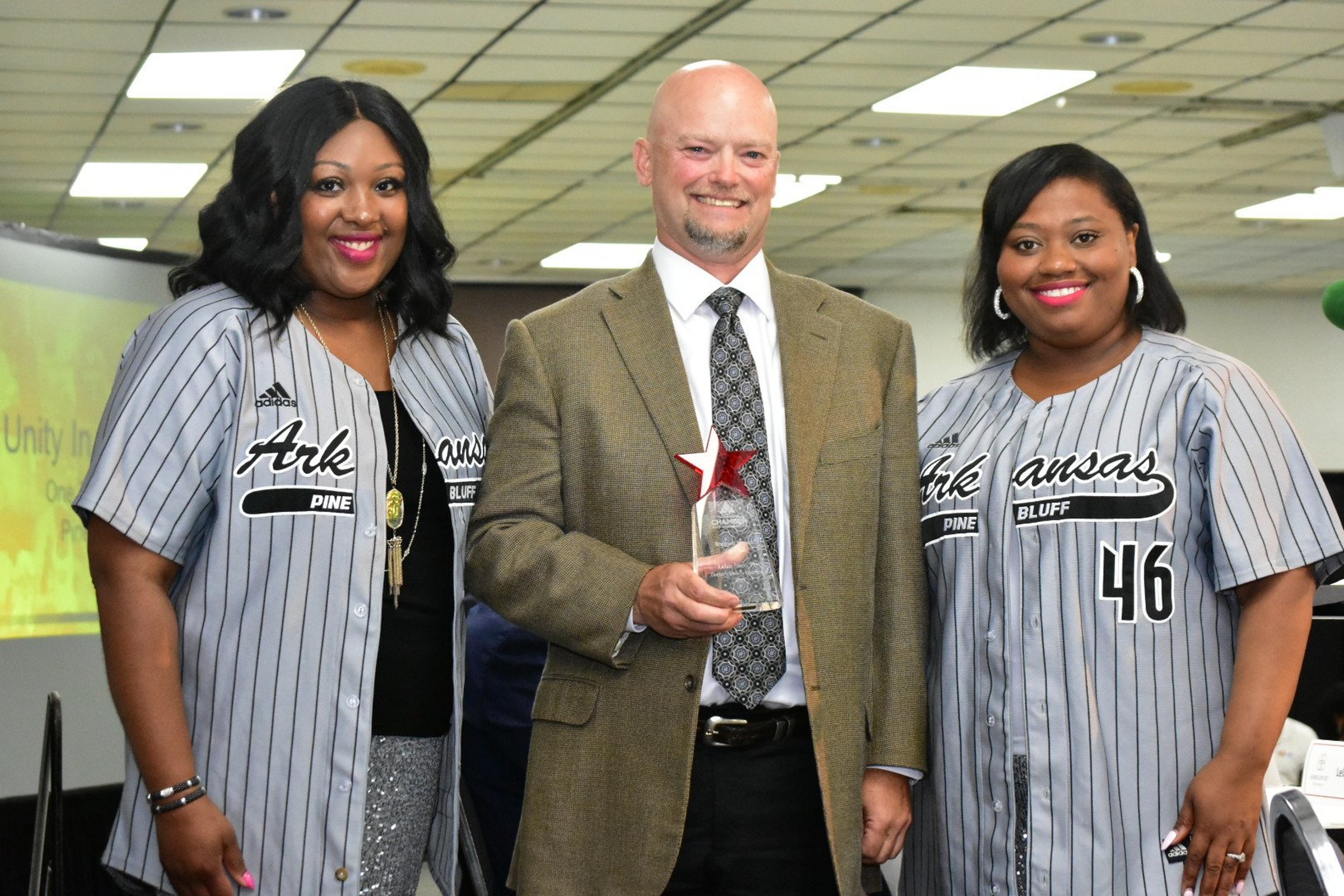 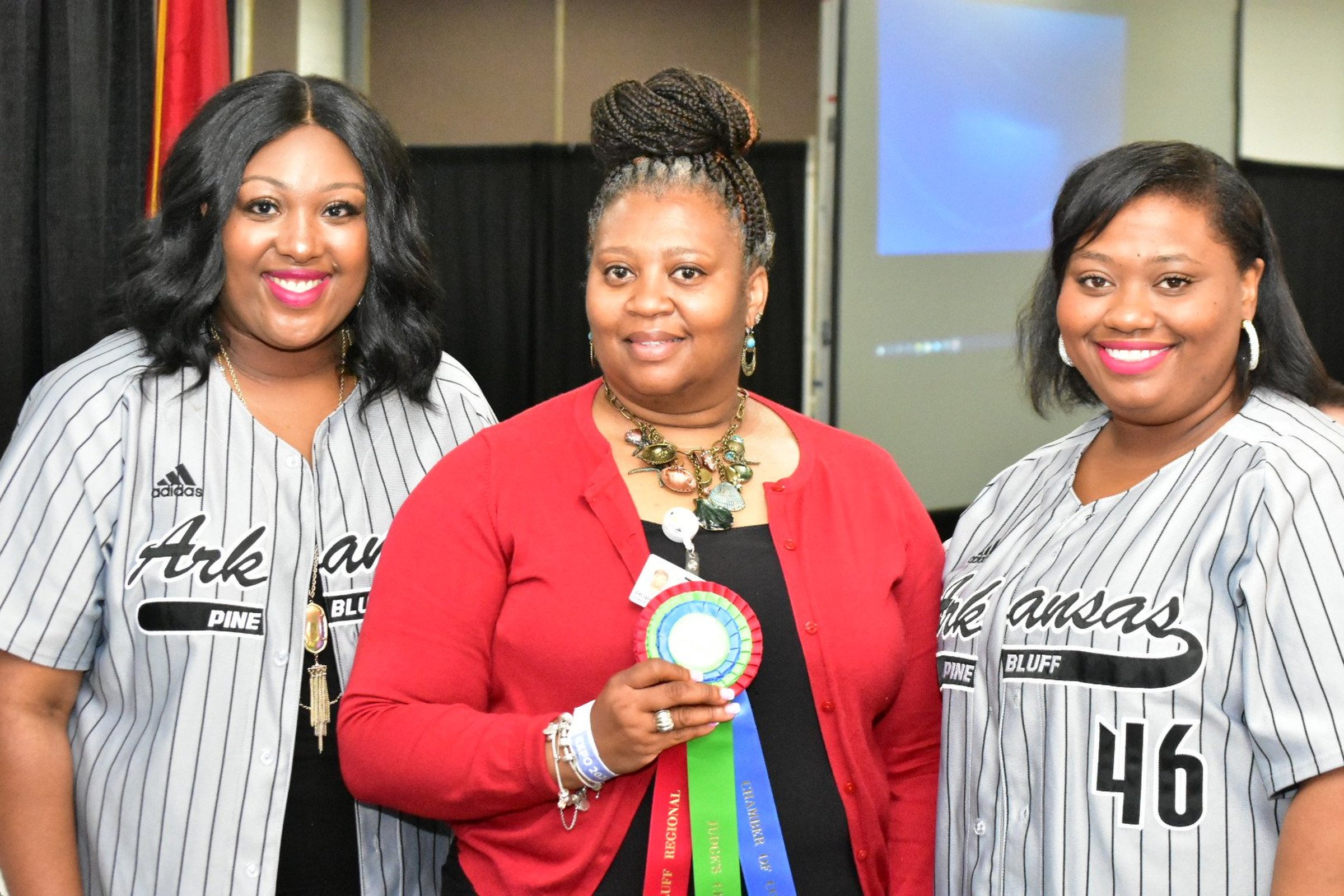