Premier thanks leader for clarifying Moscow’s attitude toward Holocaust by TIMOTHY BELLA, STEVE HENDRIX AND MARY ILYUSHINA THE WASHINGTON POST | May 6, 2022 at 4:15 a.m. 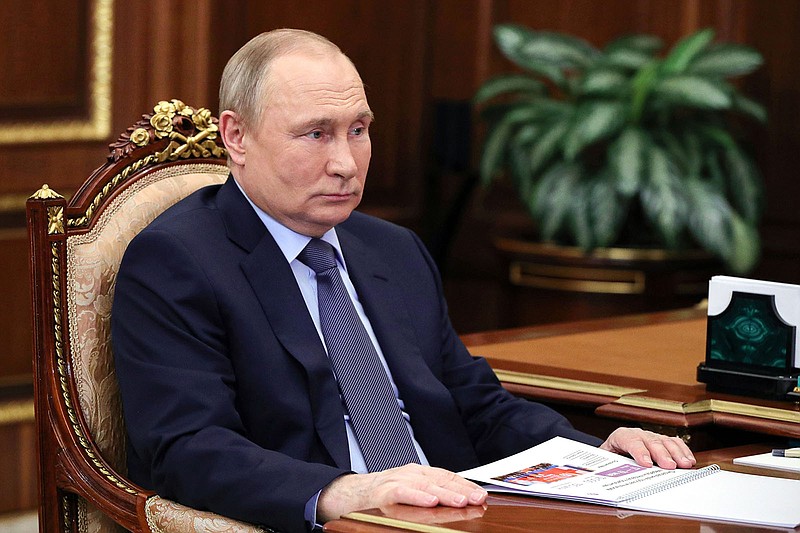 Russian President Vladimir Putin attends a meeting Thursday in Moscow. In a readout of the call, the Kremlin did not include a mention of the reported apology Putin offered to Israeli Prime Minister Naftali Bennett. (AP/Sputnik/Mikhail Klimentyev)

During a phone conversation between Putin and Israeli Prime Minister Naftali Bennett, the Russian president apologized for remarks made by Russian Foreign Minister Sergei Lavrov, who recently dismissed Zelenskyy's Jewish faith by claiming that "Hitler also had Jewish blood" -- a discredited antisemitic claim.

"The Prime Minister accepted President Putin's apology for Lavrov's remarks and thanked him for clarifying the President's attitude towards the Jewish people and the memory of the Holocaust," according to a news release from Bennett's office.

The Kremlin did not include a mention of the reported apology in the Russian readout of the call ahead of the Victory Day holiday on May 9 but included a reference to the Holocaust.

"Vladimir Putin and Naftali Bennett emphasized the special significance of this date for the peoples of both countries, who carefully preserve the historical truth about the events of those years and honor the memory of all the fallen, including victims of the Holocaust," according to the Kremlin.

In a Wednesday interview with Fox News, Zelenskyy was asked about Russia's false claim that the invasion of Ukraine is a de-Nazification campaign. Zelenskyy said Lavrov was using tactics similar to those employed by Nazi propaganda minister Joseph Goebbels during World War II.

"These are the showings of chauvinism and nationalism," Zelenskyy told Fox reporter Griff Jenkins. "They are following the same concept of Goebbels and using the same methodology, and the reaction I think is to weaken the world to these phrases of Lavrov."

Israeli officials this week had voiced anger and demanded an apology from the Russian government for claiming that Hitler, the leader of the Nazis' Third Reich and the perpetrator of the Holocaust, was of Jewish ancestry.

The supposed threat of Nazism in Ukraine has been one of the Kremlin's claims since the start of the invasion. When Putin launched the "special military operation" in February, he alleged that Ukraine is dominated and ruled by neo-Nazis.

The menacing rhetoric has gained traction in Russia over the past two months, as Kremlin supporters and state media have embraced and disseminated Putin's claims. At a U.N. Security Council meeting last month, Russia's ambassador to the United Nations, Vasily Nebenzya, alleged claimed that Ukrainian "Nazis" were responsible for war crimes.

That rhetoric has also been used by Lavrov, who made headlines recently when he warned that the threat of nuclear conflict from the invasion "should not be underestimated." In an interview on Italian television over the weekend, Lavrov was pressed on the "denazification" claims, given Zelenskyy's Jewish identity. Instead of answering, the Russian foreign minister waved off the matter.

"So what if Zelenskyy is Jewish," Lavrov said, according to a translation of his remarks, which he made in Russian. "The fact does not negate the Nazi elements in Ukraine. I believe that Hitler also had Jewish blood."

He added, "Some of the worst antisemites are Jews."

Lavrov's comments were immediately denounced by Israeli leaders, including Bennett, who called them "untrue."

"The goal of such lies is to accuse the Jews themselves of the most awful crimes in history, which were perpetrated against them, and thereby absolve Israel's enemies of responsibility," Bennett said. "The use of the Holocaust of the Jewish people as a political tool must cease immediately."

Yet Russia has continued to make the Nazi comparison. On Wednesday, the Russian Embassy in Britain tweeted out a video falsely linking Ukraine to Nazi Germany with the hashtags #NoToNazism and #StopNaziUkraine.

"Who are YOU supporting?" the embassy tweeted.

Information for this article was contributed by Robyn Dixon of The Washington Post. 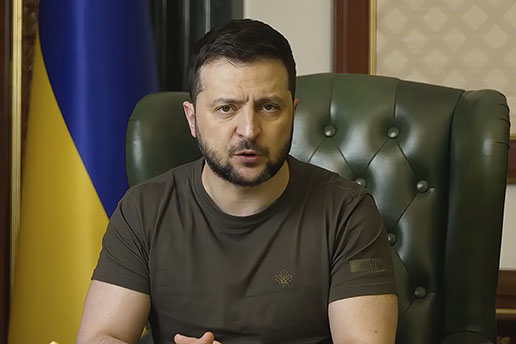 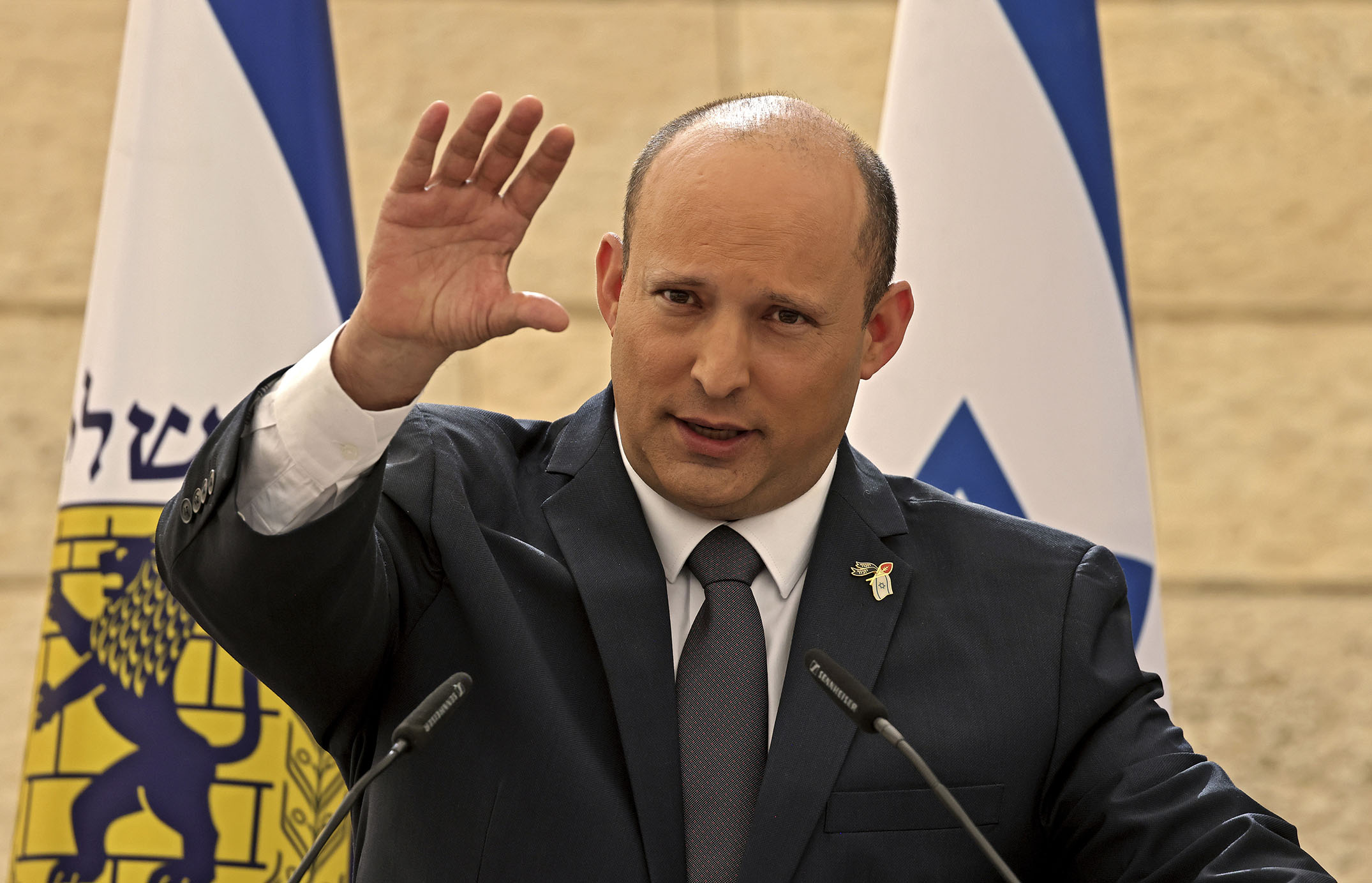 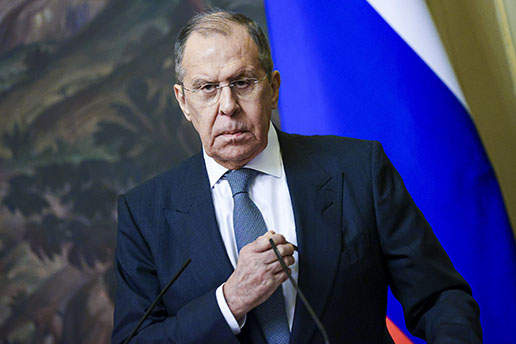