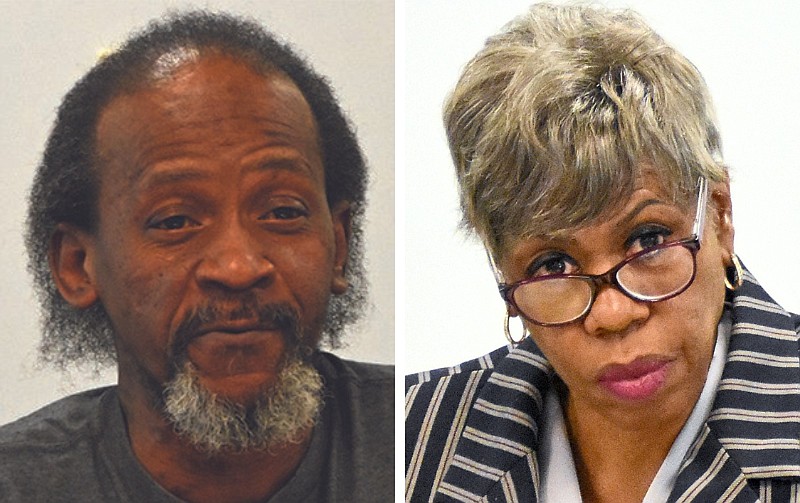 The chairman of the governing board at Little Rock's public housing agency filed a federal complaint in April against a fired executive director, alleging financial misconduct and a conflict of interest.

Chairman Kenyon Lowe's complaint to the watchdog arm of the U.S. Department of Housing and Urban Development marks the latest move in an ongoing fight between the Metropolitan Housing Alliance's board of commissioners and former Executive Director Nadine Jarmon, who has argued that her firing in August was retaliation for her levying similar allegations of wrongdoing against the board.

In the April 2 complaint to HUD's Office of Inspector General, Lowe accused Jarmon of misusing funds allocated to the Metropolitan Housing Alliance by the Coronavirus Aid, Relief, and Economic Security Act, a 2021 federal covid-19 relief package.

Lowe said Jarmon made "unauthorized salary adjustments by raising all employees' salary to $60,000 per year" with the goal of exempting them from overtime pay.

Lowe's complaint only provided a list of employees who received "hazardous pay" in portions of 2020 and 2021.

The housing authority provided the Arkansas Democrat-Gazette with spreadsheets detailing salary increases for six agency employees who were promoted in 2021, as well as a list of "hazard pay" allotted to almost all agency employees via CARES Act funds, in response to an Arkansas Freedom of Information Act request Friday.

Twenty-nine employees received a total of nearly $400,000 in hazard pay, according to the documents.

Lowe stated in the complaint that agency employees who worked from home in the covid-19 pandemic should not have received hazard pay because they were not required to work in their offices and therefore did not count as "essential workers."

Lowe also said Jarmon authorized the hazard pay without the necessary board approval.

The payments came to the board's attention during a recent routine review of the agency's finances, Lowe said.

"We want to be transparent with the public because it's public money," he said. "Looking at the definition of hazard pay, we don't think it fits the criteria, and you can see the exorbitant amounts that were paid out."

He said possible financial misconduct is HUD's responsibility to investigate.

Jarmon declined to comment on Lowe's accusations, citing her pending federal lawsuit against the agency over allegations of wrongful termination.

Her attorney, Chris Corbitt, said he "will respond in due time" to what "appear to be baseless" allegations.

The Democrat-Gazette requested board-approved resolutions pertaining to CARES Act spending via an Arkansas Freedom of Information Act request, but the Metropolitan Housing Alliance had not provided any resolutions as of Friday evening.

The alliance oversees about 900 traditional public housing units, 200 affordable housing units and 160 market-rate units. It also administers more than 2,000 Section 8 vouchers. It is the largest public housing authority in Arkansas and provides housing assistance to about 8,000 low-income people.

Lowe's complaint alleges that Jarmon and the housing authority's former contracts and procurement coordinator, Jada Johnson, improperly procured and maintained several contracts with other entities, including "an illegal contract with an information technology contractor since 2012."

The contract was with a Roland-based company called Advanced Networking. The agency ended its business relationship with the company in May 2021 after hiring an in-house information technology director, according to documents Jarmon provided to the Democrat-Gazette.

Lowe said one of his primary concerns in his complaint was about a consulting business Jarmon has run since 2004. Lowe did not mention this business, NKA Contractors, in his April 2 complaint to the federal housing department, but he sent a follow-up email April 3 with an allegation of "Dr. Jarmon and Jada [Johnson] doing business of personal use in using the resources of MHA."

In an attachment to his complaint, Lowe provided a document with corporate information about Jarmon's company. The information was pulled from the Arkansas secretary of state's website. It shows that the company is in "good standing" and lists Jarmon as its incorporator/organizer and Johnson as its registered agent.

NKA Contractors has provided "public sector consulting services" to public housing authorities since Jarmon started the company in 2004, according to its website. The company is also registered in New York, Florida and Louisiana.

Jarmon provided the Democrat-Gazette with emails between her and the Metropolitan Housing Alliance board from the summer of 2020, when the board had just chosen her to lead the agency. She disclosed her privately owned business to the board and said she wanted to begin her contract with the housing authority under her company name "instead of as an individual [to] minimize the appearance of 'double dipping,'" according to an email from Aug. 13, 2020.

Johnson resigned from the Metropolitan Housing Alliance on March 15.

Lowe alluded to his complaints against Jarmon and Johnson at the board's regular monthly meeting on April 21 when he read aloud an April 19 email from the Office of Inspector General acknowledging receipt of his messages earlier that month.

He then sent the complaint to the Democrat-Gazette last week.

Her departure was part of a revolving door of leadership at the housing authority, which has seen six interim or official executive directors in the past 3½ years. She and her two immediate predecessors left or were forced out after clashes with the board of commissioners.

The board initially chose Jarmon for the executive director post in 2019, but she declined the offer. The board restarted the search and eventually chose Anthony Snell for the post. Snell resigned in June 2020 and wrote in his resignation letter that the board had harmed and micromanaged the agency.

At the same time as Snell's resignation, a group of anonymous agency employees wrote a letter to Little Rock Mayor Frank Scott Jr.'s office asking for the removal of all five members of the board. The employees said they were anonymous "due to a fear of future retaliation" and alleged both excessive oversight and "great incompetence" from the board.

Jarmon made the same request for the board's removal in her June 2021 complaint, a 161-page memo to Scott's office and the federal housing department's Little Rock field office. The memo included a collection of emails, bank statements, board minutes, board resolutions and other documents -- including Snell's resignation letter -- as exhibits.

Like Snell, Jarmon said the board overinvolved itself in the housing authority's day-to-day operations. Her other allegations included unnecessary spending, the sidestepping of necessary federal approvals, and conflicts of interest between commissioners and parties involved in transactions with the housing authority.

Arkansas law gives local governments the power to remove housing authority commissioners "for inefficiency or neglect of duty or misconduct in office."

However, Scott's office said in September that the city was in a holding pattern, awaiting the conclusion of HUD's investigation into Jarmon's complaint.

Lowe dismissed Jarmon's allegations as "noise" and "conjecture" at the time they were made. He also said Jarmon's memo had no teeth because she did not send it directly to HUD's Office of Inspector General.

The board suspended Jarmon with pay shortly after she filed the complaint, and it fired her two months later.

Shortly before her firing, Jarmon filed a second complaint with HUD, alleging that her suspension was retaliation for her first complaint.

In October, Jarmon sued the housing authority on the grounds of wrongful termination, alleging that her firing was retaliation for her second complaint against the board. The suit requests financial compensation for "irreparable harm to her reputation" as well as "emotional pain and turmoil," according to court documents.

The HUD Office of Inspector General said in a March letter to Corbitt that it had closed its investigation into Jarmon's retaliation complaint, citing the pending federal lawsuit. The letter specified that it was only about one complaint and that investigations into waste, fraud and abuse were a separate matter.

Upon Jarmon's suspension, then-financial director Andy Delaney served as the housing authority's acting executive director from June to September before leaving the agency. The board chose Ericka Benedicto, former diversity chief for the city of Little Rock, as interim director before hiring her on an official basis in January.