Minyan on the Hill finding its groove in Northwest Arkansas 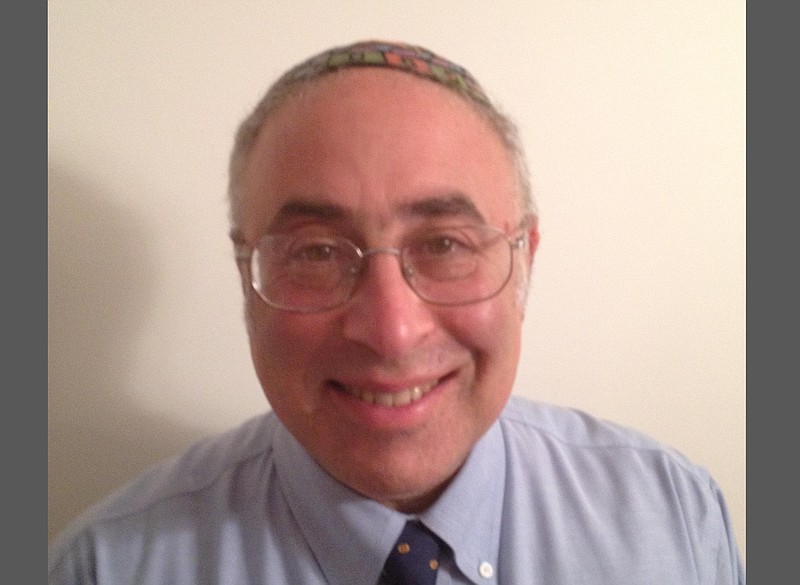 With the help of a Fayetteville church, a group of Northwest Arkansas Jews have begun gathering each month for a time of "ecstatic prayer and friendship."

Minyan on the Hill, organized by Rabbi Jacob Adler, has been meeting at First United Presbyterian Church on the second Friday of the month.

Starting this month, they'll be congregating there on the fourth Saturday as well.

"We do traditional egalitarian prayer, which hasn't been available in Northwest Arkansas," he said. "We use traditional liturgy, but men and women participate equally."

"We're hoping to get a Torah scroll so we can do a complete Saturday service," he said.

"Minyan," in Hebrew, means "number" or "count." It also refers to the quorum that is necessary to have proper communal worship, Adler said.

In Orthodox Judaism, at least 10 Jewish male adults must be present. In non-Orthodox circles, 10 adult Jews are sufficient, regardless of sex.

Minyan can also refer to a prayer group, regardless of size, Adler said.

At Minyan on the Hill, people praise God with their feet as well as their voices. They worship not only with words but with movement as well.

"With covid limitations, we don't get too ecstatic but we dance," Adler said.

Participants stand in a circle and sometimes jump, skip or leap for joy.

In a pre-covid world, worshippers would have held hands as well. These days, social distancing has made that impractical.

"Now, we try to be kind of separated and dance in a circle, but it's still definitely a group activity," he said.

"It's a very long tradition and many of the Psalms mention it," he said.

Psalm 149 declares: "Let Israel rejoice in his Maker; let the children of Zion be joyful in their King. Let them praise His name in the dance; let them sing praises unto Him with the timbrel and harp."

Similar commands are found elsewhere, including in Psalm 150.

King David, described in the Scriptures as "a man after God's own heart," was known to "dance before the Lord," the Hebrew Bible says.

Hasidic Jews have long used dancing in their religious practices, though it is less common in other Jewish traditions, Adler said.

In the orthodox community, men and women traditionally dance separately.

The Fayetteville prayer group does not segregate worshippers by sex.

Adler, an associate professor of philosophy at the University of Arkansas, moved to Fayetteville in 1984 to teach after earning undergraduate and graduate degrees from Harvard University.

Later in life, he returned to school, securing a master of arts in Hebrew Letters and ordination in 2006 from Reconstructionist Rabbinical College.

From 2002-2003, he served as a part-time student rabbi for United Hebrew Congregation in Fort Smith. From 2004-2006, he was a student rabbi at Temple Shalom of Northwest Arkansas in Fayetteville.

He remained at Temple Shalom after receiving his ordination, serving as its rabbi from 2006 until his retirement from the pulpit in 2019 or 2020. He is now the temple's rabbi emeritus.

Rather than meeting in a temple or synagogue, the prayer group meets in the Presbyterian congregation's Witherspoon building. Typically, 15 or 20 people participate.

"We're very, very grateful to the church for letting us use the space," Adler said.

Russell Ashley said he enjoys the prayers and the opportunity to visit that follows.

"Afterward, we'll ... [eat] and enjoy a little fellowship before we disband," he said.

"It's important that we have those times together," he said. "If we don't, we just draw further and further apart -- and that's not good."

More information is available at minyanonthehill.org.