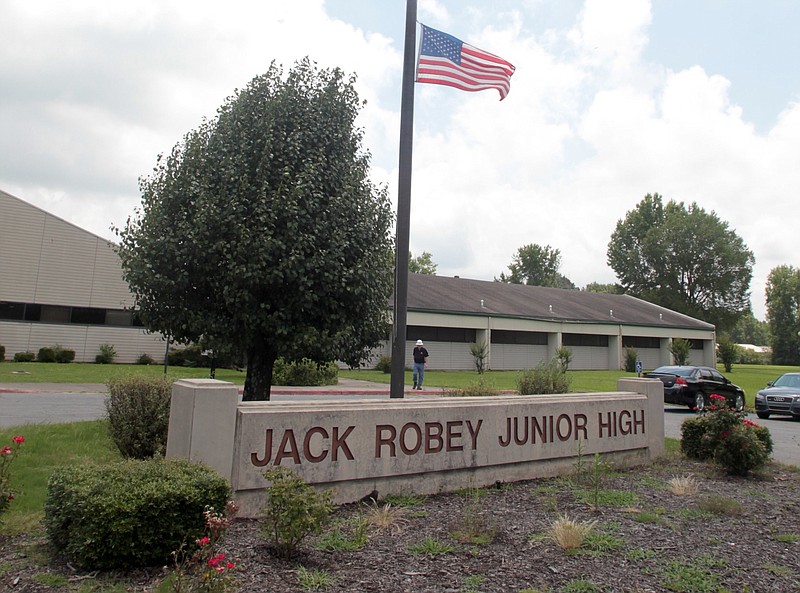 A 12-year-old student of Jack Robey Junior High was arrested at about 9:30 p.m. Thursday after an investigation into threats against the school, according to a news release from the Pine Bluff Police Department.

Shortly after 8 p.m. Thursday, the student posted a photo on the Discord social media app, police said. In the photo, the student was holding a handgun, with a post claiming his intent to shoot up the school, according to police.

The post was brought to the attention of police by a concerned parent shortly after, authorities said. Officers and detectives with the department launched an immediate investigation to determine who made the post. By 9:30 p.m., the suspect had been identified and arrested.

During the course of the investigation, the gun shown in the picture was seized by members of the agency, police said. The motive behind the post and how he obtained the firearm are still being investigated, according to police.

"At this time, we believe this young man was acting alone when he made the post and there are no other suspects or threat to the school," stated a news release. "Because of his age, the young man will not be identified by name but he is being held at the Juvenile Justice Center. He is currently being held on charges of 1st Degree Terroristic Threatening, Threatening to commit act of mass violence on school property, and being a Minor in Possession of a Firearm."

Chief of Police Lloyd Franklin Sr. said he was proud of the swift work of both the patrol officer and the detectives on the case, adding that their diligence and speed allowed for the suspect to be identified and arrested quickly. They "quite possibly prevented a disaster," stated the release.

Franklin said additional officers were on the campuses of Jack Robey Junior High and Pine Bluff High School on Friday. The officers' presence was precautionary and "a show of commitment of the Pine Bluff Police Department to keep our young citizens safe," stated the release.