Parents of the bride are Susan and Andrew Miller of Little Rock. She is the granddaughter of Becky and Bill May, Mary Carolyn Harper, the late Dr. Fredrick Harper and the late Charles Wilbourn Miller, all also of Little Rock.

Escorted by her father, the bride wore her grandmother's wedding gown of candlelight silk organza and Chantilly lace over taffeta with a cathedral-length train, also worn by her mother when she was a bride. She carried a bouquet of garden roses accented with cotton bolls.

Serving as matron of honor was Meredith Schasch of St. Louis. Bridesmaids were Erin Moon of Lake Village, Lauren Miller of Sherwood, and Lexie Allensworth, Lauren Allensworth and Suzanna Haygood, all of Little Rock. They wore petal colored gowns and carried bouquets of roses and cotton bolls.

Flower girl was Josie Kate Ferraro and ring bearers were Jack Ferraro and Owen Ferraro, all of Little Rock

A tented reception was held on the grounds of Marlsgate. The entrance was framed with antique 10-foot tall white shutters, antique cast iron urns and white wedding flowers. Reception tables were decorated with long runners of cotton and glass cylinders filled with antique silver candlesticks and white taper candles.

The bride is a graduate of the University of Arkansas, Fayetteville with a bachelor's degree in nursing and is a registered nurse.

The groom also has a bachelor's degree in nursing from UA and is also a registered nurse.

The couple will live in Little Rock and plan a delayed honeymoon in St. Lucia. 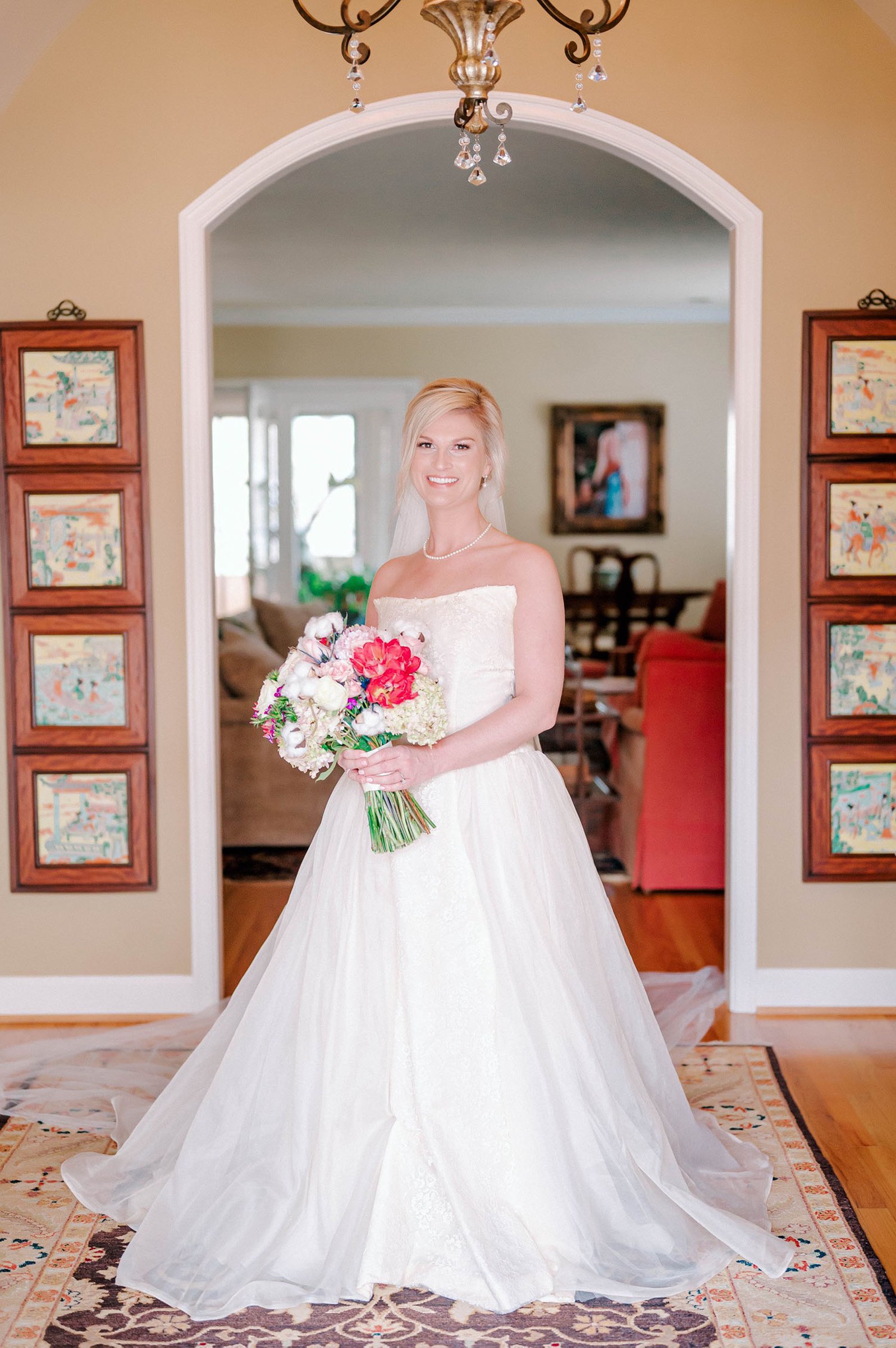