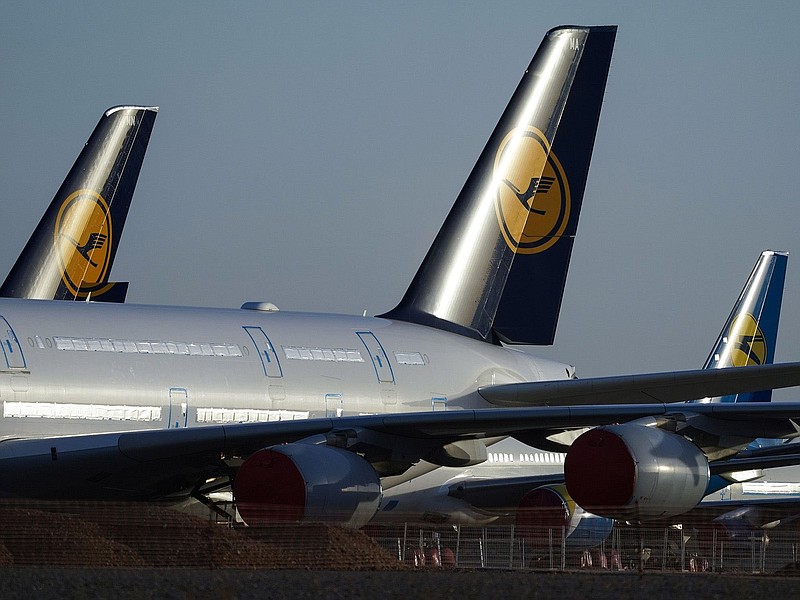 Europe's biggest airlines are growing increasingly confident that the easing of coronavirus restrictions will kick off a summer boom as a surge in bookings spurs them to lift capacity.

Deutsche Lufthansa and Air France-KLM are less certain about prospects going deeper into the year, with the German company saying last week that fuel prices are tough to predict and that it's not clear how far increasing household costs will weigh on demand.

Both carriers reported a strong start to 2022 after the impact from the omicron variant of covid-19 quickly faded. Lufthansa said that demand has "recovered faster and stronger than expected in recent weeks," while Air France-KLM Chief Executive Officer Ben Smith said that corporate and premium sales have begun to revive, after an already strong upward trend in leisure demand.

European airlines are adding seats and flights as the dropping of travel curbs opens up markets after two years of upheaval, with Lufthansa planning to deploy 2022 capacity equal to 75% of the 2019 level, up from 70% previously. At the same time a jump in costs for everything from fuel to staff is pressuring margins, pushing carriers to raise fares -- something that might not be sustainable as household budgets come under pressure.

Air France-KLM said in a statement it expects to break even in operating income in the second quarter and to be "significantly positive" in the third. Lufthansa, which already posted a surprise profit in the third quarter of last year, reiterated guidance for an improvement in full-year adjusted earnings before interest and tax.

Air France-KLM reported an operating loss of $368 million for the first quarter, a 40% beat on expectations, according to Bernstein analyst Alex Irving, who said in a note that "the outlook for the summer is sunny," while Lufthansa cut its adjusted loss to $621.8 million, also beating analyst estimates.

Carsten Spohr, the German company's CEO, said he's "mentally ticking off the crisis" as the covid-19 threat recedes. At the same time, Lufthansa warned that "uncertainties remain for the company's further business development," with the fuel trend and consumer behavior as inflation climbs impossible to predict.

German inflation last monthcq jumped to the highest level since post-reunification records began in the early 1990s, while Lufthansa's kerosene costs more than doubled in the first quarter.

The carriers have some protection again the oil price. Lufthansa is hedged on 63% of its expected 2022 fuel requirement at a break even price of $74 per barrel, with coverage ranging from 65% this quarter to 55% in the fourth.

Air France-KLM is 72% hedged for the current quarter, dropping to 43% by the final three months.

CEO Smith said the Franco-Dutch company also sees increases in staff costs, though wage demands should be balanced by relations with unions that "are much better than they've been for decades." Lufthansa, by contrast, said it has made little progress in pay talks with pilots.

London Heathrow airport, Europe's busiest before the pandemic, recently raised its passenger forecast for the year, but warned that demand is likely to drop off in late summer and beyond as the boom gives way to a "winter freeze." It said much current demand is from people reuniting with loved ones or cashing in vouchers from postponed journeys, both short-term trends.

Smith, though, told Bloomberg TV he sees travel remaining a priority for people for at least the next nine months to a year. Sales should be buoyed by the "new phenomenon" of high-end leisure bookings, with spending on personal trips far higher than before the pandemic. He said the trend has led to soaring occupancy at the top Paris hotels and appears to be "here to stay."

Corporate travel at Air France-KLM is also back to 70% of normal levels across the North Atlantic, with the group planning to deploy more capacity there this summer than in 2019. Lufthansa Chief Financial Officer Remco Steenbergen said business travelers have so far been accepting of fare increases, with no immediate prospect of the increases hitting demand.

In the longer term, there's still confidence that aviation will overcome current obstacles, with Toulouse, France-based Airbus forging ahead with plans to ramp up production of its bestselling A320 family of jets to 75 a month by 2025, a jump of 50% on the build rate now.

Lufthansa said it could even look at taking used jets to swell a fleet it's been trimming if demand further improves, and is in also in discussions with Boeing about the availability of new long-haul models.

Information for this article was contributed by Anna Edwards of Bloomberg News.